Automaker recruits three figures from Ferrari for next mid-engine car

Matthew Askari
Aston Martin is wasting no time in its aggressive product rollout, and it's putting Ferrari and other supercar makers on notice.

At the recent launch of the DB11 V8 in Catalonia, Spain, we caught up with Aston Martin CEO Andy Palmer. The Aston chief gave us new details on plans for a mid-engine car to go up against the Ferrari 488 GTB, the McLaren 720S and the Lamborghini Huracán.

Palmer says Aston has harnessed a great deal of learning from the $3 million Valkyrie hypercar and plans to apply that to its next mid-engine car, slated to land sometime in 2020 or so. As indicated in part of our conversation below, design plans for that car are developing quickly. 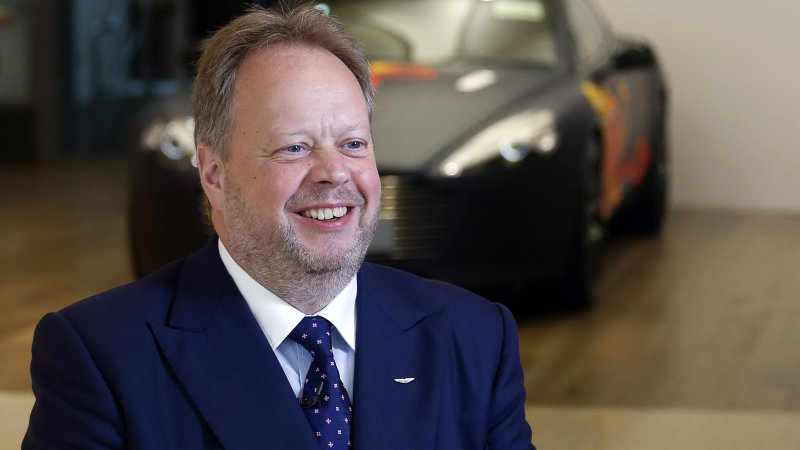 Autoblog: You said there will be a forthcoming mid-engine sports car. I still think the Ferrari 488 GTB is one of the best I've driven. How do you compete with that?

Andy Palmer: "Well, I agree with you. That's the best car in its segment. And we're going to take it on. And I realize the gravity of that statement, of what that means."

AP: "Well, to start with, you recruit from Ferrari the head of body structures, and the head of powertrains. I've now got three of Ferrari's key guys. And really, it's a big compliment to Ferrari. That's the defining car in its segment, and it's really, really good. And those three guys now work for me. And you combine those guys with Nick [Lines, chief planning officer, Aston Martin] and Marek [Reichman, chief creative officer, Aston Martin] who you know really well, and you create some great recipes. And now I've got a better understanding of what that car looks like."

AB: How far along is that car? Is there a clay model already?

AP: "Yeah, there's clay. There's actually eight quarter-scales. And there's one in particular that I'm leaning toward. We've got it pushed out; it's gone to a second studio in Milton Keynes. That studio is different from Gaydon. And I've got a pretty good idea of what the replacement for the 488 is going to be like as well. So, if we're going in that market, we need to be ahead of the 488. And there's no naïveté about what that means." 
One of the recruits Palmer is referring to is Max Szwaj, former head of innovation and body structures at Ferrari and Maserati. Szwaj has been named vice president and chief technical officer in his new role in Gaydon. Another recruit, Joerg Ross, formerly head of advanced engines at Ferrari and Maserati, assumes the chief engineer, powertrain, role at Aston. A third recruit by way of Modena is a very recent acquisition and has yet to be formally announced.

Aston Martin's forthcoming car would slot above the Vanquish GT and below the Valkyrie hypercar in the lineup. And while the British luxe automaker is developing replacements for its existing lineup — most recently kicked off by the new DB11 — the Ferrari 488 fighter would join the upcoming DBX SUV as an all-new model line for Aston.