The first-generation Mazda RX-7 was sold in North America for the 1979 through 1984 model years, and California car shoppers loved these high-revving Wankel-powered sports cars. Most were hooned to death, sadly, ending their careers against concrete freeway abutments or suffering the death-of-a-thousand-cuts induced by backyard "tuners" over the decades. Here's one that made it to age 34 before winding up in this San Francisco Bay Area self-service wrecking yard. 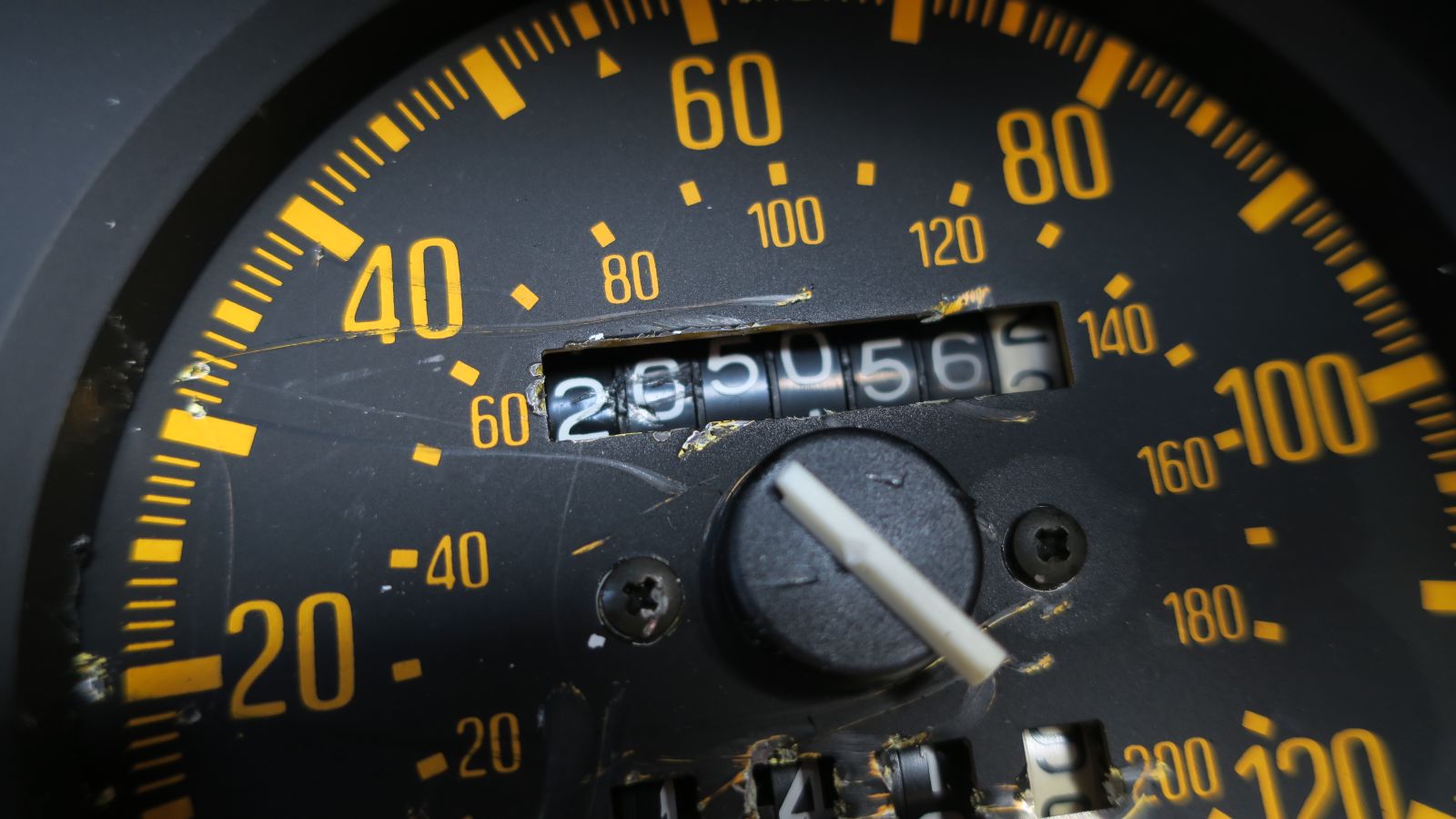 Some vandal smashed up the instrument cluster, so we can't be sure this odometer reading is correct. If it speaks the truth, this is one of the highest-mileage FB RX-7s I have ever seen in a place like this. 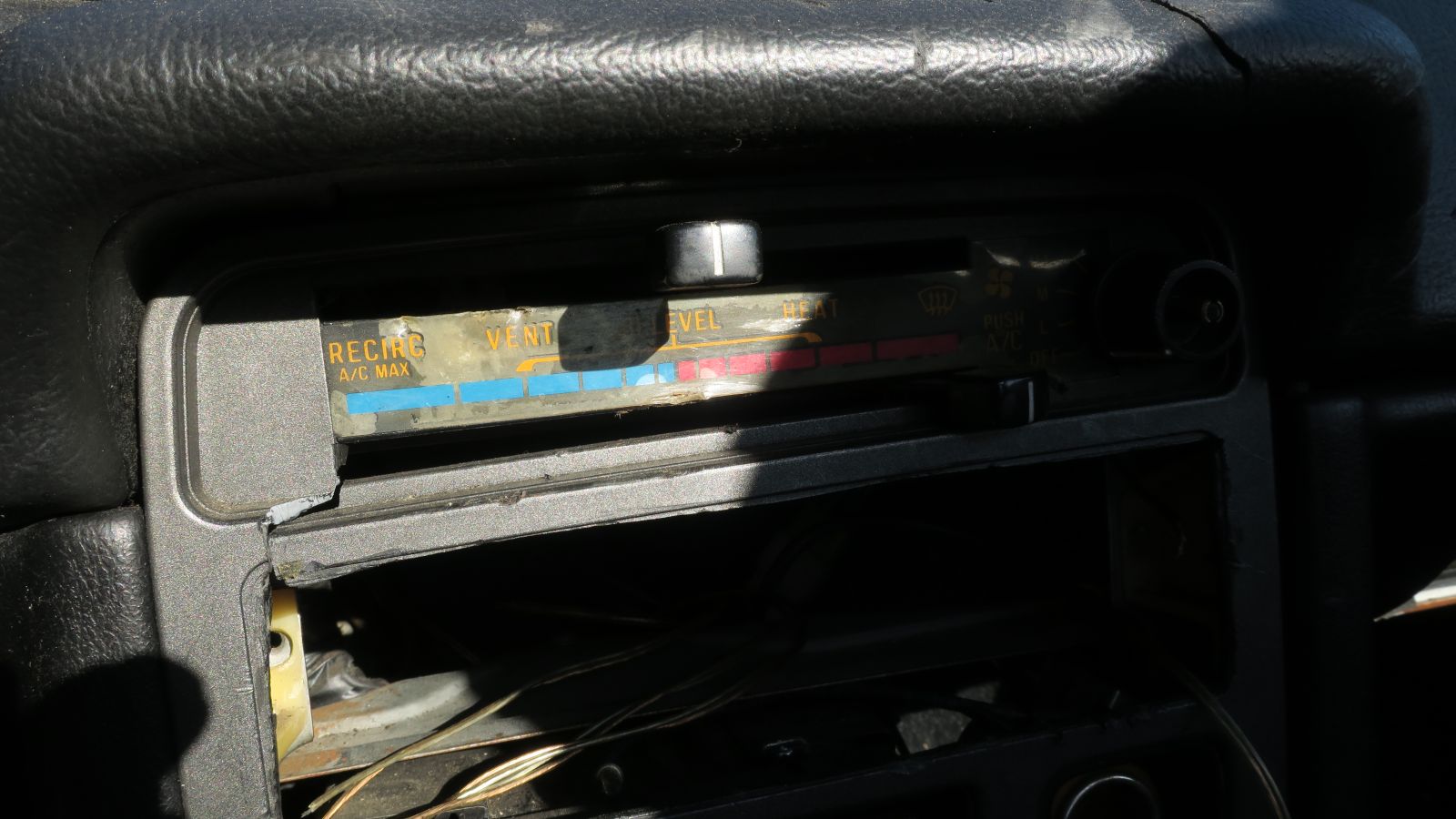 Air conditioning was a very rare option on these cars, at least in not-so-hot coastal California. 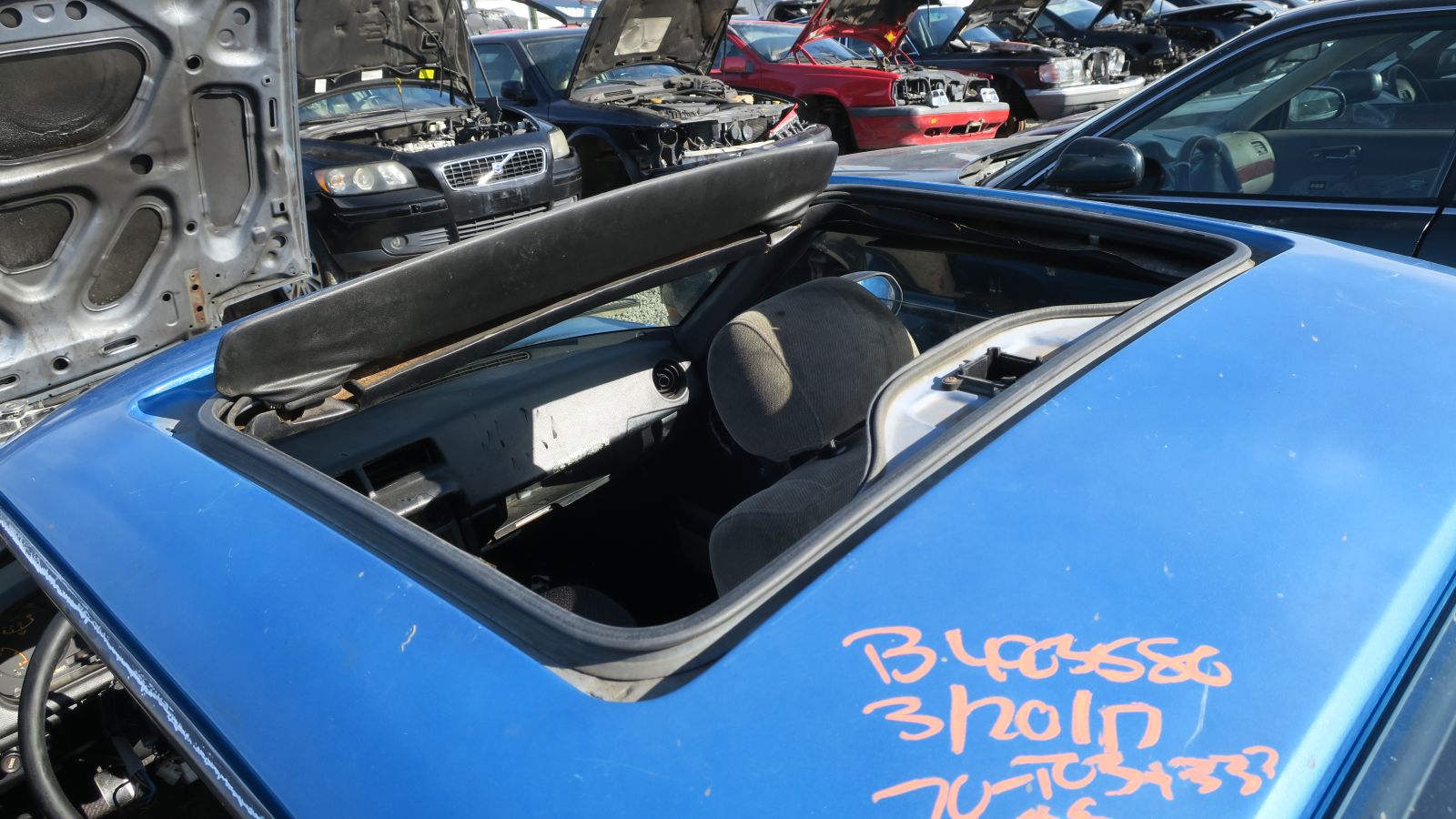 If you're going to open your wallet for the A/C, why not get the sunroof to go with it? Sunroofs were status-symbol items during the early 1980s. 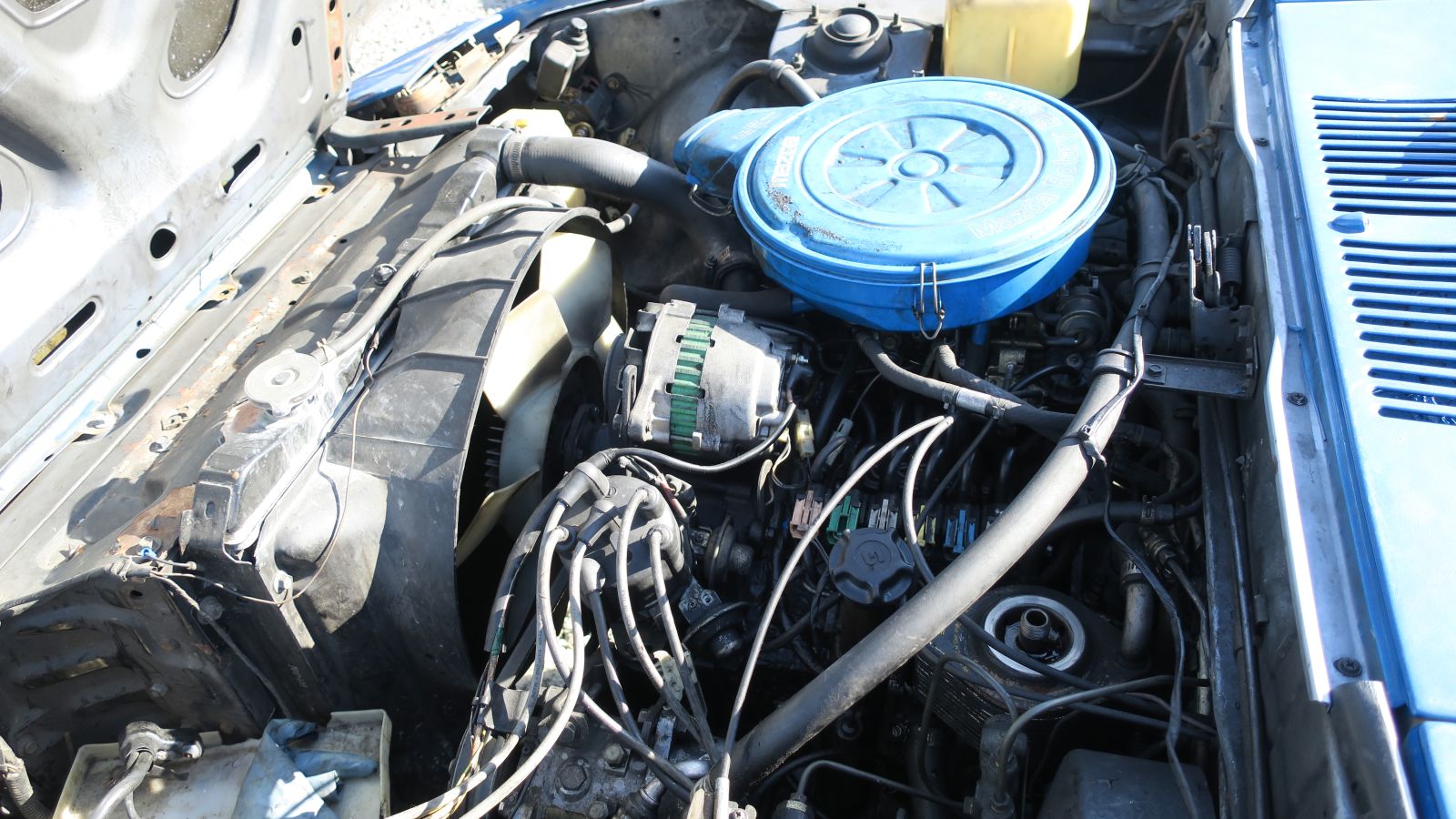 12A engines mostly go right to the crusher, once they reach a place like this. Everyone who wants to stockpile 12As already has a half-dozen in the garage. This one was rated at 100 horsepower, which was fairly serious stuff in a 2,345-pound car in 1983.

In this U.S.-market ad, the 1983 RX-7 was pitched as the best-selling two-seat sports car in the country. Of course, not many affordable two-seaters were available that year; there were no 1983 Corvettes, MGB sales ended in 1980, Triumph Spitfires and TR7s were gone after 1981, and few were willing to buy Ford EXPs or Bertone-badged Fiat X1/9s. Perhaps the $15,495 Alfa Romeo Spider and $14,799 Datsun 280ZX were tough competition, but the most inexpensive RX-7 was a mere $9,695.

It should go without saying that the Japanese-market TV advertisements for the RX-7 were more entertaining than the U.S.-market ones.