Chevrolet Corvette ZR1 will get an automatic transmission option

It's also going to have loads of carbon fiber trim

Chevrolet's ultimate performance Corvette is nearing production, and we just got one of our best looks at its interior. Things haven't changed much from the standard Corvette to this ZR1 prototype. The overall shape of the dash on this and the infotainment system are the same. It does have a new steering wheel with lots of carbon fiber and suede, which matches well with the large glossy carbon fiber trim panels on the dash.

The big news is the transmission. We can clearly see that this ZR1 has an automatic, which is a bit surprising since the highest-performance Camaro, the ZL1 1LE, is a manual-only car. But there's no doubt this prototype has an automatic. We know because of the slightly narrow opening for the shifter, a "-" on the left shift paddle (no "Rev Match"), the fact that the knob is the same shape as the ones in other automatic 'Vettes, and the top has "speed" printed on it. On other automatic-equipped Corvettes, since they have eight-speed transmissions, "eight" is written next to "speed."

Unfortunately, we can't make out what number is written on this knob. Using the Z06's eight-speed would seem like a logical choice, since it already fits the car, and it has proven its strength in the 650-horsepower sports car. There is, however, a distinct chance that Chevrolet may choose the new 10-speed automatic used in the Camaro ZL1, which also uses the Z06's supercharged V8. That transmission would also give the ZR1 another bragging point. We wouldn't object either, since the 10-speed works excellently in the ZL1.

For fans of manual transmissions, though, we have no doubt that when the ZR1 makes its appearance, it will have a transmission that requires the use of three pedals. Here's what else we know and expect from the monster 'Vette. 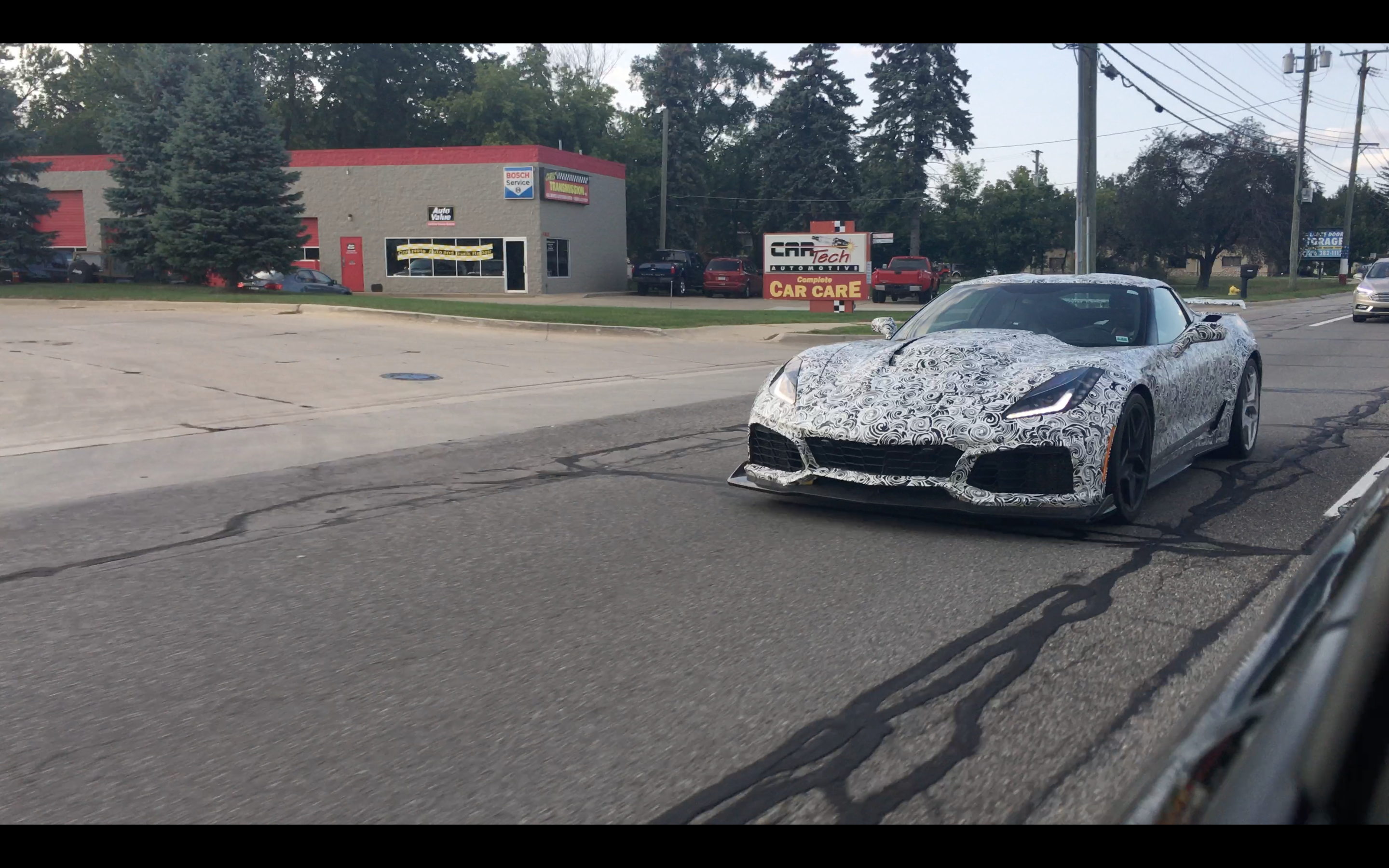