The W Platform proved to be extremely long-lived and versatile for General Motors, remaining in production from 1988 all the way through 2016. You had your Impalas and your Regals and your Cutlass Supremes, and of course the 1988-2008 Pontiac Grand Prix was a W-body. For the 2000 model year, Pontiac made the racy-looking Daytona 500 Edition Grand Prix, an example of which I just found in a Northern California self-service wrecking yard. 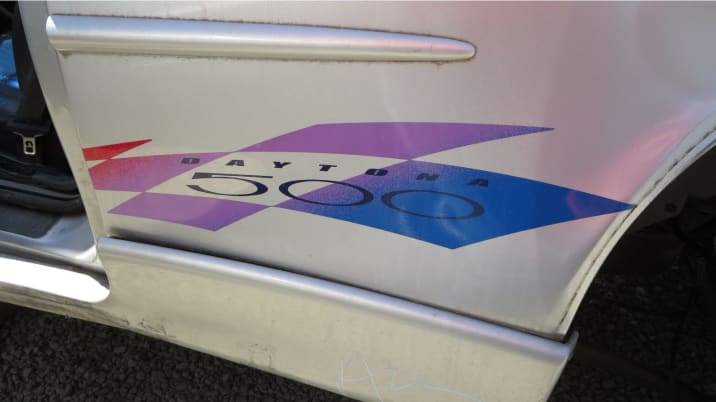 2,000 of these cars were made, presumably because it was the year 2000, and each one sports plenty of cool-looking Daytona 500 graphics. 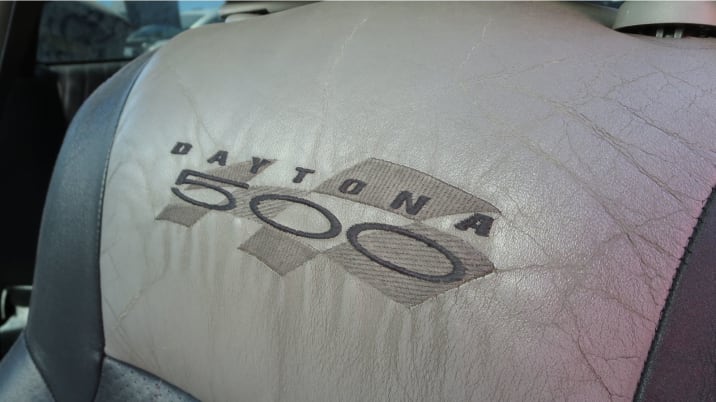 Perhaps some Regal owner will buy these seats and swap them. 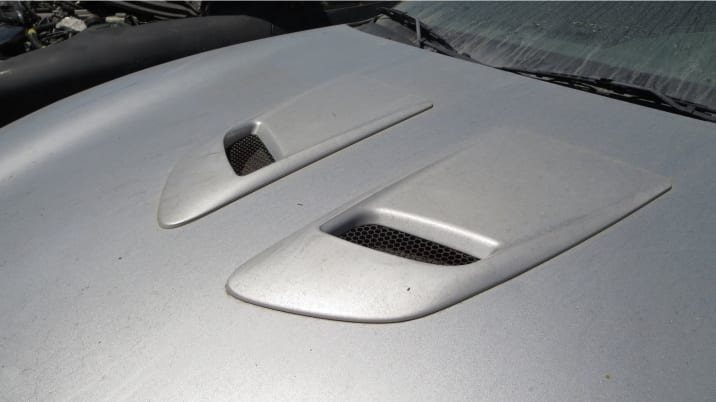 This is the second junked Daytona 500 Grand Prix I have seen recently, after this one in Colorado. 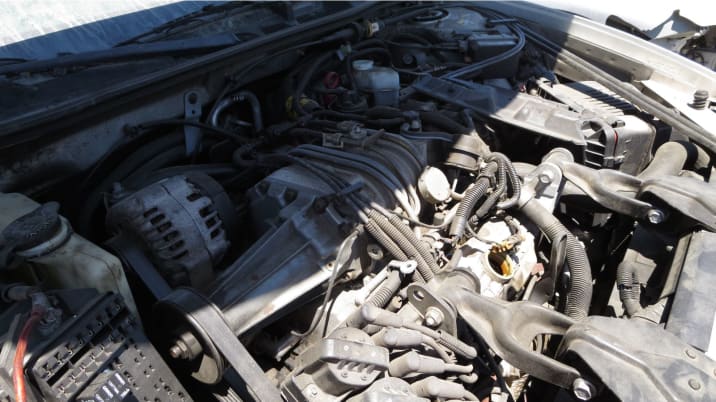 The Daytona 500 was about the same as the GTP version, with Eaton-supercharged 3800 engine making a respectable 240 horsepower. Disappointingly, this car has an automatic transmission. 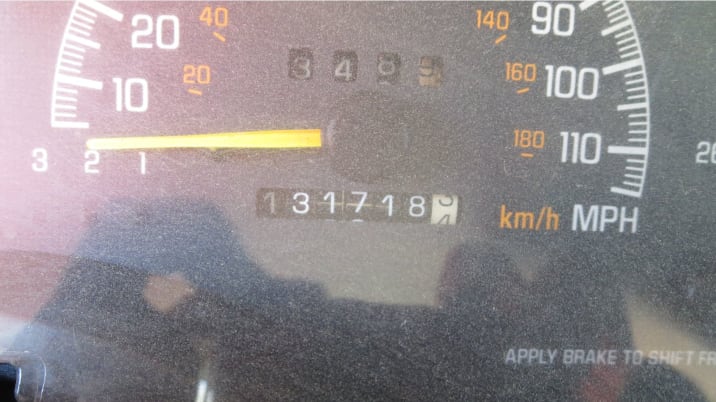