The Continental GT is an incredibly important model for Bentley, having kicked off the British luxury brand's current resurgence. To wit, in 2003, the year the Continental GT was introduced, Bentley sold around a thousand vehicles. Just a decade later, Bentley was selling 10 times that many cars. You can be sure that the automaker doesn't want that explosive growth to slow down, and the new 2019 Continental GT you see here looks certain to keep customers flowing into Bentley dealerships for the foreseeable future.

If you were expecting lots of technology in this new Continental, you'll find it front and center in the cockpit. There's a fully digital dash that mimics conventional gauges on either side of a configurable screen, but the real showstopper is the 12.3-inch Rotating Display. When the car is turned off, the infotainment screen spins to hide behind a wooden veneer – just a small part of the 107 square feet of wood inside – but that's not its only trick. In addition to the LCD screen, there's a third mode festooned with a temperature gauge, compass, and chronometer. 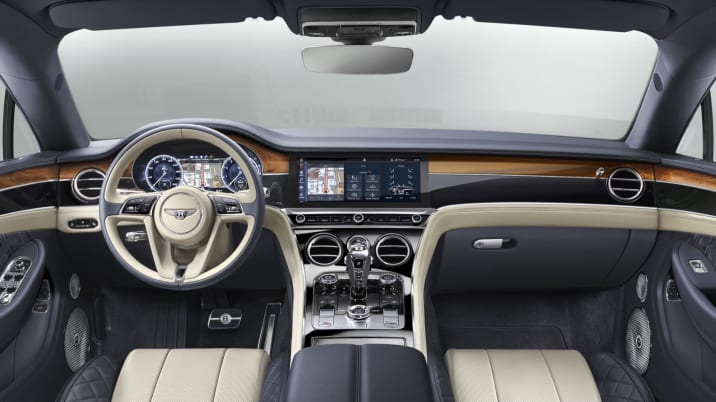 A 6.0-liter W12 engine sends 626 horsepower and 664 pound-feet of torque to all four wheels through an eight-speed automatic transmission. The run to 60 takes just 3.6 seconds, and the top speed is listed at 207 miles per hour. If you were expecting some sort of electrification, you'll have to look elsewhere. A 48-volt electronics system with actuators to help keep the big coupe planted during corners is borrowed from corporate cousins Audi, as do LED Matrix headlights.

We'll see the 2019 Continental GT in person at the Frankfurt Motor Show. Pricing has yet to be announced, but we'd expect it to be slightly higher than the $200,000 asking price of the current model.