We think of the Geo Prizm as the sturdy, uninteresting GM version of the Corolla, but there was a factory-high-performance version: the GSi. They were rare to begin with and almost forgotten today, but I keep my eyes open for them when I'm searching for interesting vehicles for this series. Here's a high-mileage example in a Denver-area self-service yard. 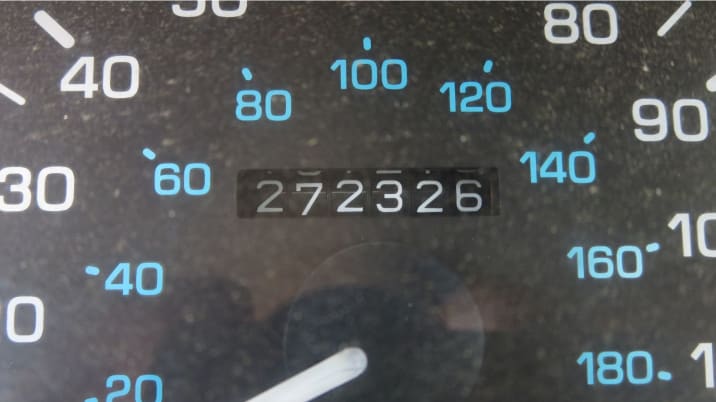 Pretty close to 300,000 miles on the clock, which is impressive even for a Corolla. 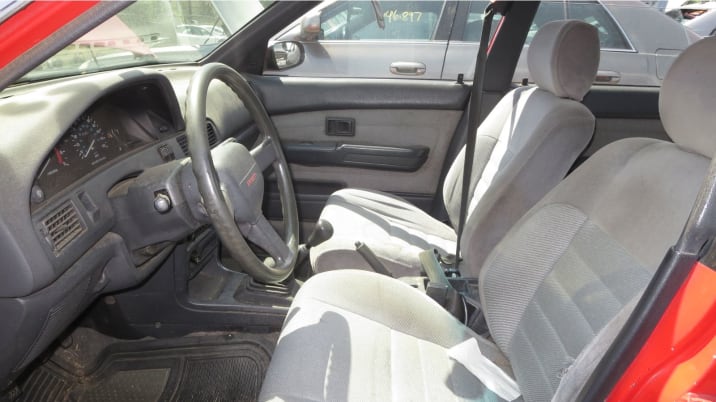 Look at those seats! You'd never know this was a high-mile car. 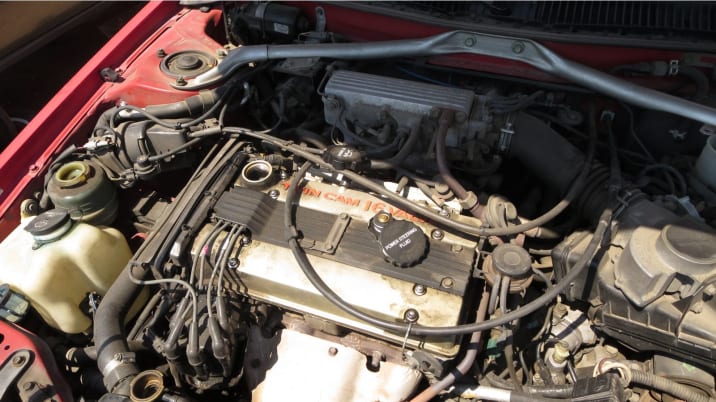 The engine is the same "red top" 4A-GE that powered the 1991 Corolla GT-S, good for 130 horsepower. The GSi also came with four-wheel disc brakes, a sporty suspension, and aluminum wheels. 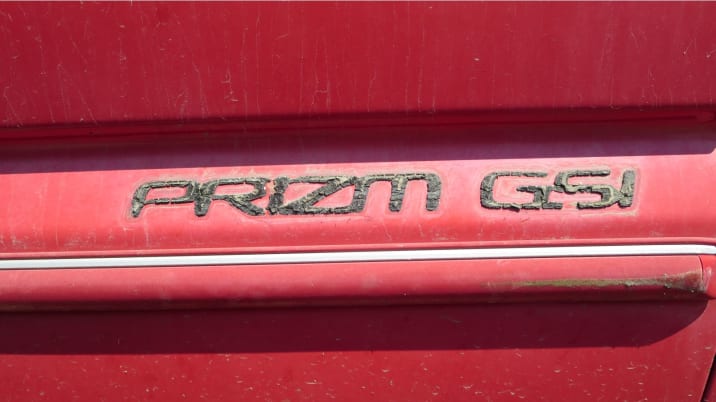 In all my years of looking for junkyard Prizm GSis, this is just the second one (after this '90). 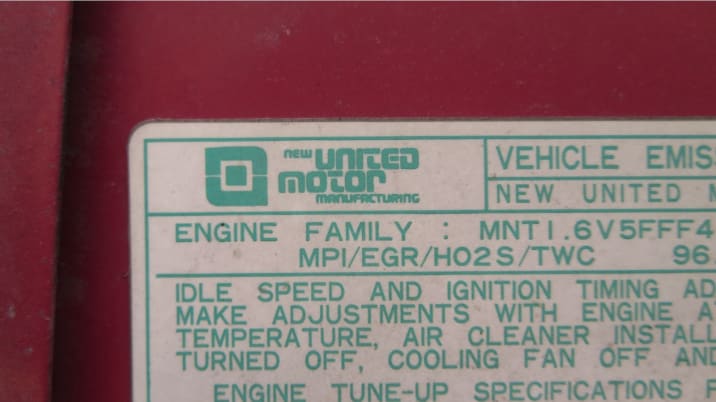 The Prizm was built at the New United Motor Manufacturing (aka NUMMI) plant in Fremont, California. Today, Teslas are built there. 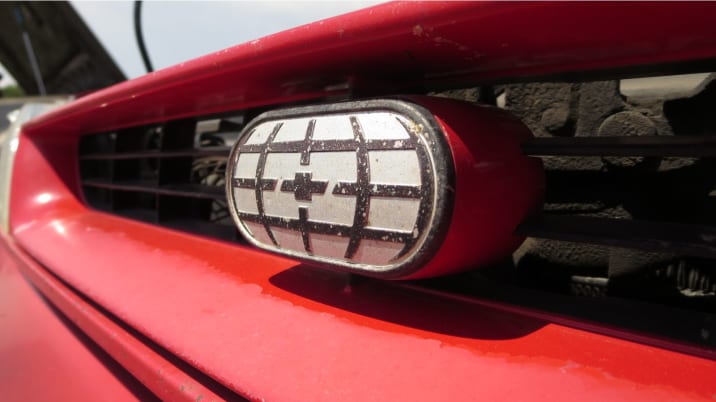 The Prizm was based on the Japanese-market Sprinter, so it wasn't identical to the Corolla sold in the United States during the era. The Geo brand got The General's axe in 1997, but the Prizm carried on with Chevrolet badging through 2002.