Joel Stocksdale
Dash cams aren't anything new, as years of police chase footage and Russian YouTube uploads show, but it is unusual for a car company to offer one from the factory, which is exactly what Nissan is doing with the JukeCam. It's not just a rudimentary one, either. It's a 360-degree unit developed with camera maker 360fly. It screws onto a mount that can be fitted to a Nissan Juke dash, and it records in 4K resolution.

Nissan suggests that it could be used to record driving adventures, or more pragmatically, be used to record potential evidence in the instance of a crash. It should be able to record constantly for all but the longest trips, since it's capable of storing up to three hours of footage. Nissan also suggests using it as a sort of 360-degree GoPro for sports, since this little camera can be removed and attached to a helmet mount. To demonstrate, Nissan found some professional pogo stick jumpers who wore the cameras while setting a Guinness World Record for most cars jumped over consecutively, which is three Nissan Jukes. You can check out the helmet cam footage, here. 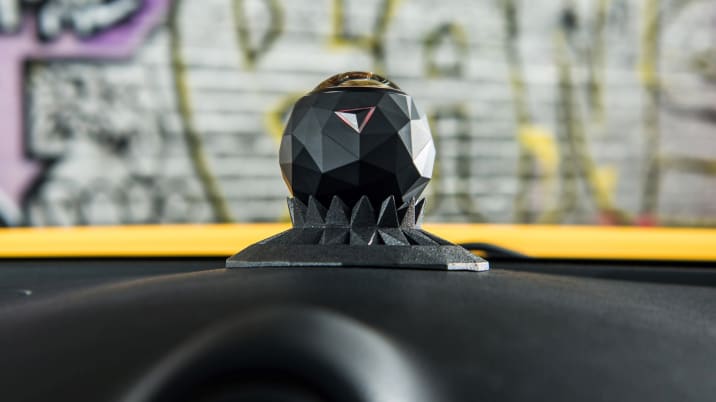 The JukeCam has only been announced for Europe at the time of writing. We reached out to a US Nissan representative, but he wasn't able to confirm availability of the camera here, yet. We'll update this post if we hear any updates.