It's not just loud, it sounds like an honest-to-god racecar. Lamborghini didn't need to build the Huracán Performante. The folks in Sant'Agata could have just rolled out another special-edition Huracán - Superleggera, Tricolore, probably even Mostaccholi - and sold every one. Instead, they gave the junior Lamborghini a trick active aerodynamics system and updated everything enabled by new levels of downforce and more grip from the latest-generation of tires. And then just to prove it's not messing around, Lamborghini went out and set at new production-car Nürburgring Lap Record.

The Huracán Performante is a statement. This is Lamborghini's way of saying that its future will not just be high-tech, but the kind that brings world-class performance. And it will be loud. Very loud.

Sound is the most defining characteristic of this car. In the era of turbocharging, everything else is too quiet. Quiet is not a problem in the Performante. In track-ready Corsa mode (one of three settings), the exhaust drowns out everything, even your internal monologue. And it's not just loud, it sounds like an honest-to-god racecar. Making a V10 sound not just decent, but back-of-the-neck-hair thrilling, would have been enough. 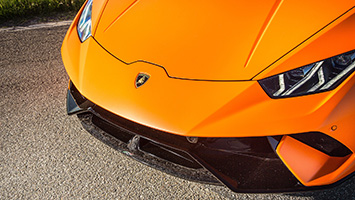 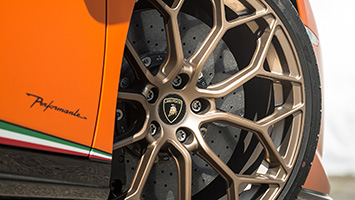 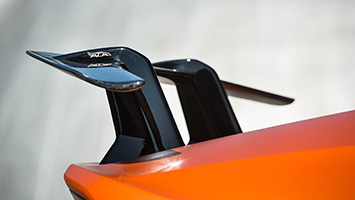 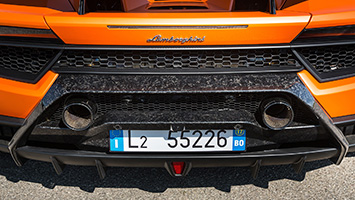 But as we've hinted, there's more to the Huracán Performante. So how did we get here? Lamborghini rolled out the Performante title to define all-encompassing performance. So the all-wheel-drive system stays, the engine gets tweaked, some weight goes out, and Aerodinamica Lamborghini Attiva (ALA, or Lamborghini Active Aerodynamics) comes in. Fun fact: Ala means "wing" in Italian.

We've covered most of the details in earlier posts, but to quickly review: ALA uses internal flaps at the front splitter and on the rear wing to alter airflow, either running for maximum downforce or creating a stall effect that lowers drag. At the rear, the system channels air through the wing struts, and using each side independently aids the handling. The increased downforce, plus sticky new Pirelli P Zero Corsa tires, necessitated a retuning of the suspension. Through new springs and anti-roll bars, vertical stiffness is up 10 percent, and roll stiffness increases 15 points.

The engine gets a new intake and exhaust, plus titanium intake valves that allow more lift. The improved breathing is good for 630 horsepower, 28 more than before, with 443 pound-feet of torque. And to tie it all together, the integrated chassis control system (Lamborghini calls it ANIMA) was recalibrated. 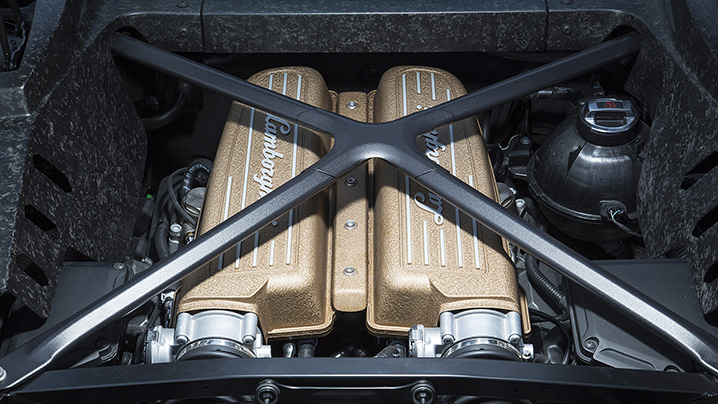 The revised aerodynamics also come with new front and rear bodywork. It's most prominent at the rear, where the high-mounted exhaust underlines the FIA GT3 vibe of this car. Inside, it's the now familiar hexagon-and-jet-fighter theme of the Huracán, only now with overt callouts to the Forged Composite ( Lambo's take on compression-molded carbon fiber) HVAC vents. It's a bit conspicuous, but if you get to a seated position in a Huracán without realizing that already, you're missing the point.

So we have a lineup of day-glo Performantes, sporting wings reminiscent of the Countach, lined up in pit row at the Autodromo Enzo i Dino Ferrari in Imola, Italy. Imola is one of motorsport's most sacred temples, and not just because of the tragedy that took Aryton Senna's life. It's an old-school track, the kind where every second of a fast lap is on the edge and the walls seem far too close.

The Huracán, prior to the Performante, was not an ideal modern supercar. At least not to this writer. It does all the right things but with less character than you'd expect from an Italian wedge-car. And it always has understeer at the ready. The Performante, however, is an entirely different Huracán. 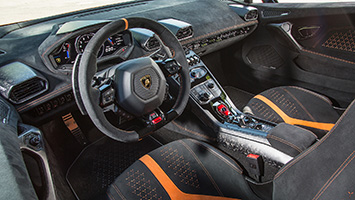 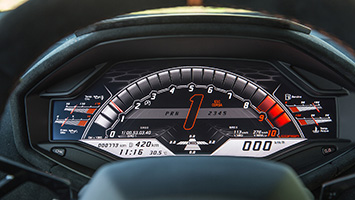 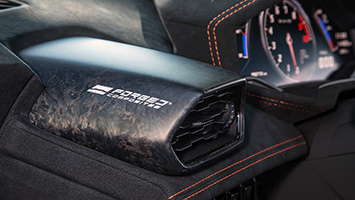 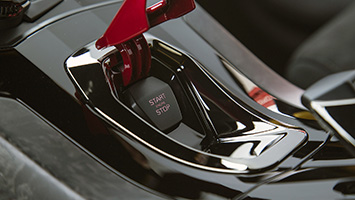 First off, ALA works. You can feel it in the way the car jukes right and left until you realize you can put in less steering. But also because the understeer is gone in the Huracán. It's tenacious with its grip, but also balanced. Much of this is also due, no doubt, to the tires. But the higher limits of the Performante also come with more engagement at every speed. They took the Huracán and added back the character it needed all along.

Which brings us back to the noise, and the magic that is a naturally aspirated engine. Throttle response is instant in the Performante, and the car reaches the 8,500-rpm redline so fast that cracking off the next gear with the paddle shifter makes the seven-speed dual clutch buck with displeasure. Time the shift better, and things go smoother. The same cannot be said for the suspension, which feels racecar-stiff when clipping curbs through Imola's numerous chicanes. On the street in the softer Strada and Sport modes (which disable ALA, by the way, lest you juke into a median divider), the ride is softer, even downright livable. 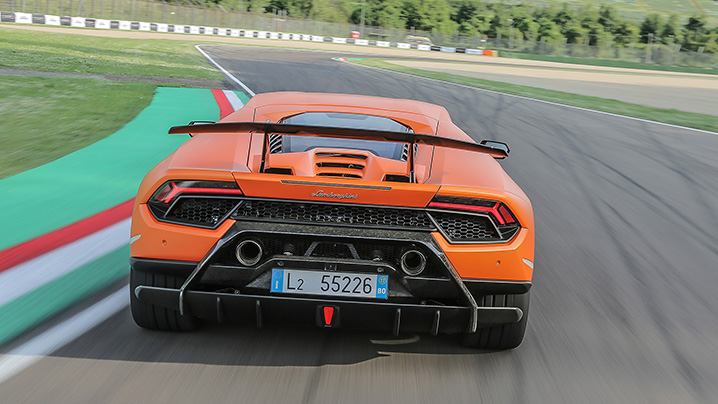 Set the Nürburgring numbers aside. The outright speed of a seasoned pro does not necessarily correlate to how a car feels. But the Performante feel special. It communicates its speed to the driver, and moves in predictable ways that can take you from, "Oh my god Imola is terrifying," to, "Oh my god I just grabbed sixth gear through the sweeping left at the start/finish line and kept the throttle pegged," in a handful of laps.