Most Ferrari models eventually give birth to various special-edition or short-run variants. The Ferrari F12berlinetta gave way to the F12tdf. The Ferrari 458 Italia signed off with the wonderful 458 Speciale. It looks like the Italian automaker's current mid-engine V8 offering, the 488 GTB, is ready to spawn a variant of its own. Exactly what the model might be remains to be seen.

There are plenty of rumors surrounding the car. This could be a focused, track-ready version in the vein of the 458 Speciale. If that's the case, look for more power, less weight, and improved aero. The car should pack bigger brakes, a stiffer suspension, revised tuning, and a bare-bones interior. There are also rumors that the car will pack a KERS system similar to the one run on Ferrari's Formula 1 cars. That should provide an extra bit of electrical boost. A car like this is almost a given. The past few mid-engined Ferraris have all had a high-performance variant.

Then again, this car could also be the lower-powered, less-expensive Ferrari Dino that's been whispered about for a while. If that's the case, look for a lower horsepower V8 (or even a V6, if Ferrari would be so bold). It would likely stack up against the McLaren 570S and Lamborghini Huracan 580-2. This may come as a shock to some, but Ferrari has made no bones about expanding production. A relatively low-cost model could easily boost sales.

The car in these photos gives no real indication as to what it may be. There's thin plastic camouflage covering most of the car. As always, it's difficult to tell what may have changed, but it looks like there have been revisions to the front bumper. The glass over the engine cover has been draped with a thin sheet of plastic, hiding what rests beneath.

Ferrari has been mum on the model, but this isn't the first time we've seen the car out. Look for more news this fall. 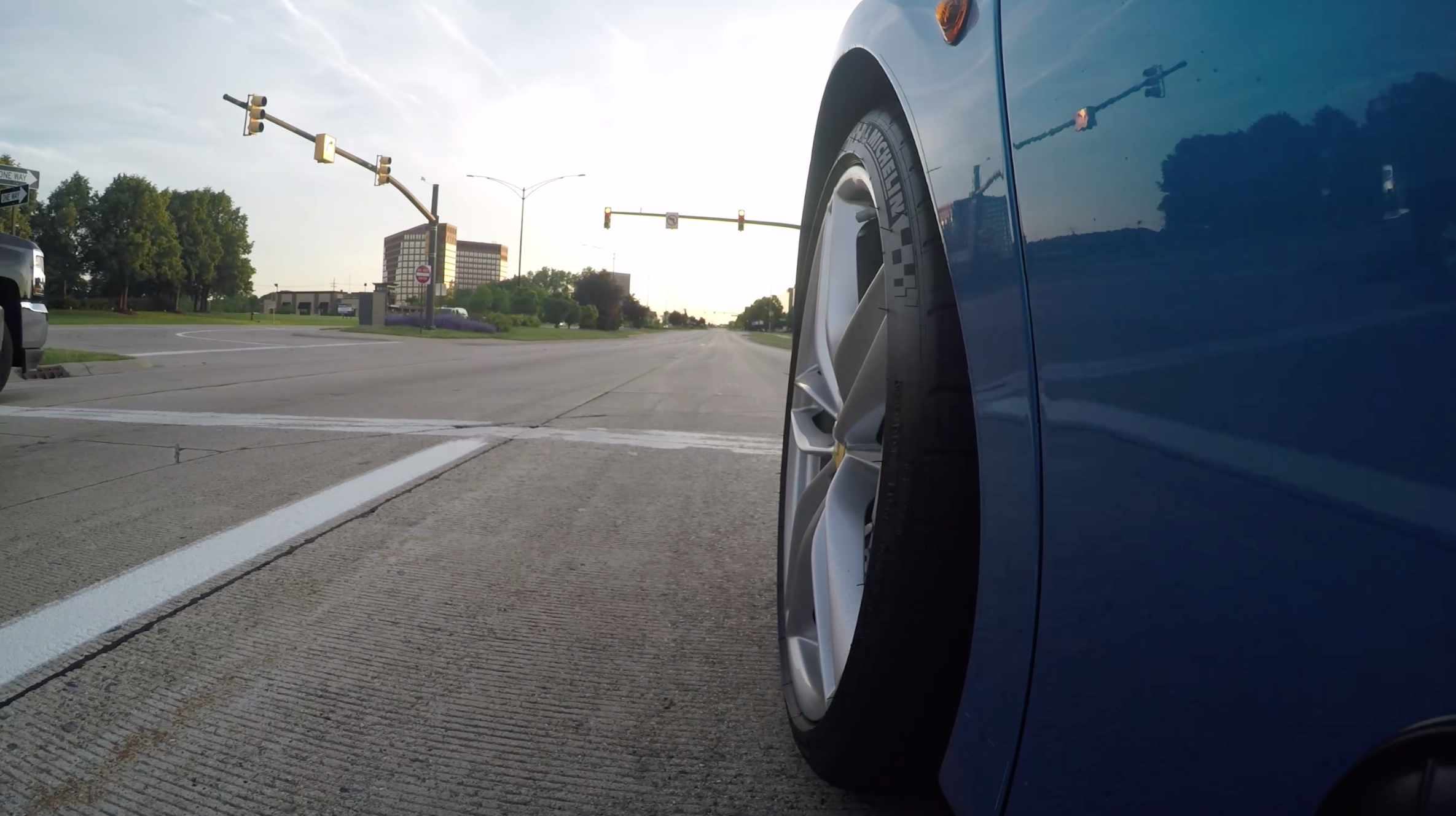