The Lamborghini Huracan Performante Spyder is a roofless mouthful of awesome

Alex Kierstein
We were not expecting the Lamborghini Huracan Performante Spyder to be much different than its fixed-roof counterpart, and as the camouflage comes off this theory looks to be vindicated. That's good news all around, except for perhaps your hairdo.

As a quick refresher, we saw much more covered-up spy shots a while back. It revealed that the Performante coupe's transparent engine cover would be replaced by an opaque one and a cowl to hide the roof when it's down. That's borne out here, and since the top's down in these new photos, you get a great look at the clean lines of the cowl. 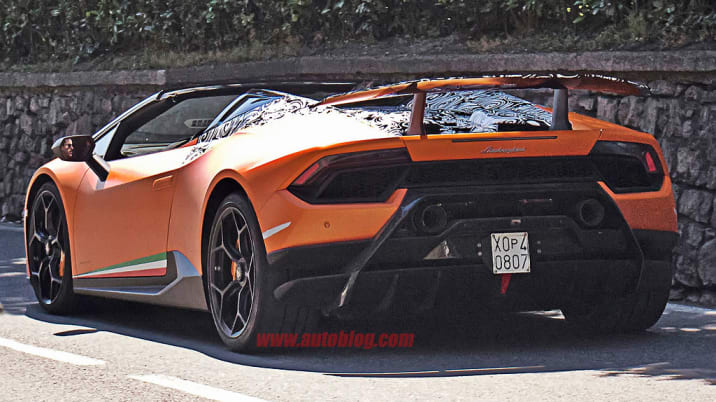 Like the coupe, it'll pack a 630 horsepower V10 and Lamborghini's incredible Aerodinamica Lamborghini Attiva system. That's Lambo-speak for active aero, and it's what let the coupe lap the 'Ring in under 7 minutes. The Spyder should be packing that system too, although it's likely to be heavier and slightly less slippery than its tin-top cousin.