Jason Marker
Cincinnati News, FOX19-WXIX TV
An Ohio police officer is being hailed as a hero by the local woodland creature community after rescuing a small fawn who was trapped on the shoulder of a busy freeway.

According to Cleveland.com, Cincinnati Police Officer Roger Noe was dispatched to Columbia Parkway in Cincinnati after a small fawn was reported wandering on the shoulder. Noe and fellow Officer Trish Yates found the terrified creature huddled against a retaining wall on the northbound shoulder.

Noe quickly pulled on a pair of latex gloves - probably to minimize the transfer of human smell - and jumped out of his cruiser to assist the fawn. After a bit of scrabbling around, he was able to pick the animal up and put it in the back of his car. Once he got the animal in the car and settled, he drove to a nearby wooded area and released it where it soon reunited with its mother.

In a statement posted on its Facebook page, the Cincinnati Police Department said that it usually discourages citizens from disturbing or attempting to assist animals on or near a busy highway. This fawn would likely have met an ugly end on the parkway, so the officers made an exception. But it was a risky situation for them.

The local deer community is currently discussing the best way to reward Officers Noe and Yates for their brave rescue of the fawn. 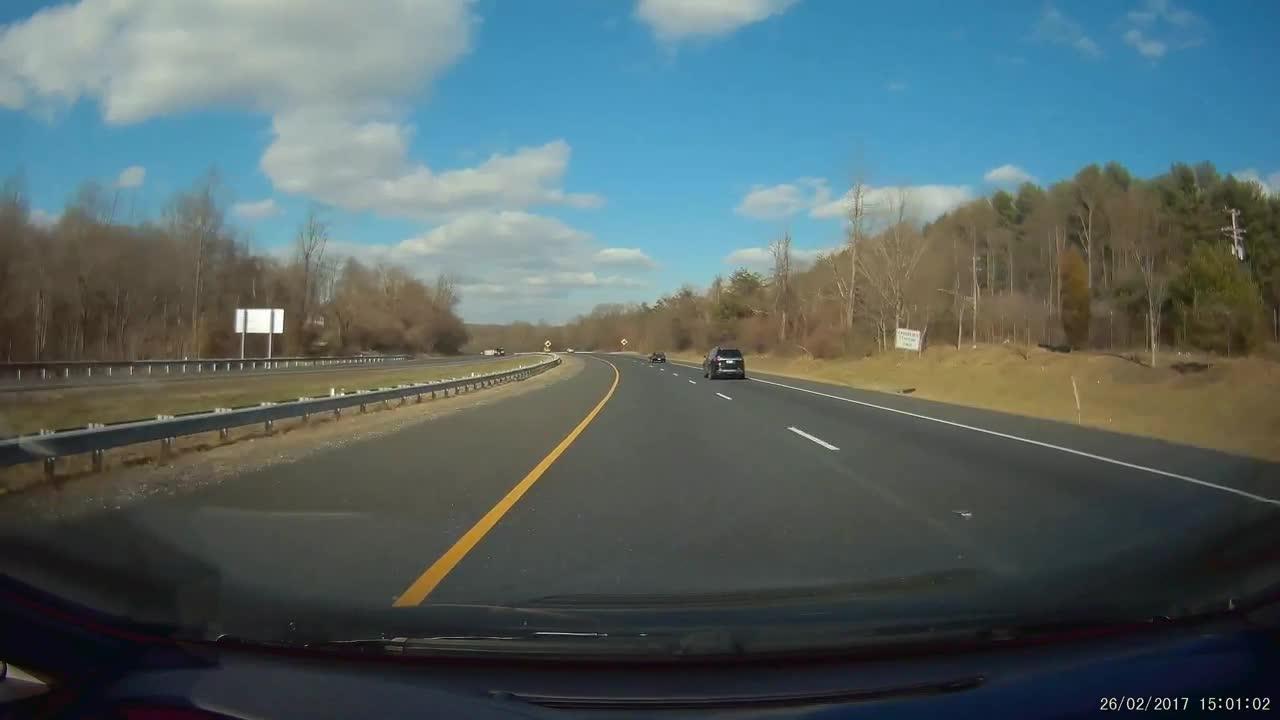