The very last model year of the iconic Volvo 240.

The Volvo 200 series was built from 1974 through 1993 with few substantial changes to the car's basic design, and if you include the Volvo 140 series from which it evolved (the two are more or less the same behind the A pillar), you're looking at an amazing 27-year production run for this car. Sales were slow in the 240's final year, and so 1993 cars are hard to find. I was able to spot this one in a Northern California self-service yard last week. 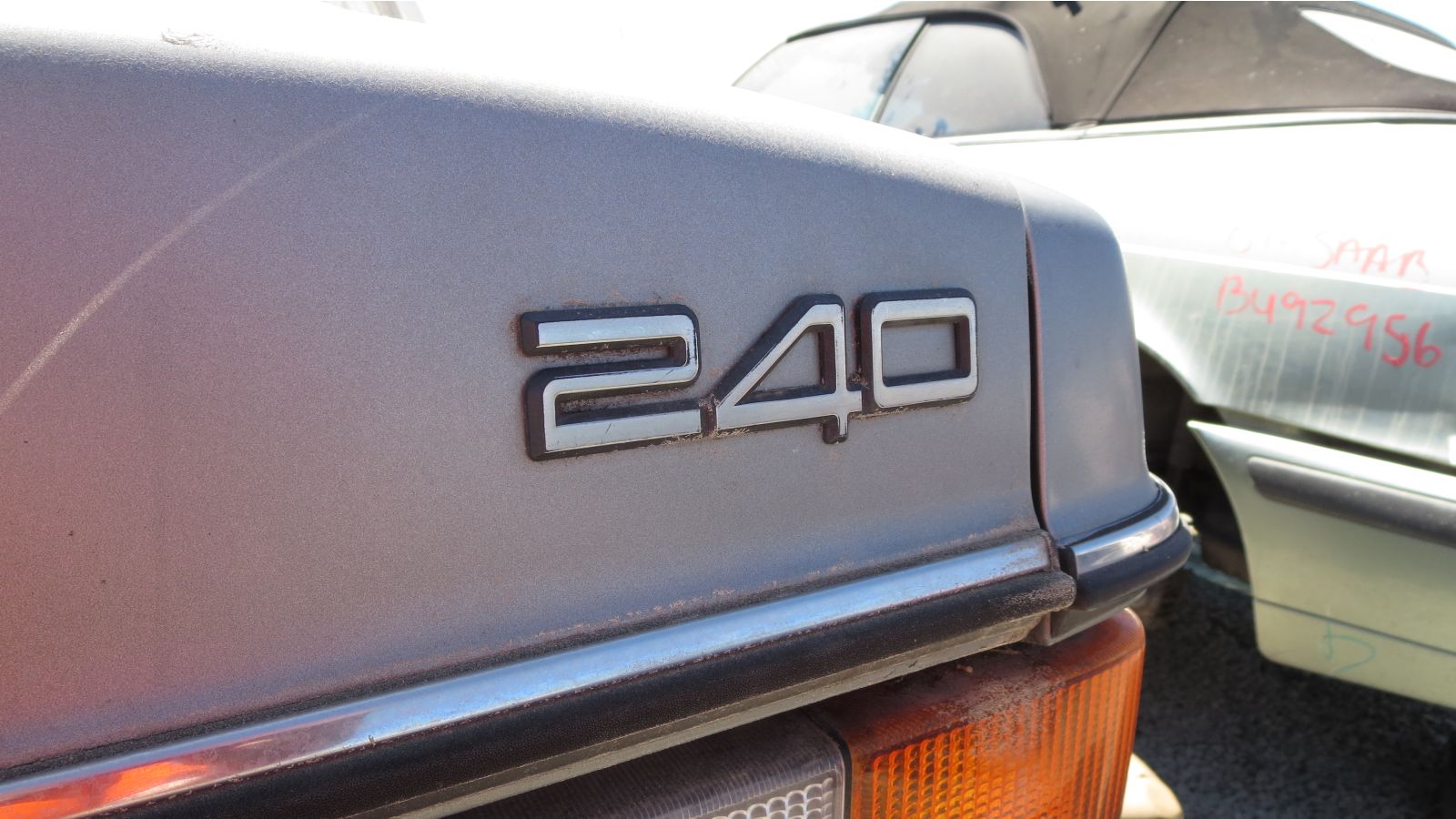 For most of the 200's history, the US-market model name was determined by number of engine cylinders and number of doors. For example, a V6-equipped two-door was badged as a 262, while a four-cylinder wagon was a 245. Starting in 1986, Volvo gave up on all that complexity (the V6 went away the year before, with the two-door getting the axe the year before that) and just slapped 240 badges on sedans and wagons. 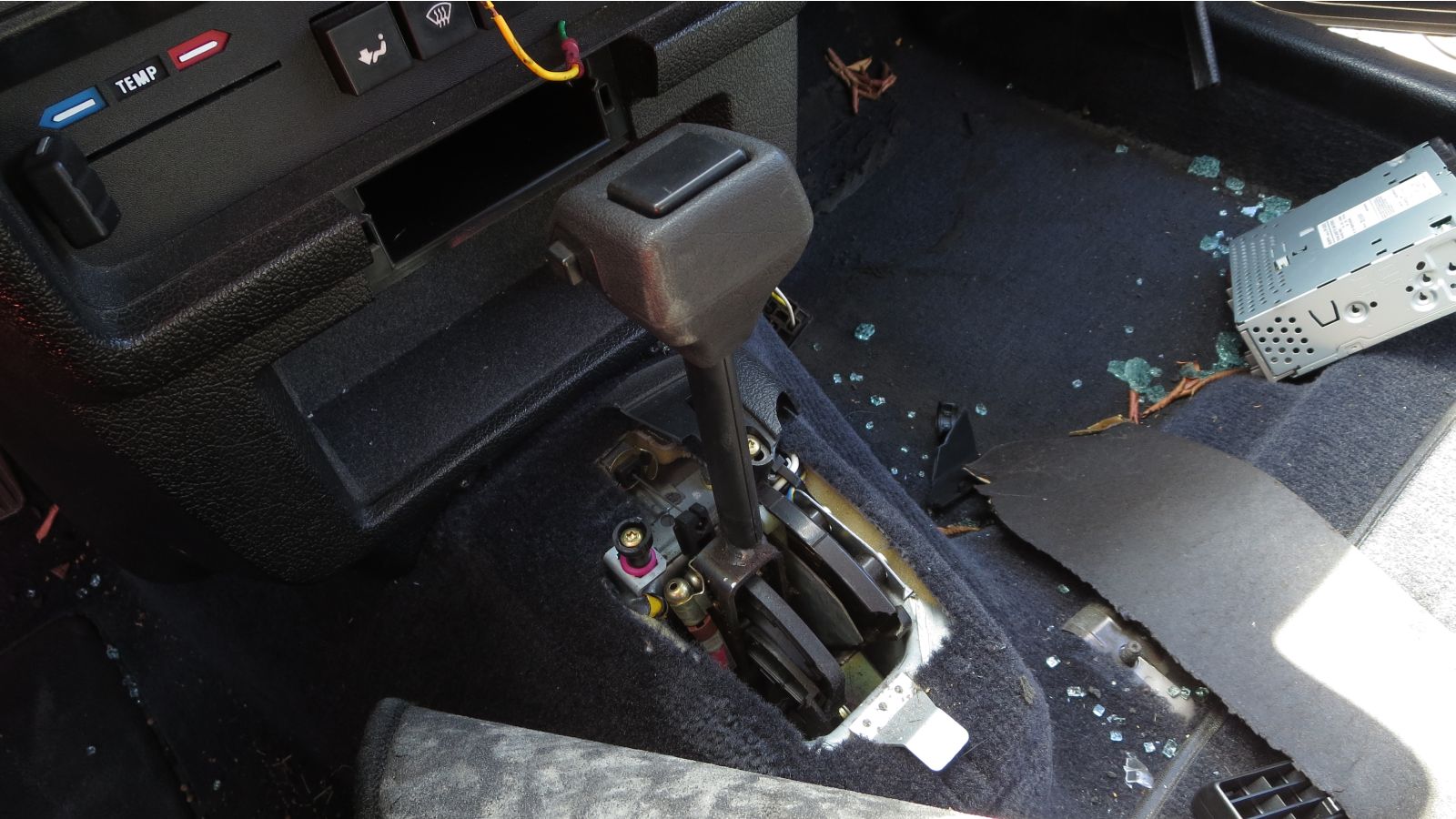 The first decade or so of the North American 240 saw most cars getting manual transmissions, but by the early 1990s you'll see automatics in just about every example you run across. 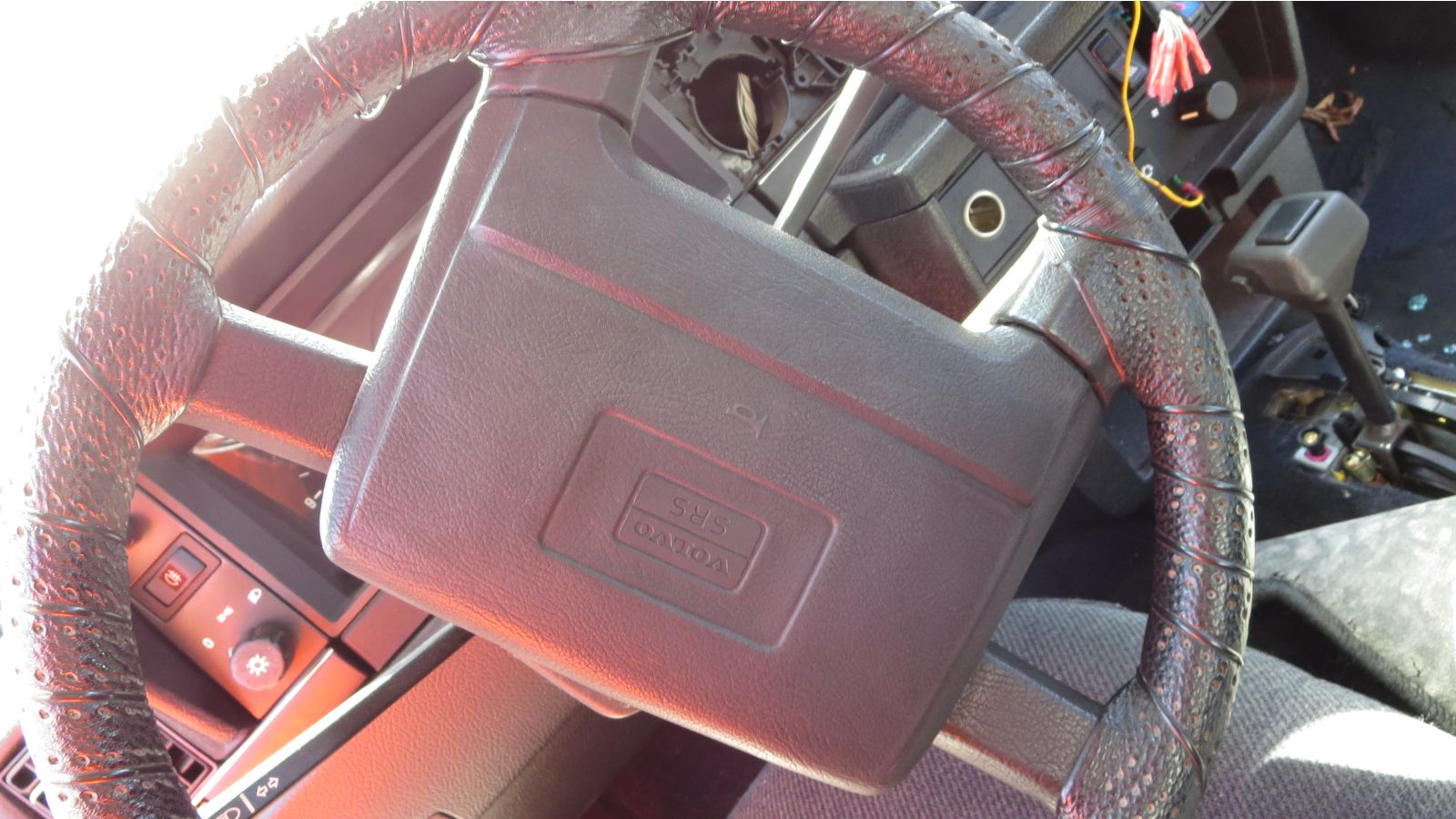 All 240s got standard driver-side airbags starting in the 1990 model year, so there was no need for the horrible automatic seat belts used by many manufacturers during this period. 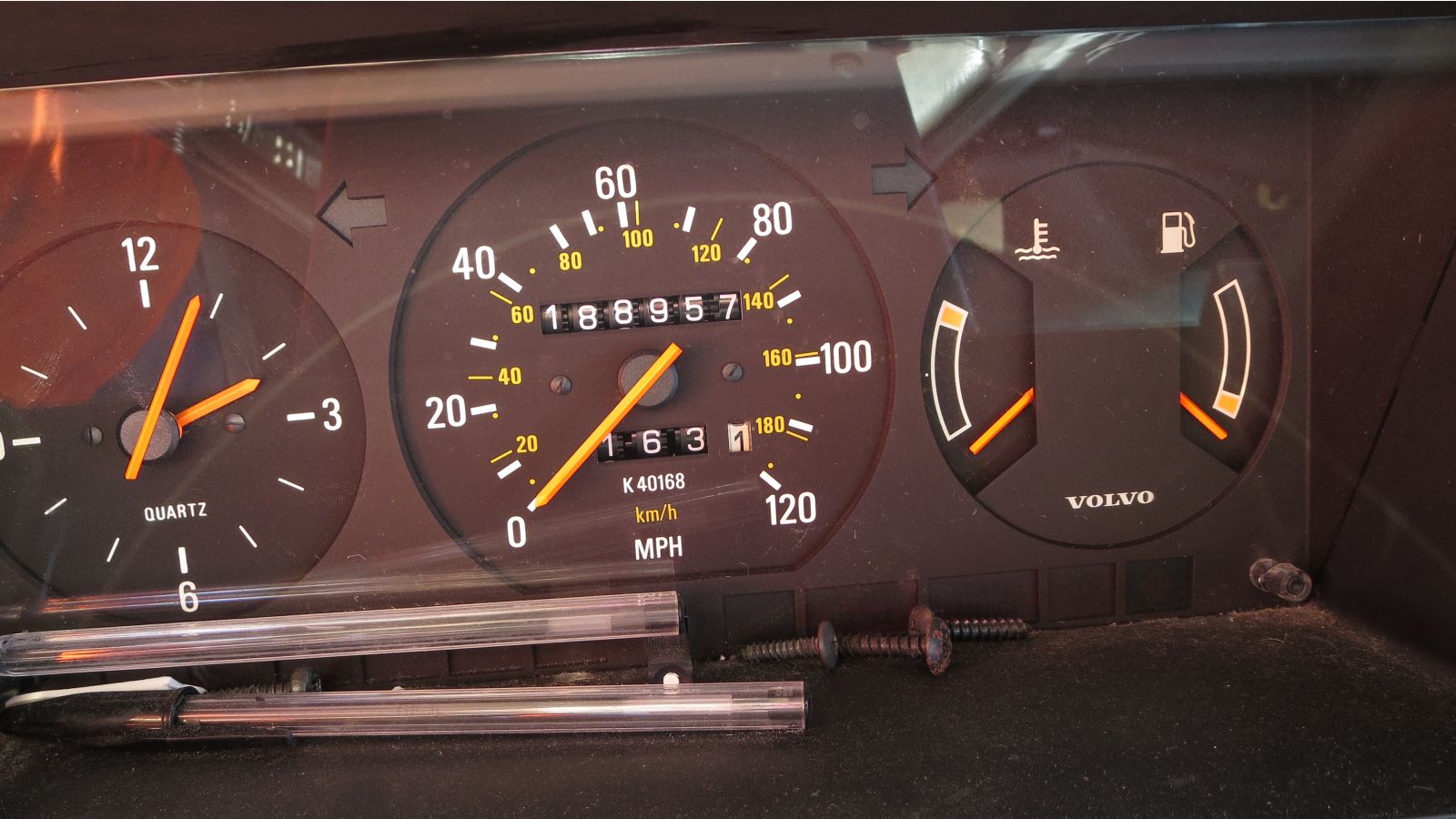 By the final years of 240 production, many other manufacturers had caught up to Volvo on safety features, but 240 advertising still pushed the Volvo=Safe equation.