David Boldt
While still three weeks from the start of summer, it arrived in practical terms with the Memorial Day weekend. And while the country will have worked through its collective hangover (from too much food, drink and shopping) and gotten back to work, it's worth remembering what – automotively – got us here, preserving both democracy and personal freedoms. The CJ-inspired Jeep Wrangler got us here, and in its Willys Wheeler guise the spirit of America rolls on.

As the many spy pics have shown, FCA's Jeep division is working hard to replace its current Wrangler within the next few months. With that, we say goodbye to 10 model years of Wrangling with the current model. And that decade has been a good one for Jeep. Despite the economic downturn between 2008 and 2010, Jeep and Jeep Wrangler sales have been consistent bright spots for FCA, along with – of course – Ram trucks and, uh, Ram trucks.

With a new Wrangler around the bend, it's worth taking a look at the existing model. And knowing an all-new example is coming, what would be the reason – if shopping – to consider what's on dealer lots now? Despite the numerous areas of improvement the new model will deliver (in efficiency, refinement and safety) , there's something to be said for a vehicle 10 years into its production cycle. While this is wholly anecdotal, for every step forward a manufacturer makes with a new vehicle, the added tech and necessary complexity seem to mandate two steps back. In an Audi A4, tech would seem a good thing, while in a Wrangler, this Jeep enthusiast would see it as a mixed blessing. 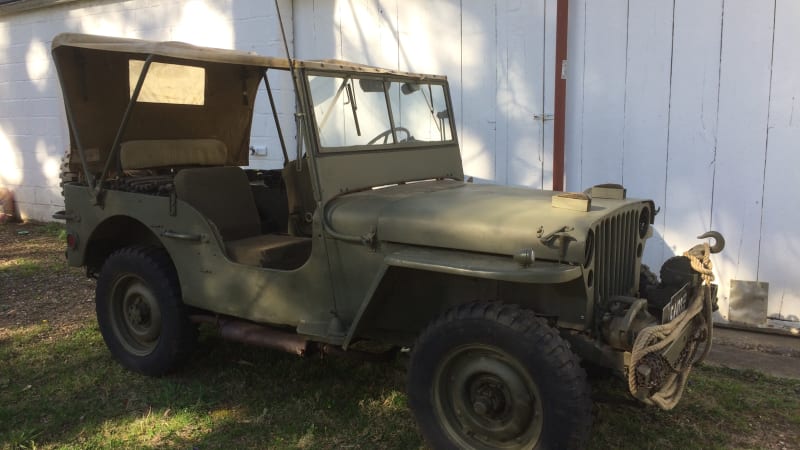 Almost 80 years into its evolution (the initial Jeep concept came together in the summer of 1940) little has changed in the Jeep's essential mission. A body-on-frame architecture transports a driver and up to three passengers over paved and unpaved surfaces with credible confidence and a modicum of security. Live axles front and rear enhance the Wrangler's off-road capability, but compromise its on-road behavior. And while a significantly wider track mitigates rollovers, the Wrangler is decades removed from "state-of-the-art" when discussing safety or handling.

Currently there's but one engine available in the States, a 3.6 liter normally-aspirated V6 producing 285 horsepower at a you'll-rarely-get-there 6,400 rpm. Connected to either a six-speed manual or ($1,400) five-speed automatic, the engine moves the 4,000-pound (loaded) Wrangler with measured confidence. You and your passengers won't be delighted with its performance, but neither will it fall demonstrably short of expectations. The upcoming Wrangler is rumored to offer a four-cylinder turbocharged drivetrain, and while that should promise more efficiency, it does so at the expense of simplicity. If you're 300 miles from the nearest mechanic, there's a lot to be said for simplicity.

Although Fiat Chrysler isn't taking the dramatic step with aluminum alloy panels Ford has taken with the spec of its F-Series pickup, there is talk of aluminum displacing some steel on the new Wrangler. If that substitution materializes, the fuel savings could be real, while the repair costs – and insurance rates – will probably go up. We like the idea of a more efficient - and perhaps more tossable – Jeep, but not if it's significantly more expensive to maintain and insure.

With upgrades in almost every aspect of the 2018 Wrangler, it's hard not to like the concept of a new one, as well as its (inevitable) execution. But if, as you venture off into your real or imagined wilderness, you place a premium on both going out and getting back, there's a lot to like about a model with 10 years of production and a ton of aftermarket support.

The Wrangler Willys Wheeler, pictured at top, offers the spirit of the original (inset) with an almost-of-this-century execution. And for under $35K in two-door form, it's worth a look and a drive. There are few better ways of working through a hangover than to go Jeepin'.