The luxurious Oldsmobile version of the Chevrolet Nova, now discarded.

General Motors decided to build Pontiac, Oldsmobile, and Buick versions of the very successful compact Chevrolet Nova before the 1973 energy crisis hit, and that decision looked pretty wise once skyrocketing gasoline prices were added to the already-rampant inflation of the times. The Oldsmobile version of the 1973-1979 Nova was called the Omega, and surviving examples are extremely rare today. 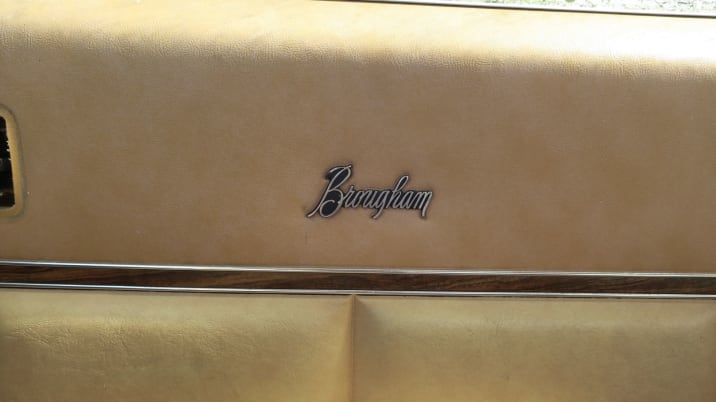 The Omega Brougham was the top trim level, and it came with large expanses of fake wood and hard plastic inside. 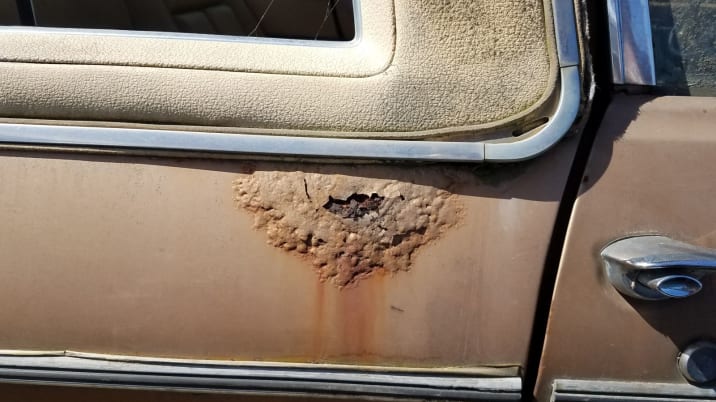 This one has the Landau roof, which tended to be a focal point for rust on GM cars in California during the era. 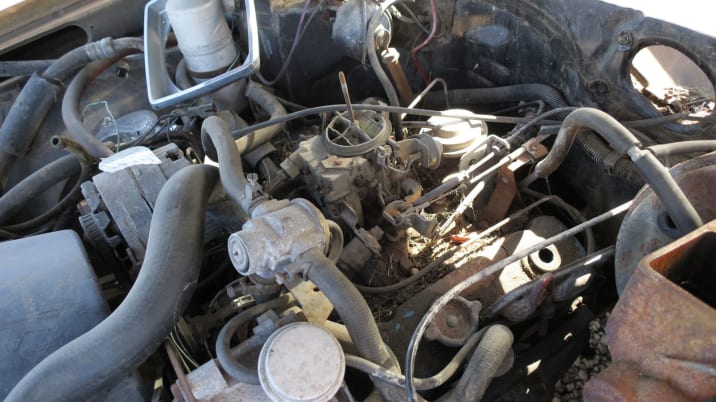 The 1977 Omega could be purchased with 260- or 350-cubic-inch Oldsmobile V8s, but this one has the base engine: a 110-horsepower, 3.8-liter Buick V6. Good news for Buick V6 buyers in 1977 was the switch from the "odd-fire" crankshaft (a money-saving move that used three-quarters of a Buick 215 V8 crank) to the much smoother "even-fire" crankshaft, so this car wasn't quite as rough-running as earlier V6s. 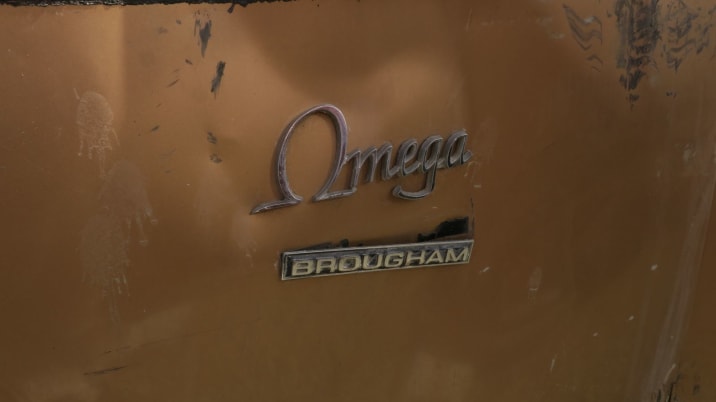 The Omega name went onto badge-engineered Chevrolet Citations for the 1980 model year, and you could still get the Omega Brougham then.