View All Specs
The sun can kill you. It'll also make you hot and sticky and smelly. It's a real nasty thing despite, you know, making virtually all life on Earth possible. Now, apparently, despite these risks, there are those who enjoy driving around in their car being slowly baked alive by our local star. It's insanity, really, and that's not even mentioning the indignities your hair suffers at the merciless force of the wind.

So convertibles, then, who needs 'em? Just take the Mazda MX-5 Miata. Wonderful little car, barrels of fun, but wouldn't it be better off with 100 percent less sun? Besides keeping your dermatologist out of business, a solid roof would also lead to less wind noise, greater structural rigidity, and better safety for the vampire population. Nothing but Ws on the board.

Alas, the 2017 Mazda MX-5 Miata RF is not the ideal solution to this perfectly sane line of reasoning. It is not the BMW M Coupe or Porsche Cayman of Miatas. It's more like the 911 Targa of Miatas, although since its rear window lowers, the most accurate analogy would be the Honda Civic del Sol of Miatas. Feel free to put that on a billboard. 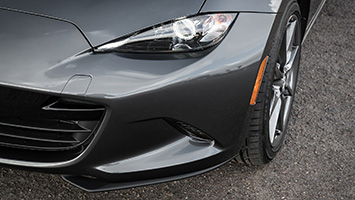 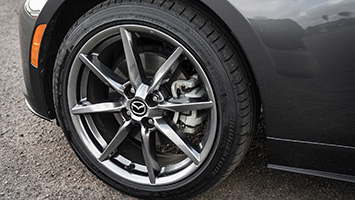 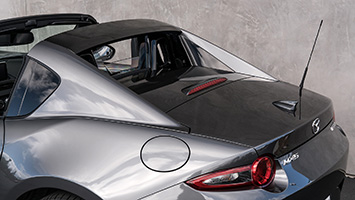 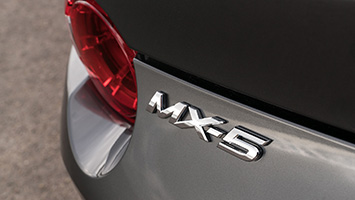 Admittedly, it's a pretty neat bit of engineering and design, and despite the incredibly flattering comparison above, it is accurate to describe its overall look and concept as unique. RF stands for "Retractable Fastback," which is an on-the-nose description. With the entire roof mechanism in place, it does indeed resemble a fastback in profile. From a rear-three-quarter view, that fastback is revealed instead to be buttress panels with a longer deck and a verticalish window placed between them. The Ferrari 575M Superamerica would be another point of reference, but the Miata RF is far better realized.

It's particularly impressive how Mazda's designers managed to carefully reshape the Miata's rear quarters to fit and conceal the buttresses' cut line. From most angles, there's no indication that they're anything other than contiguous with the rest of the car. The little black panels that look like darkened windows at first glance are less successful, but they're also clearly necessary to create the desired buttress look and to conceal the roof mechanicals beyond.

Ah yes, the compact mechanicals that make the fastback retractable and subject you to the sun's wrath. In 13 seconds, the buttresses lift up and back, followed by the main aluminum roof panel, steel middle section and glass rear window sandwiching together where the Miata's soft top would normally go. The buttresses then return to their upright and locked position bridged together by a flat, glossy black crossbar.

All of this origami can take place at up to 6 mph. Apparently, and completely seriously, it could be accomplished at higher speeds, but there was concern that anything higher than 6 mph would increase the chances of flowing hair being caught in the wind and snagging within the roof mechanisms. As if the sun wasn't bad enough.

However, if you allow me to remove tongue from cheek for a moment, retracting the roof does cause a legitimate and significant drawback. Wind noise and buffeting become tiresome at only around 45 mph, even with the side windows raised. Roll them down and you get more air, but the same amount of buffeting from the buttresses and crossbar remains. Needless to say, 45 isn't exactly fast. It's also, perhaps not coincidentally, roughly the speed at which a Porsche 911 Targa's windshield diffuser starts to quell the same sort of buffeting experienced in the comparably roofed RF.

But, without such a gizmo onboard, the RF's roof went back up after gutting out the noise for 20 miles or so. At a certain point, one grows tired of shouting at the person sitting a few finger widths away. And at that same point it becomes evident that the RF is more appealing as a coupe. Not only is it obviously quieter with the roof in place, but it's also quieter than the regular Miata's fully retractable fabric roof.

Other compromises aren't as worrisome. There's only a minuscule change to trunk space (good news, there wasn't much to lose) and only a 113-pound weight penalty that comes with those metal panels and power mechanisms. That's really not that big of a deal, especially when there are dynamic improvements. Engineers retuned the suspension slightly – both to counter that extra weight and to address the regular Miata's tendency to land on its bump stops when pushed hard. It was something Fiat's engineers massaged out of the 124 Spider, and now with changes to the rear bump stops and one rear bushing, the RF makes it easier for the driver to balance the car at the limit.

The steering was also given a little extra effort and a bit of slack on center, but it's not such an obvious change that we noticed. And really, unless you drive the snot out of both cars back-to-back, it seems unlikely that you'll be able to tell the RF and regular convertible Miata apart. That's a very good thing. Both are blessed with the same divine throttle response and six-speed manual transmission, the little 2.0-liter engine that's equal parts energetic and efficient, and that quintessentially nimble and playful nature. It's a Miata through and through.

However, it's also a more expensive one. For starters, it can only be had in Club and Grand Touring trim levels – there's no base Sport. It also demands a $2,755 price premium over a similarly equipped Miata soft top, meaning the cheapest RF starts at $31,555 versus the most basic Miata at $24,915. The comparable Miata Club soft top starts at $28,800. There aren't any feature content differences apart from an upgraded instrument cluster display, the power-operated top, and exclusively optional Machine Gray paint and tan leather. 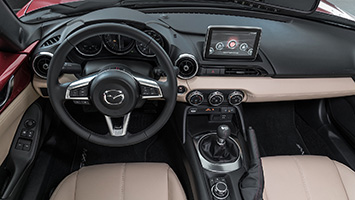 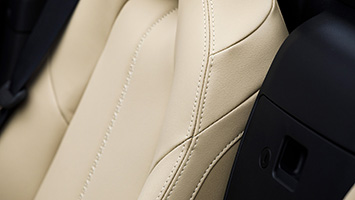 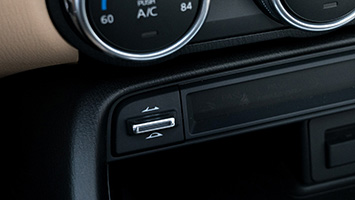 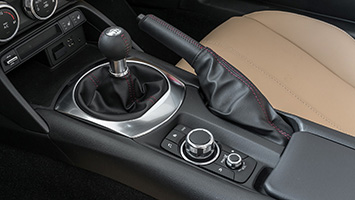 That price premium is greater than the old Miata Power Retractable Hardtop's, or as it was elegantly also called, the PRHT. Mazda says this reflects market research that indicated customers view the RF body style as a more premium product. That's understandable, at least from a visual perspective, as the PRHT just looked like a Miata wearing a one-piece hardtop. The RF is certainly the more visually interesting and distinctive choice. You can understand someone buying one on looks alone. However, the PRHT could also fully transform itself into a regular convertible without the wind noise and buffeting penalty.

So, therein lies the problem with the RF. Though it has a better acronym than the PRHT, it's a worse convertible. At the same time, it doesn't benefit from the weight and structural advantages that a full Miata coupe would – a body style that the home office in Hiroshima has vehemently said will never happen. Worst of both worlds? Sort of.

What you're therefore left with is a uniquely styled Miata that's quieter with the roof up, unpleasant with the roof down, and a bit more balanced at the limit. Sun haters everywhere will love it, but frankly, it seems like the sort of automotive oddity the rest of us will recollect fondly in 25 years for its distinctiveness rather than for its greatness. 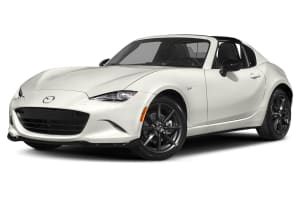