A solid example of the classic 1980s Saab, now discarded. Saab had a cult following in North America going back to the two-stroke Saab 96, but it wasn't until the 900 made its debut for the 1978 model year that the marque started to be considered a mainstream – if still a bit odd – brand here. Based on the venerable 99 but seeming a lot more modern, the 900 sold well to those who wanted to drive something sensibly Scandinavian but didn't want the stodginess of a Volvo. These cars were especially popular in Colorado, and I found this high-mile-but-solid '88 in a Denver self-service wrecking yard. 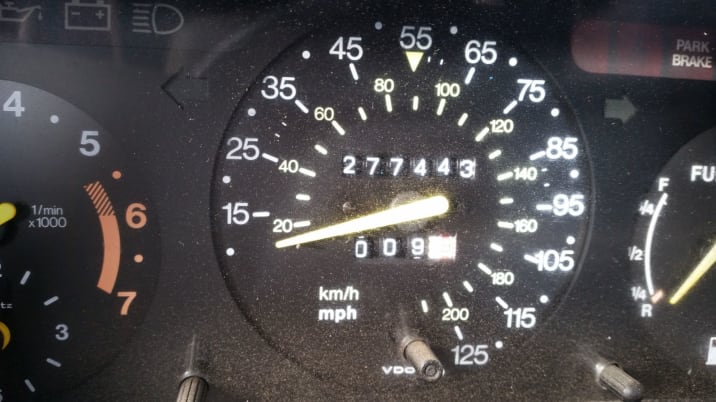 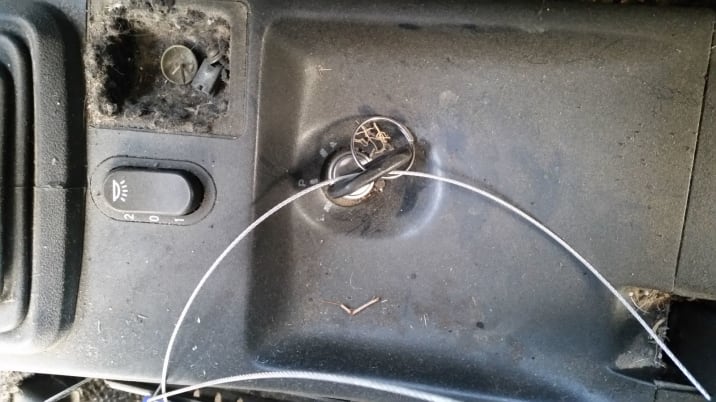 The key is still in the console-mounted ignition switch, and the steel lanyard indicates that this car went to the wrecking yard via an insurance-company or dealership-trade-in auction. Since the car has no major body damage, that means that its final owner traded it in – reluctantly, we hope – on another car, and nobody was willing to bid over scrap value for the elderly Swede at auction. Most such auctions have an arrangement with a local wrecking yard to take all the unsold cars for a set price, and that's what we can assume happened to this car. Chances are that it was still in running condition when it showed up here. 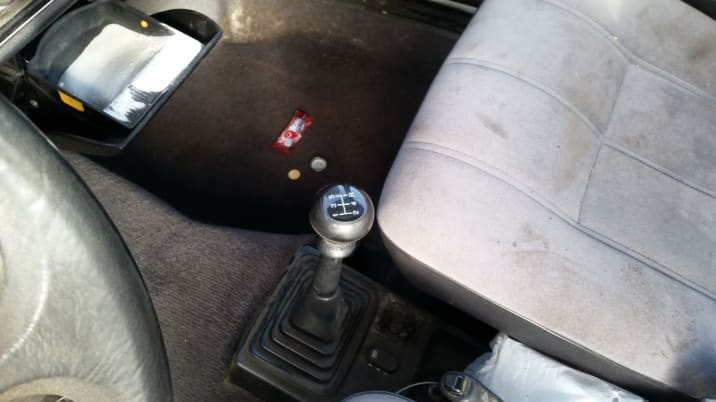 You could get a 1988 Saab 900 with a three-speed Borg-Warner automatic transmission, but I can't recall having ever seen one so equipped. Most Saab 900 buyers insisted on manuals. 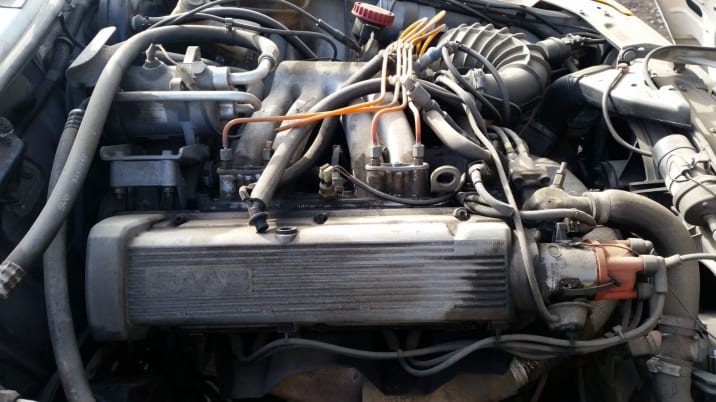 The engine in this car is a slant-four based on the same Triumph engine used in the Triumph TR7. By the 1980s, Saab had made sufficient improvements to the design that it was several orders of magnitude more reliable than its British Leyland ancestors. This one made 110 horses, which did an acceptable job of moving the car's 2,695 pounds.


This ad sums up the way Saabs were marketed in the United States in 1988.