The car that made Honda's fortune in America. The first-generation Honda Accord was the kind of sales success that vehicle manufacturers dream of but almost never attain: a car so far superior to its competition that buyers had to shell out big markups and sit on waiting lists if they wanted to take one home. Nothing could touch the value-per-dollar you got with one of these cars back then, and they soldiered on for decade after decade. Most of them are gone now, worn out and thrown away, without much of an enthusiast community to restore them (with notable exceptions, of course). Here's an Amal Blue '81 LX hatchback I spotted in a Denver-area self-service yard last week. 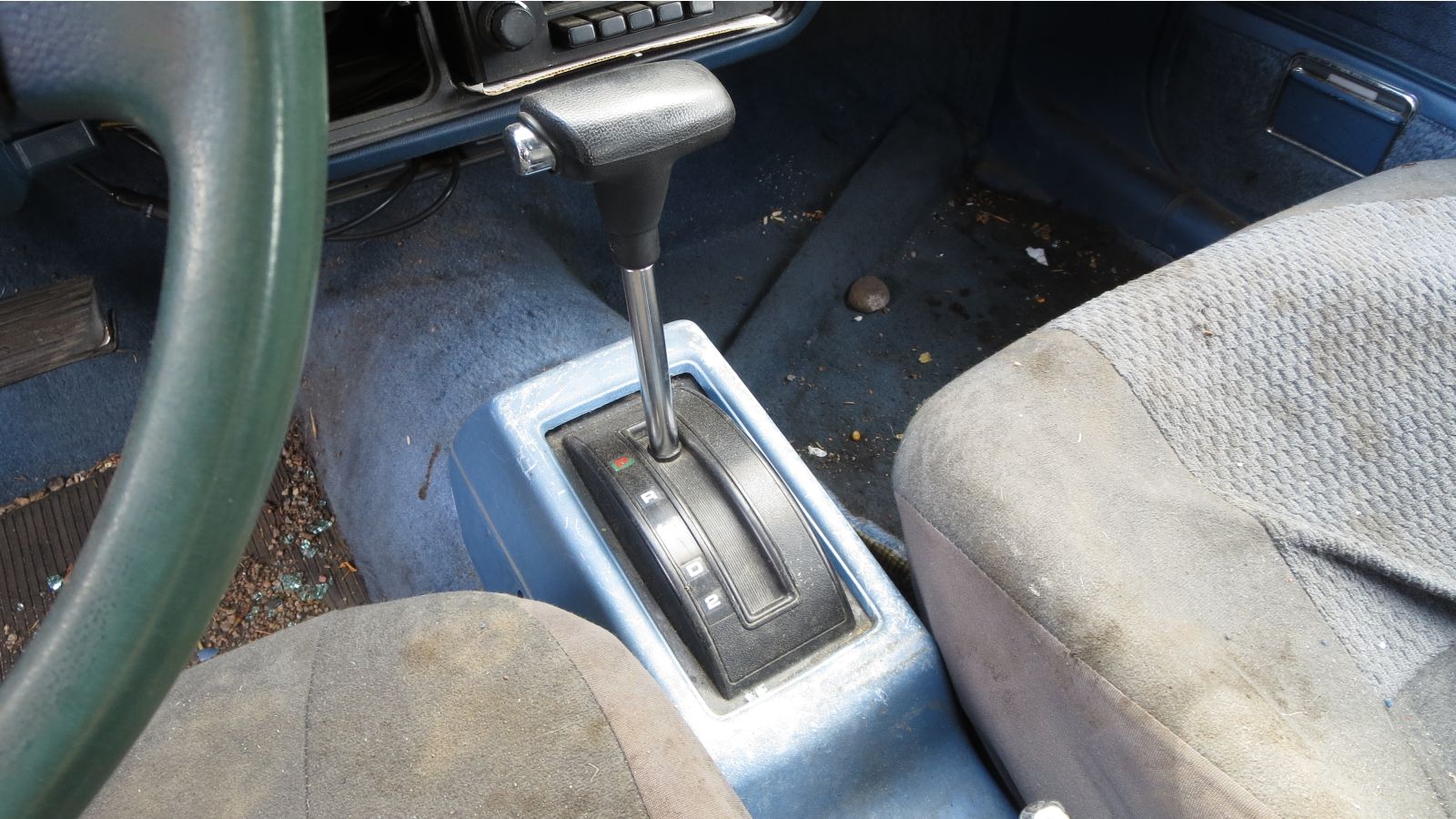 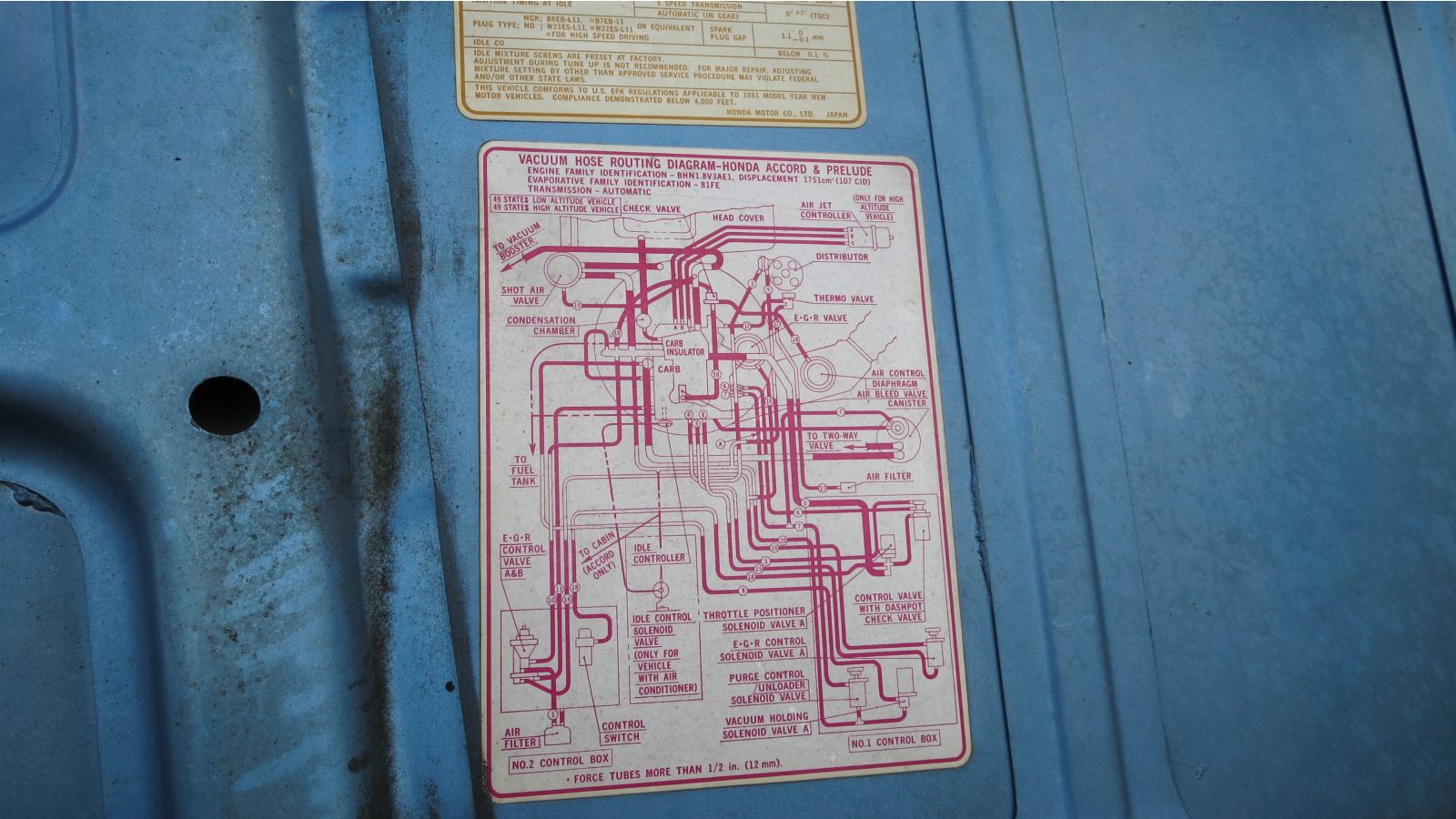 Under the hood is the 1.8-liter CVCC engine in "49-state" emission-control configuration (California had stricter emissions standards than the rest of the country during this era). The vacuum-hose diagram for this car is a bit complex, but nowhere near as bad as the terrifying nightmare that CVCC owners faced a few years later. 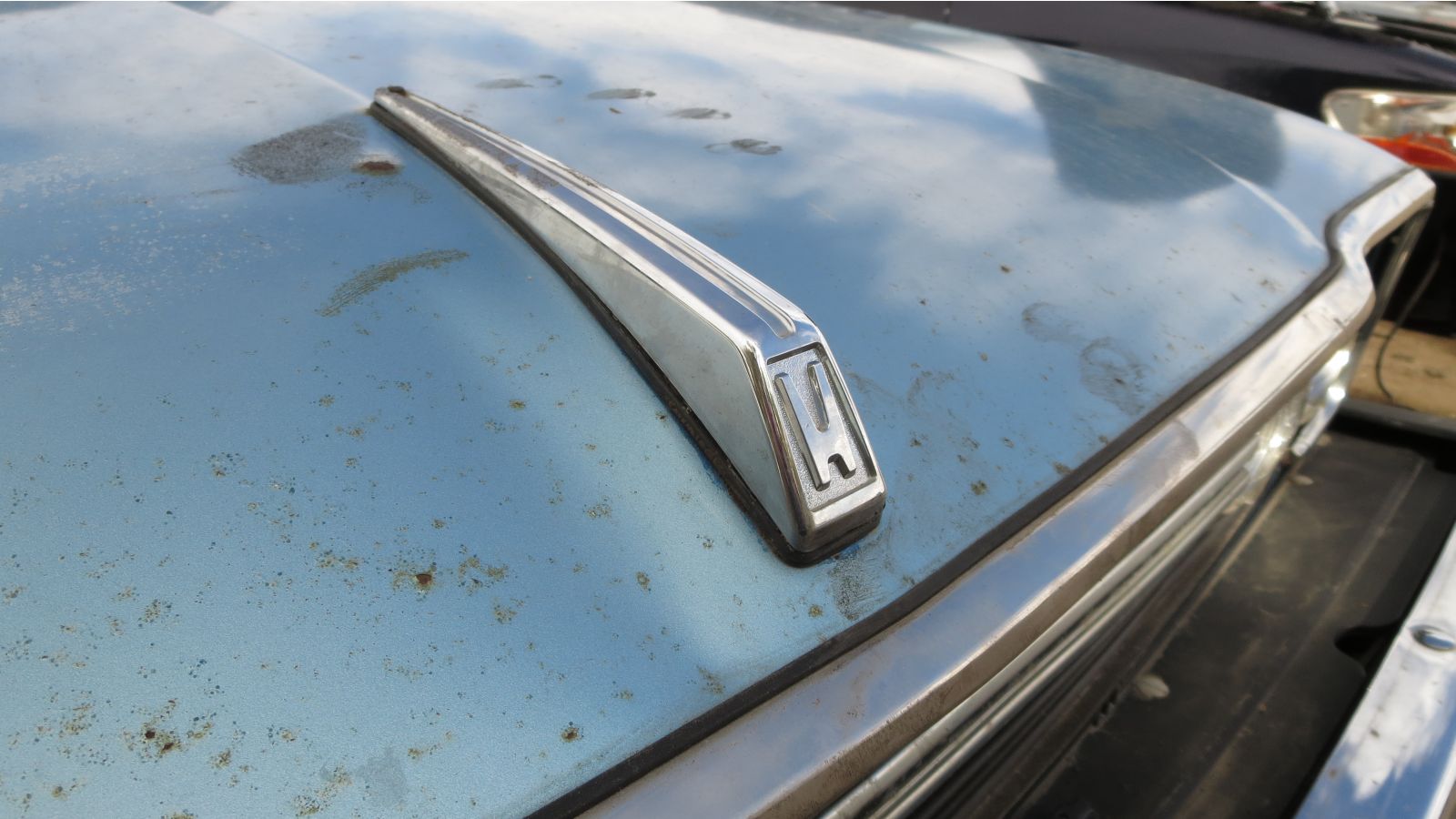 1981 was the last model year in which all Accords sold in the United States were shipped over from Japan. The Voluntary Export Restraint agreement of 1980 resulted in Honda building its Marysville, Ohio, assembly plant, and second-gen Accords were American-made.

In Japan, the CVCC Accord got action-movie music in its ads.