Jason Marker
A group of plucky mountain goats in a Canadian national park apparently found the hardscrabble life of a common animal too tedious and tried their hands, rather tongues, at car detailing.

YouTube user Darkrider1287 uploaded this video of the goats in action last week. His companion were driving along Maligne Valley Road in Alberta's Jasper National Park when a handful of young mountain goats descended on their Mazda. As the bewildered couple stopped their car, the goats surrounded them and proceeded to lick the vehicle clean. Knowing a good video opportunity when he saw one, Darkrider pulled out his phone to film the endearing and hilarious scene.

For thirty minutes, the mountain goats licked the car clean from stem to stern. Paying little to no mind to the humans within, the goats cleared the Mazda of its accumulation of dust, bugs, pollen, and other tasty road grime.

"So thorough!" said Darkrider as he narrated his video. "That's some tasty dust!"

As the goats cleaned the car, other tourists stopped to laugh and take pictures of the strange scene. Eventually, a handful of cars and as many as ten goats had the Mazda surrounded.

"Within a few minutes, we were crowded by both sheep and also tourists taking pictures of our funny plight," Darkrider stated in a comment on the video. "We stayed for about 30 minutes before moving on due to a rainstorm."

So what exactly is going on here? A similar event happened to a National Geographic reporter in the same park in 2012. A park ranger told the report that the mountain goats were addicted to the salt used in Alberta to keep the roads from freezing. Even in August, salt can still make its way on to a car in the form of road dust. 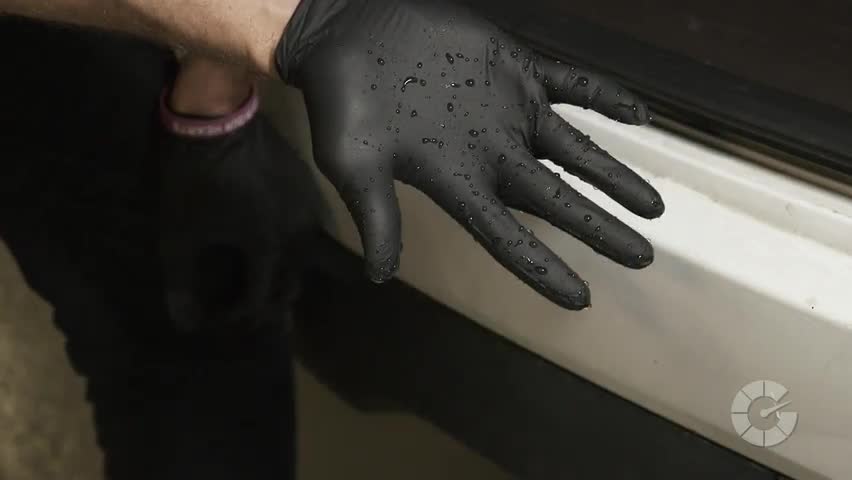