Chevrolet finally released specs on the 2017 Chevrolet Camaro ZL1 and, well, wow. Thanks to its 6.2-liter supercharged V8 that puts out 650 horsepower and 650 pound-feet of torque, the ZL1 can get to 60 mph in just 3.5 seconds and complete the quarter mile in 11.4 seconds at 127 mph. The figures pertain to a ZL1 equipped with the new 10-speed automatic transmission. Pricing for the ZL1 coupe starts at $62,135 with pricing for the convertible starting at $69,135.

While the ZL1 takes on the Hellcat version of the Dodge Charger and Challenger for straight-line supremacy, the high-power Camaro will also be able to dominate the track. Fitted with Magnetic Ride suspension, grippy Goodyear Eagle F1 Supercar tires, and an electronic rear differential, the ZL1 can pull 1.02 g in the corners and come to a standstill from 60 mph in only 107 feet. The new ZL1 is also 220 pounds lighter than the previous model.

In terms of manufacturer claims, the Dodge Challenger SRT Hellcat sprints to 60 mph in 3.5 seconds and can complete the quarter mile in 11.2 seconds at 125 mph, slighty quicker than the ZL1.

In addition to releasing the ZL1's figures, Chevrolet also announced performance figures for the track-ready Camaro 1LE. Available on either the Camaro LT or the Camaro SS, the 1LE package adds $4,500 and $6,500 to the coupe's respective starting prices and doesn't include an increase in power. Zero to 60 mph takes 5.2 seconds for the LT 1LE and 4.2 seconds for the SS 1LE. In the corners, the LT 1LE can pull 0.97 g and can stop from 60 mph in 112 feet, while the SS 1LE matches the ZL1 in cornering grip and stopping distance.

Both the ZL1 and the 1LE package will be available later this year. 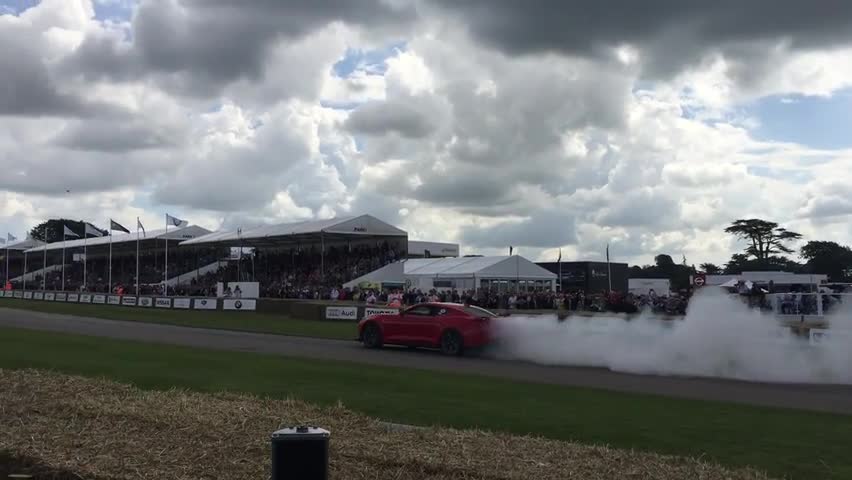