Update: These special-edition Aston Martins are a creation of Aston Martin Cambridge, a dealer. They are being built in cooperation with Aston's Q bespoke division.

The Supermarine Spitfire is well-known in the UK for its role in World War II. To commemorate the plane's first flight, which took place 80 years ago, Top Gear reports that Aston Martin Cambridge has created a limited-edition model of the V12 Vantage S. The automaker will only build eight units of the Spitfire 80, and it's safe to assume that none will make it to the US.

As a special-edition model, the V12 Vantage S is finished in "Duxford Green" – aptly named after the Royal Air Force base where the first Spitfire squadron was stationed – with a yellow pinstripe along the side of the vehicle. The special edition isn't just a fancy paint job, as Duxford's Aircraft Restoration Company hand-built several components for the vehicle. The most prominent include the tailpipe finishers that have a rainbow bloom effect to match the original Spitfire's exhaust.

Aston Martin's Q division added special touches to the interior with bespoke embroidered logos on the headrests, and the RAF's iconic roundel is integrated directly into the central dash. According to a Facebook post by Aston Martin Cambridge, the seats and inside of the glovebox feature Kestral Tan leather with black stitching, while the rest of the interior has black Alcantara with Kestral Tan stitching.

Because of the car's exclusivity and unique touches, Aston Cambridge priced the Spitfire 80 at roughly $240,210, which is almost $50,000 more than a standard V12 Vantage S. An unspecified percentage of the vehicle's price will be donated to the RAF Benevolent Fund. All eight owners will receive their vehicles at IWM Duxford – a historic airfield and museum – on October 18th and go for a flight in a Spitfire. 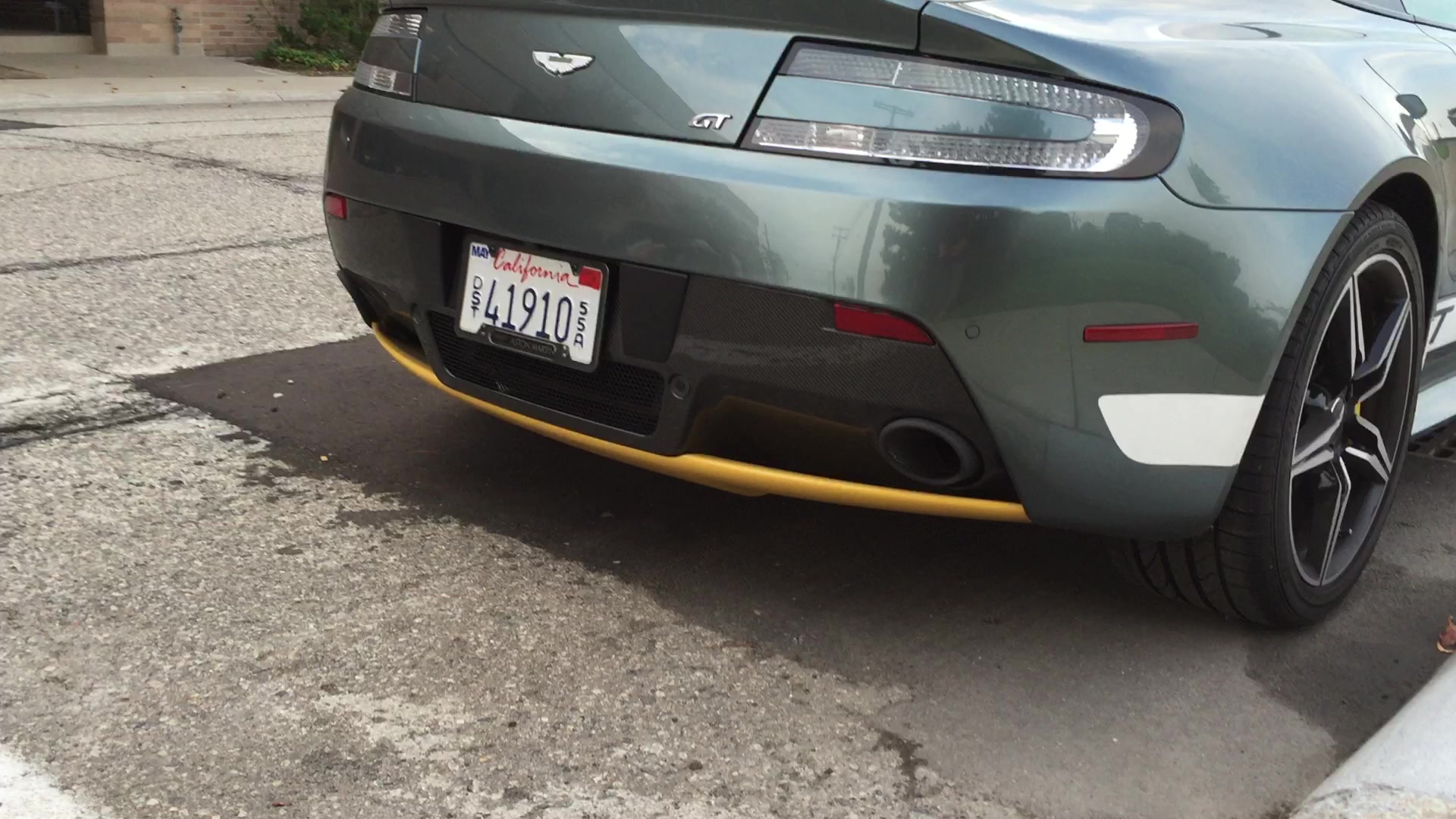