Junkyard Gem: The Mustang nobody wants to talk about

This 1977 Ford Mustang Ghia has Pinto power and California-style rust.

The first-generation Ford Mustang started out as a pretty small Falcon sibling, then put on bulk every year until the cartoonish 3000-pound-plus 1973 models. For the 1974 Mustang, Ford switched to the compact Pinto platform... which turned out to be excellent timing, what with the nightmare energy crisis of late 1973. The bad news was that the Mustang II was, well, a Pinto underneath. 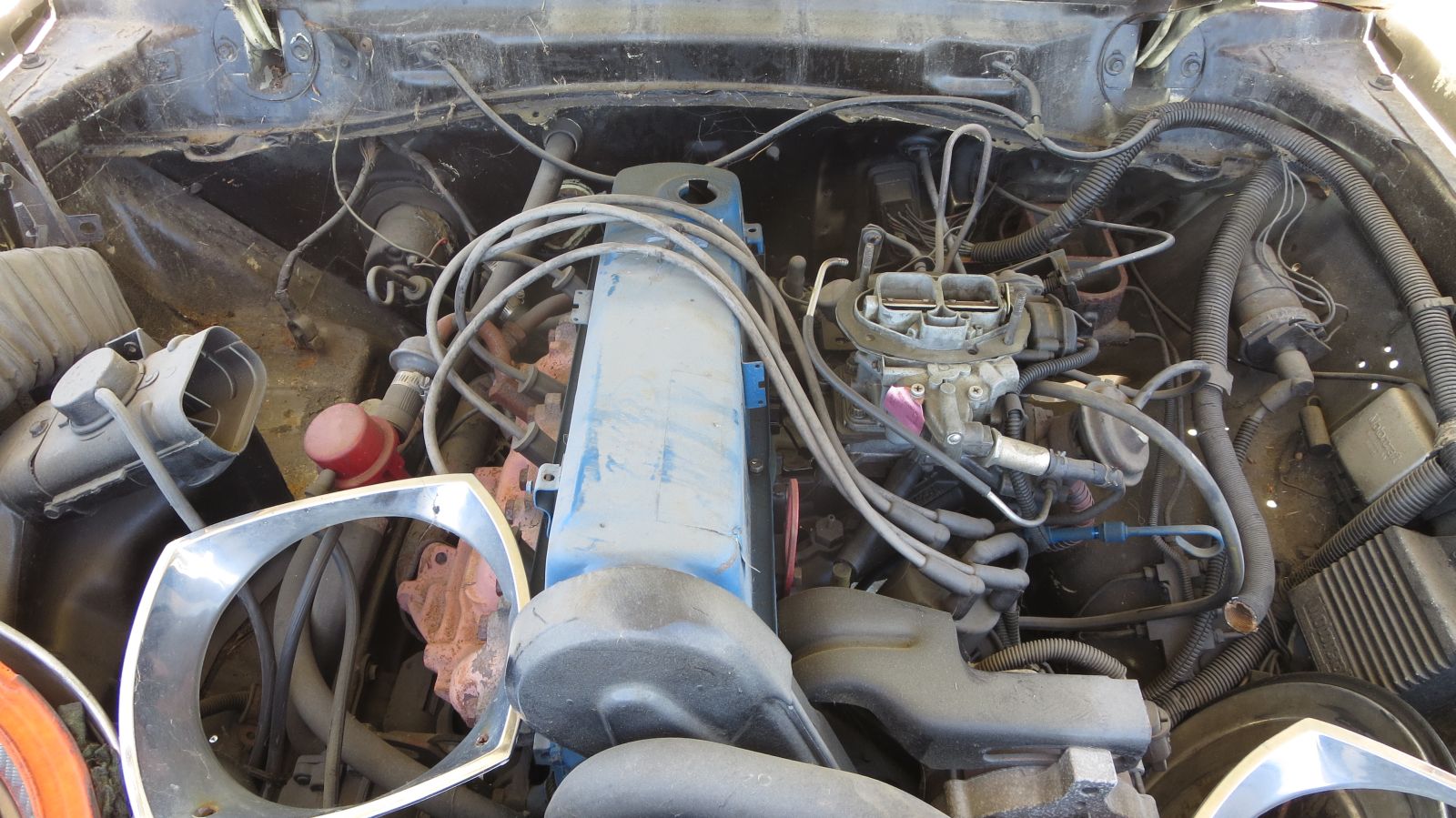 You won't see many 1974–1978 Mustang IIs in wrecking yards these days, since they were sold as sporty-looking econo-commuters, didn't hold their value very far into the 1980s, and have become quasi-collectible only in recent years. Most of them came with the gas-sipping SOHC 2300 inline-four engine, though the 2.8-liter Cologne V6 and 302-cubic-inch Windsor V8 were available, if seldom purchased, options. This one, which I spotted last week in a San Francisco Bay Area self-service yard, has the Pinto 2300. 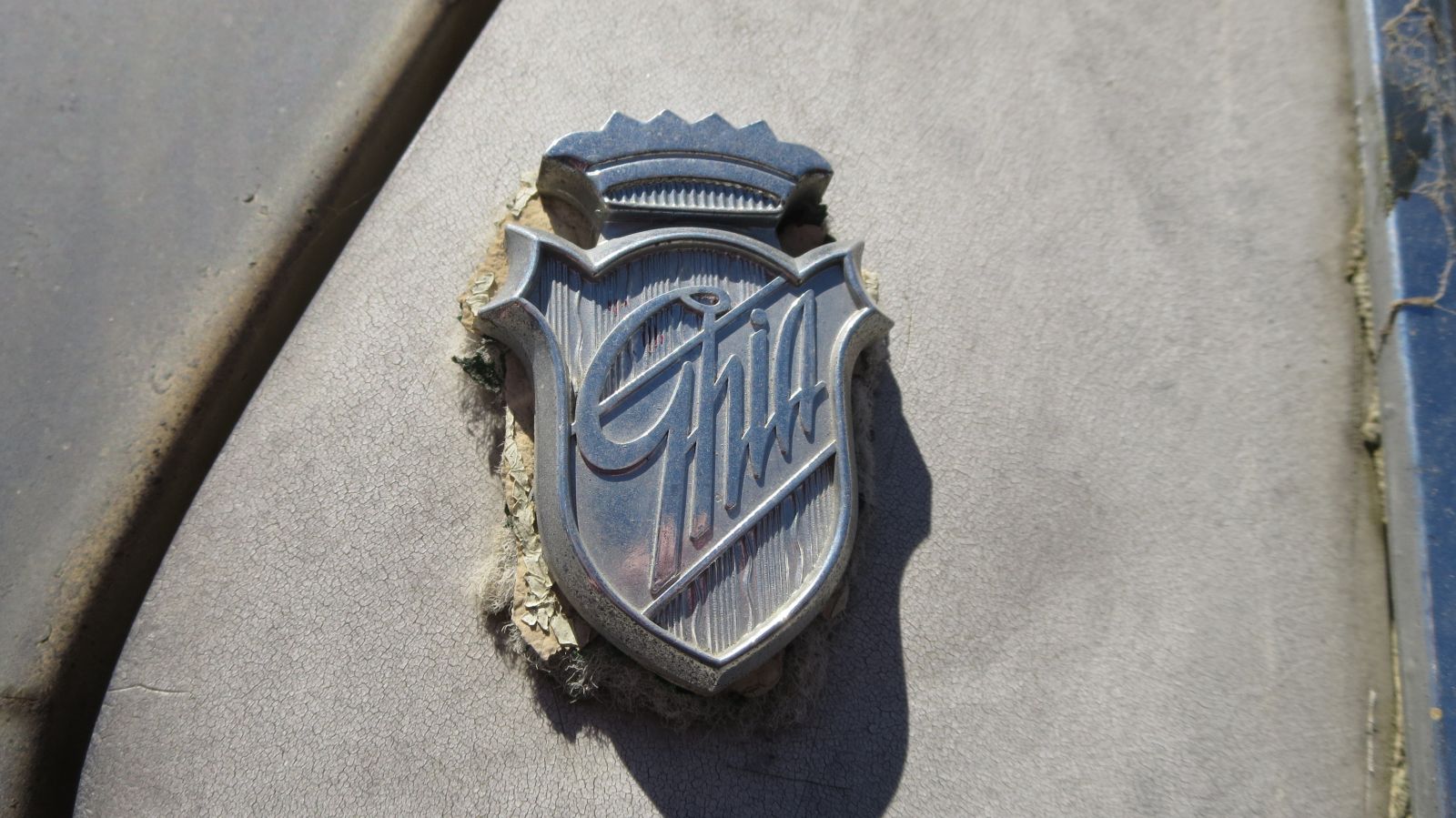 Ford bought the Ghia design house in 1970, and by 1977 it was slapping Ghia badges on Fiestas, Granadas, and the Mustang II. This one once had a luxurious vinyl top, but decades of California sun have nuked it to near-nothingness. 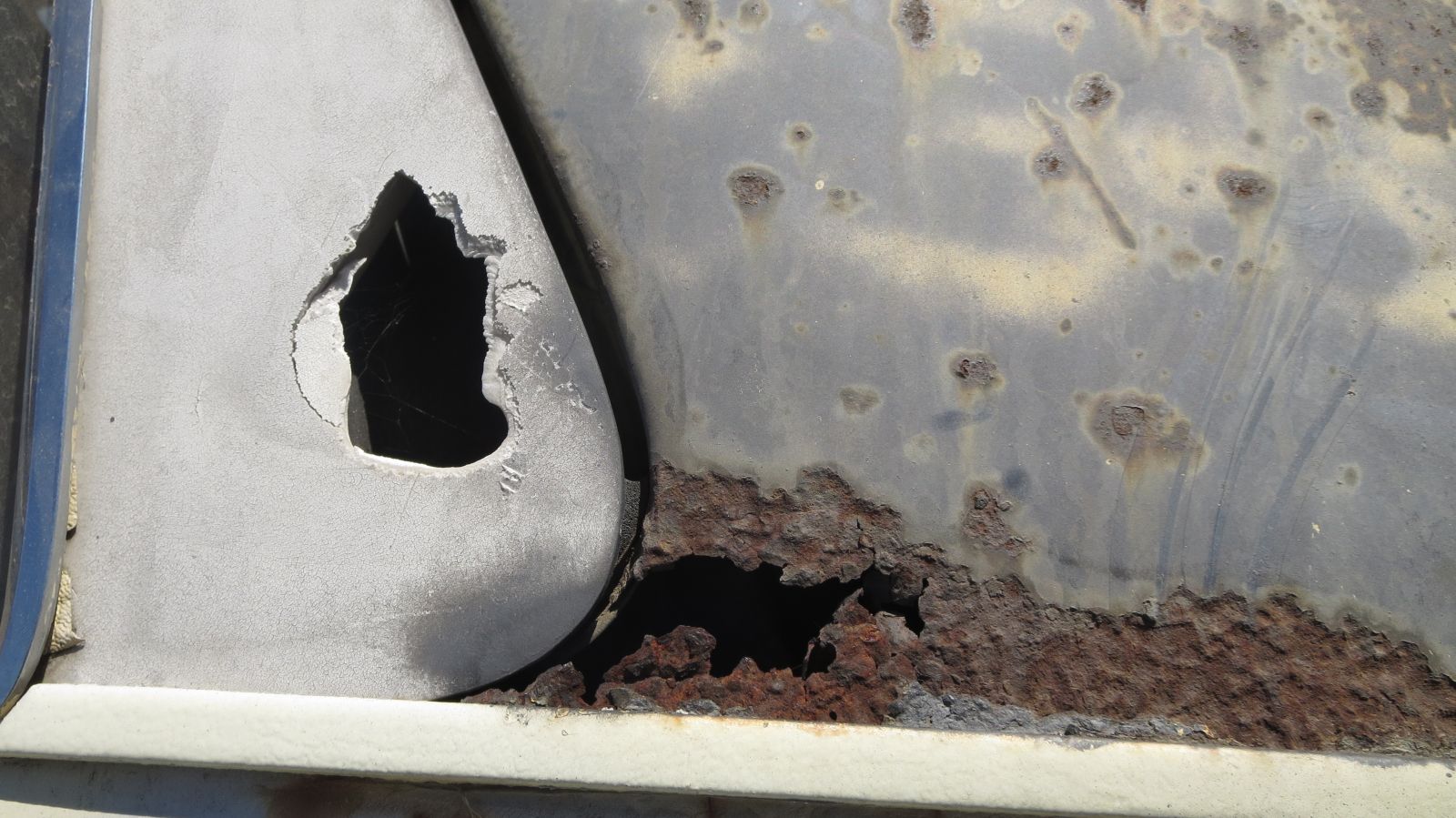 Of course, Malaise Era Detroit cars with vinyl tops tended to fare poorly in coastal California, with its corrosive smog, harsh sunlight, and wet winters. This one has plenty of rot where the Ghia landau roof once lived.