BMW has treated the hatchback 3 Series Gran Turismo (not to be confused with the hatchback 4 Series Gran Coupe) to some updates for the 2017 model year. The biggest change is the introduction of the company's latest four- and six-cylinder engines, but along with them come some updates to appearance and equipment.

Of the 18 powertrains BMW will offer globally in the 2017 3 Series GT, the United States will once again receive only two. Both of the new 3 GT engines come from BMW's latest modular engine architecture, which spits out three-, four-, and six-cylinders. Replacing the previous 328i Gran Turismo is a new 330i, powered by a 2.0-liter turbocharged inline-four good for 252 horsepower (instead of 240) and 258 pound-feet of torque (up modestly from 255). The outgoing 335i is replaced by the new 340i, with a 3.0-liter turbo six rated at 326 hp and 332 lb-ft, up from an even 300 hp and 300 lb-ft for the outgoing 3.0-liter six. Both models come standard with xDrive all-wheel drive and an eight-speed automatic as before.

The 340i and its new engine have already made it to the refreshed 3 sedan launched last year, while the 330i and its four-cylinder are not yet part of the sedan or wagon lineup (or the 4 Series, for that matter). We expect the engine and name change to migrate to them in the next year or so.

In addition to the engine updates, the 2017 3 GT also receives visual tweaks like those on the 2016 sedan, including new LED headlights, taillights, daytime running lights, and fog lights. Matte chrome exterior trim now comes standard, and there's a new rear bumper design. The interior gets chrome accents and a few other changes that we found helped make the sedan feel a bit more rich, fixing the downmarket feel of the early 3s of this generation. The latest iDrive infotainment, version 5.0, is also included with the navigation option. Buyers will again be able to select from a variety of option bundles including Luxury, M Sport, Lighting, and Cold Weather packages.

The car's structure remains unchanged, which means the same hatchback body and longer wheelbase that bridge the gap between the sedan and wagon. It's a style-practicality compromise that continues to be polarizing, but at least the 3 gives you options. 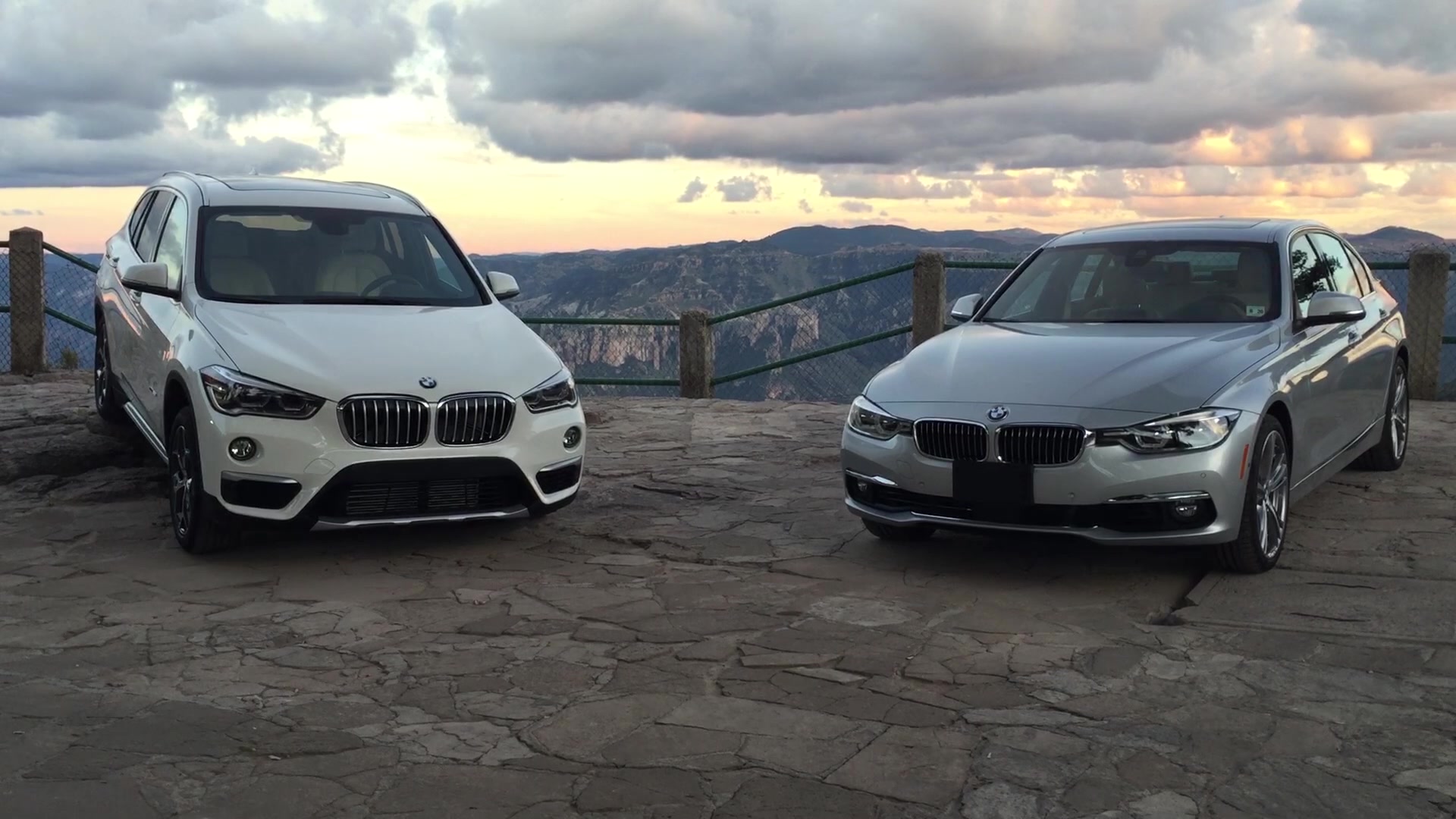 BMW is preparing to launch the latest BMW 3 Series Gran Turismo in time for the start of summer. Blending the elegance of a coupe with the spaciousness of a luxury sedan and the boot capacity of a station wagon, the 3 Series Gran Turismo has developed into a firm fixture of the mid-size class over the last three years. Its biggest sales markets are China, Germany and the USA, and the majority of BMW 3 Series Gran Turismo customers are new to the BMW brand. The new version of the Gran Turismo cuts a visibly sportier figure, and the three petrol and five diesel engines in the range offer noticeably higher output. All the engines are turbocharged and burn up to 14 per cent less fuel. The interior, meanwhile, impresses with its high-quality materials, the new user interface for the Navigation system Professional (taken from BMW's luxury-class cars) and even better smartphone connectivity.

The interior of the BMW 3 Series Gran Turismo has an even more sophisticated feel, thanks to upgraded materials and accents. Extra chrome around the interior controls, and new decorative wood elements, colours and leather trim variants take perceived quality to another new level, while the interior's haptic and ergonomic attributes have also been further enhanced. Sportiness coupled with the elegance of a coupe, the comfort and convenience of four doors, a seating position raised by 59 millimetres with excellent all-round visibility, and a generous feeling of space have always been key reasons to purchase a BMW 3 Series Gran Turismo. The space argument is particularly persuasive in the rear compartment, where three full-size seats and legroom more familiar from a luxury sedan – courtesy of a wheelbase lengthened by 110 millimetres (now 2,920 millimetres) – await. The large tailgate, meanwhile, opens to reveal a boot offering 520 to 1,600 litres of load space and allowing extremely varied use.

The latest version of the BMW Navigation system Professional will now also be offered in the BMW 3 Series Gran Turismo – the first time a mid-size model has been available with the upgraded system. The most important menu items are now displayed in a clear, tile-based style, which makes operating the system even more intuitive. Linking up mobile phones has become more convenient, as smartphones can now also be charged and connected to the car's external aerial wirelessly via an inductive tray.

Considerable efficiency gains have been made with the new engines, despite their increased output. The reductions in fuel consumption and CO2 emissions range from 4.5 per cent in the BMW 318d Gran Turismo to 13,8 per cent for the BMW 320d Gran Turismo. And further improved manual and automatic transmissions, the Auto Start Stop function, Brake Energy Regeneration, on-demand operation of ancillary units and the ECO PRO mode also help the new BMW 3 Series Gran Turismo to set the benchmark for fuel economy and emissions.

The BMW 320i Gran Turismo, 318d Gran Turismo and 320d Gran Turismo come as standard with the six-speed manual gearbox, but can also be ordered with the eight-speed Steptronic automatic transmission as an option. All other engine variants feature the automatic as standard. And that means three more variants of the car (the BMW 330i Gran Turismo, BMW 340i Gran Turismo and BMW 325d Gran Turismo) are offered exclusively with the efficient Steptronic unit than was the case with the outgoing model. Improvements in efficiency, an increase in ratio spread and a reduction in converter slip during the gear-change process bring about a three per cent drop in fuel consumption and CO2 emissions. At the same time, customers can expect both driving comfort and shift comfort to be heading in the opposite direction.

All petrol-engined BMW 3 Series Gran Turismo variants and the diesel-powered BMW 320d Gran Turismo and BMW 330d Gran Turismo can be specified as an option with BMW xDrive. The BMW 335d xDrive Gran Turismo has this all-wheel-drive technology as standard.

A total of 18 engine, transmission and drive configurations are therefore available for the BMW 3 Series Gran Turismo.

* Fuel consumption figures based on the EU test cycle, may vary depending on the tyre format specified.