Sure, you can catch a few Zs in a Tesla. But not like this.

Antti Kautonen
The basic ideas behind autonomous cars are to tackle issues like urban congestion and passenger safety. When you hand over the driving duties, the autonomous vehicle will maintain a safe distance from the car ahead, keep itself within the lane markings, and brake in case there is a sudden object on the road. But we're not there quite yet, so cars still require an alert driver.

This Tesla Model S driver in this video apparently has a different understanding. He was caught taking advantage of the semi-autonomous Autopilot feature in a way that doesn't quite fit the idea of safe driving: his head tilted to the side, it appears likely that the driver had dozed off while the Tesla was slowly moving along in traffic. No matter how handy it must seem to be able to take a nap, it's far from a safe way to travel. Of course, had he nodded off in a regular car, there would have been a fender bender long ago.

The Autopilot function requires the driver to be alert and ready to take control at any time, and will emit sounds and display alerts when the driver needs to take over. In the event that the driver can't be raised, the vehicle will activate its hazard lights and move towards the hard shoulder, where it will then stop. But in the video, the Tesla seems to be slowly trundling along with the driver fast asleep. Maybe it's an ad for Autopilot's capabilities, or maybe he needs a louder alarm clock.

Oh, and if you're interested in sleeping in a Model S, you can rent one on Airbnb like we did. It's a lot safer when the car isn't moving. 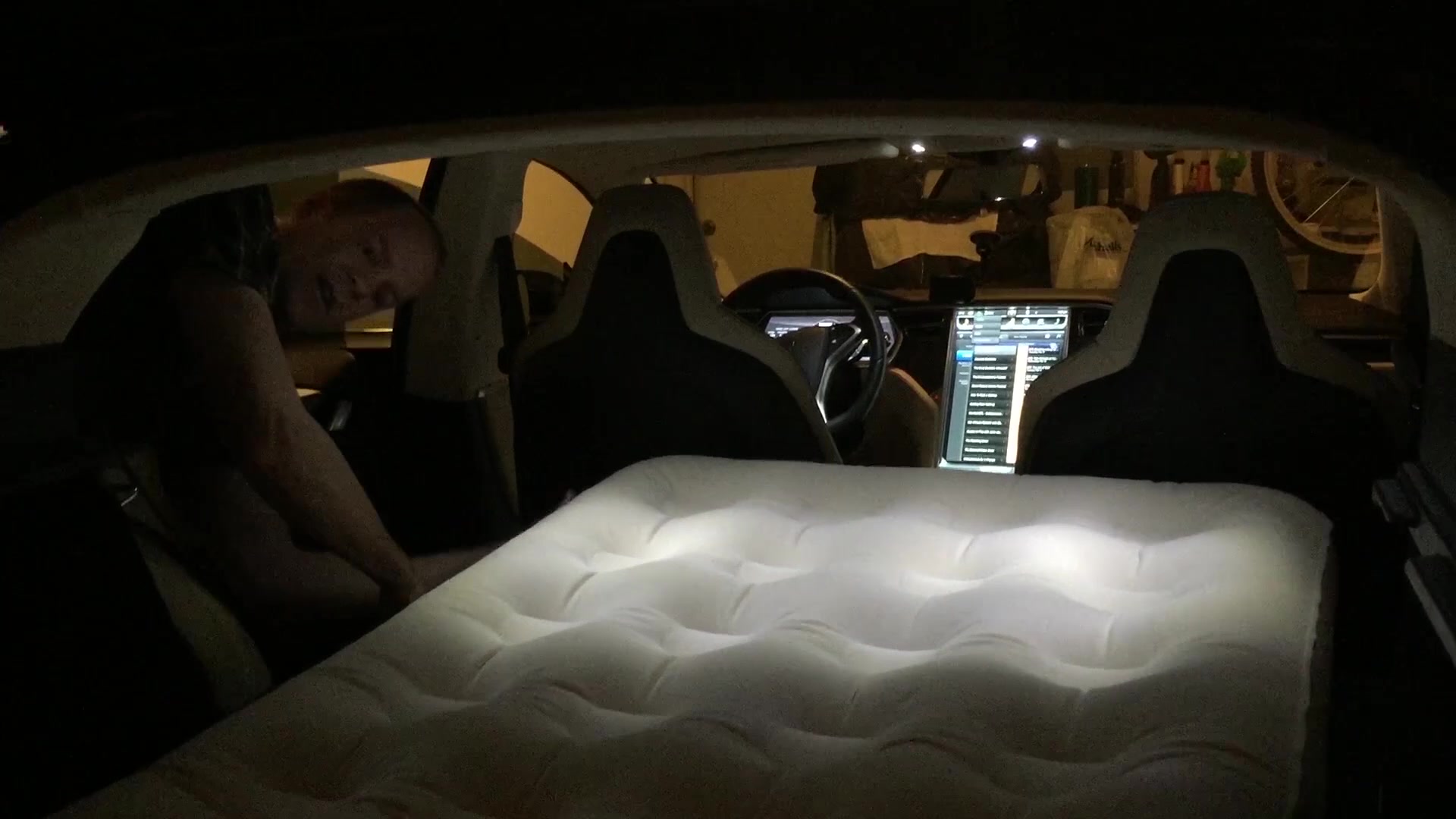