Hyperloop One CEO wants us riding in tubes in 2021

Freight travel will happen much sooner.

The company formerly known as Hyperloop Technologies has had a busy couple of days. It has renamed itself Hyperloop One, announced partnerships with governments and investors, launched a competition and performed a public test of its propulsion system.

At the helm of the company's evolution from "pretty cool idea" to testing a functional sled in the desert is CEO Rob Lloyd. The former Cisco president obviously knows a bit about networks and scale. Both skills are needed if Hyperloop One wants to bring an actual transportation system to the world.

We sat down with Lloyd to talk about government partnerships (someone needs to build all of those tube networks), when people will be allowed inside the pods and if we'll ever travel under the sea.

This interview has been edited and condensed.

As a private company, how do you see governments partnering with Hyperloop One?

I think first and foremost it's going to take government support to create a regulatory framework to make Hyperloop a possibility. We're seeing some very good support from federal transportation authorities and state and local transportation groups around the world. We'll need a supportive environment for regulations. We need people that want to move faster than the status quo.

Also, we think we support many of the priorities that governments have, which includes less destruction of the environment and a more sustainable all-electric transportation. It makes no noise. While the system today was on rails, Hyperloop in the future doesn't have anything touching a rail while it's being levitated. So there's no friction. You won't hear a Hyperloop go past your house. We think we're generally so much aligned with government policy, we just need to educate governments and get them on our side. 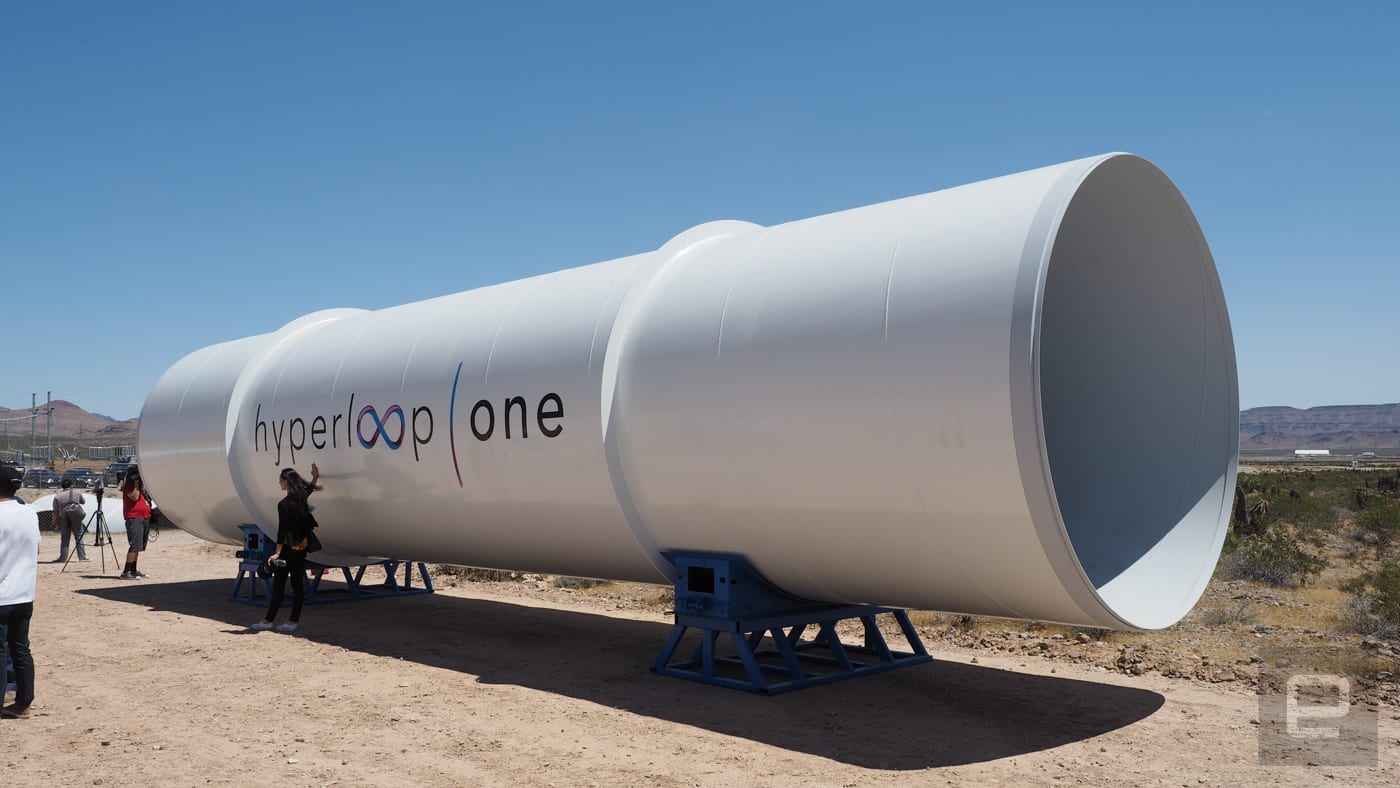 So that involves governments building the tracks/tubes like the construction of the interstate system?

Exactly. The interstate system gets built from high-density point-to-point locations. You solve a real problem, and you build the network. Hyperloop is a network. You start with a few nodes in the network, where you really solve a problem. Then you build extensions to those nodes. I think governments are instrumental. They may be a bigger challenge than building the Hyperloop technology itself.

If everything goes according to plan, how far is Hyperloop from becoming a reality?

So freight is the first application?

It's an easier step. There are less systems that need to be designed and certified. And for passengers, they should be certified. We all want to have a trusted relationship when we do anything. When we drive our car, when we fly in a plane or when we travel in a Hyperloop. That's important to use. We've actually brought people on that are beginning to help us with the safety-certification process. When people ride Hyperloop we want them to feel comfortable and confident.

You talked about underwater routes. Is that a pie-in-the-sky idea or something we'll see in the 2020s?

Let's go in this order: Aboveground first. Belowground in a tunnel through very rapid boring technology that allows us to do very straight and direct tunnels next and then underwater. Probably in that sequence.

This article by Roberto Baldwin originally ran on Engadget, the definitive guide to this connected life.