In which Cadillac advances the SRX's game, but dares softly. View All Specs
Thousands of feet above the Pacific Ocean, the winding roads that lead to the summit of Palomar Mountain turn from undulating curves to tight, blind, hairpin bends. Most drivers along this route are looking for a chance to exploit the limits of their cars' handling as much as one can on public roads, while taking in the bucolic views and endless blue skies. Up here, taking the thrilling curves at high speed is best left for drivers of performance cars who have platinum health insurance, lest the possibility of rolling a vertical mile toward Hellhole Canyon Preserve (we are not making this up) is not a deterrent.

How different the experience is when you've chosen to climb the mountain in the 2017 Cadillac XT5, the crossover that replaces the SRX in a growing lineup of refined and redefined XT-named utility vehicles. An instant reminder that this SUV is not a Lotus comes as we enter a corner with a smidgen too much gusto, the tires begin to claw for traction, and the seatbelts tighten with the grip of sudden death. A quick tap of the brakes releases the belts, but not before a bead of sweat forms on the forehead. The overwhelming feeling is one of being unsure if this exercise is out of the XT5's comfort zone, despite Cadillac's goal of hitting the high-achieving sweet spot of the sport-luxury crossover segment. 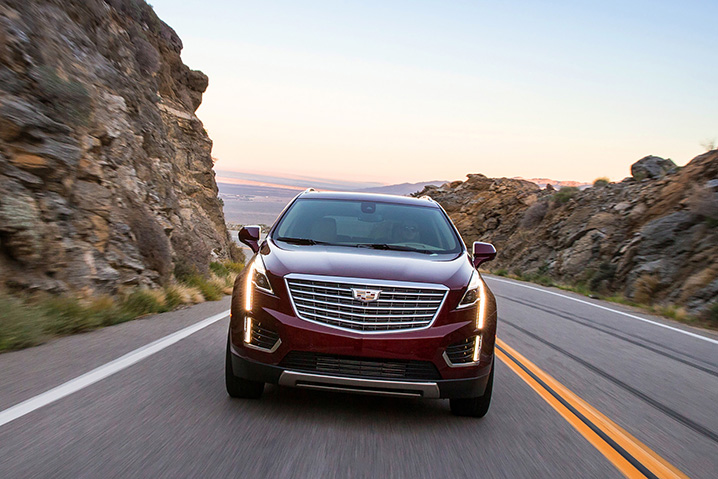 You'll know that an XT5 isn't an SRX when you first see one, although the differences are harder to tell when the two are parked side by side.

The XT5 is the second Cadillac model to arrive since the brand learned to speak with a New York accent (albeit an affected Soho dialect) and it's a key pillar to the brand's chances at worldwide success. In 2015, the final year of sales for the five-year-old SRX, Cadillac managed to sell almost 100,000 of them around the world – no small feat for a model about to be replaced, and proof of the crossover's relative freshness and its popularity in export markets like China.

Like the SRX that precedes it, the XT5 will be available with either front- or all-wheel drive (a $2,645 option), but that's one of few commonalities with the outgoing model. A new, lighter chassis helps the XT5 shed about 300 pounds, although Cadillac favors high-strength steel for bodywork and leaves aluminum for the engine and interior trim. In line with the revised brand guidelines for naming, SRX evolved into XT5, leaving room for larger and smaller utility vehicles to eventually join the lineup.

That's one way of explaining the evolutionary exterior styling of the XT5, which maintains the wedgy profile of the SRX but grafts on the new corporate face previewed by the CT6 sedan. Boomerang-style taillights bend, as on the ELR and SRX, and a lengthwise character line connects front and back with more grace than before. Most XT5 trim levels share a common front fascia, while the top-level Platinum has a brighter-looking grille and front skid plate. The overall look is that of a more refined SRX, and that's no bad thing for any of that model's fans – or any aficionados of the retired CTS Wagon. In short, you'll know that an XT5 isn't an SRX when you first see one, although the differences are harder to tell when the two are parked side by side. 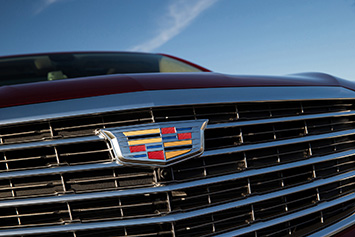 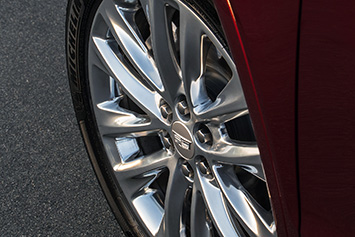 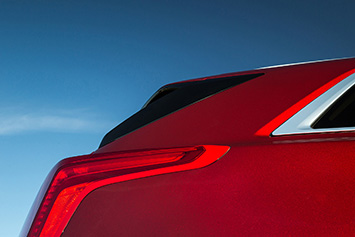 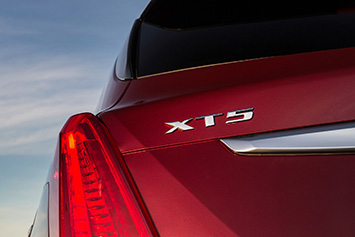 Its interior is a welcome departure that's sure to convert would-be buyers of German CUVs.

If the XT5's exterior is a familiar sight to Cadillac fans, then its interior is a welcome departure that's sure to convert would-be buyers of German CUVs. The dashboard is an expansive, flowing testament to the new school of Cadillac design, and it's immediately impressive. Gone is the waterfall-style center stack, which relied on frustrating capacitive touch inputs, and in its place is a tastefully integrated navigation screen surrounded by soft-touch materials and several storage compartments. The navigation screen is too small to compete with the Volvo XC90 for clarity, and too cluttered to offer much map information, but graphics are nonetheless crisp.

If you're familiar with the interior of the recently launched CT6, the shapes, colors, and quality will make sense. Particular kudos go to the color and trim team for having the gumption to experiment with unusual hues and materials. You might not order your XT5 with the Carbon Plum interior leather – which most closely matches a midnight blue in the dark, and a deep lavender in broad daylight – but Cadillac deserves some respect for offering the offbeat option. If Cadillac's goal is to coax style-conscious buyers away from the Audis, BMWs, Lexuses, and Mercedes-Benzes that they adore, job well done. Less impressive is the fit and finish of some of the details, like the cargo cover that feels more '90s Subaru than modern-day Cadillac. 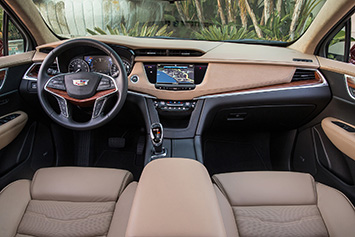 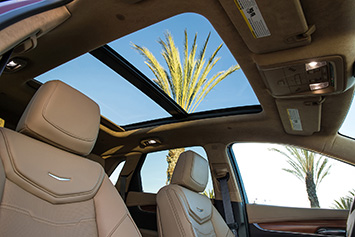 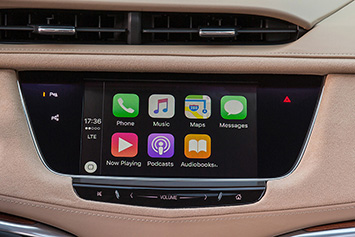 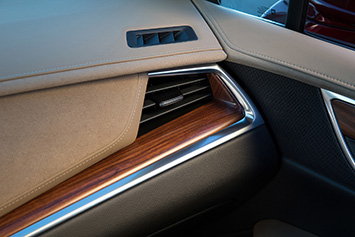 Even if most XT5 drivers won't push their cars too hard, we expect more from the company that just delivered the excellently balanced CT6.

For as much as we came to like about the styling of the XT5, there is a bit of a sore spot: driving it. Initially, for the United States market, the XT5 will be powered only by a naturally aspirated, 310-horsepower, 3.6-liter V6. An eight-speed automatic transmission that utilizes an electronically controlled shifter is standard across the lineup. While 310 hp is competitive with most midsize luxury CUVs, the XT5 never felt particularly lively getting up to speed – it could certainly stand to benefit from more than 271 pound-feet of torque. We think that issue could be rectified by installing the turbocharged, 2.0-liter four-cylinder engine that will be offered in the rest of the world, or the CT6's delightful twin-turbo 3.0-liter V6, both of which have livelier personalities. Passengers will focus more on the smooth ride and relatively quiet interior, but enthusiasts might grumble.

Further dulling the driving experience in the XT5 is lifeless steering with artificially light feel, leaving the driver to operate the vehicle, not engage with the road. The brakes are spongy, and there's a significant amount of body roll when tossing the XT5 around corners. "Sport" and selectable all-wheel-drive modes add some excitement to the drive, mostly in the form of reprogrammed shift calibration, but there is a noticeable delay from the time we selected a mode to when the XT5 actually entered it. Surprisingly for a crossover, the XT5 comes to life the harder it's pushed, but we wish the engine were slightly more punchy and potent. Even if most XT5 drivers won't push their cars too hard, we expect more from the company that just delivered the excellently balanced CT6. 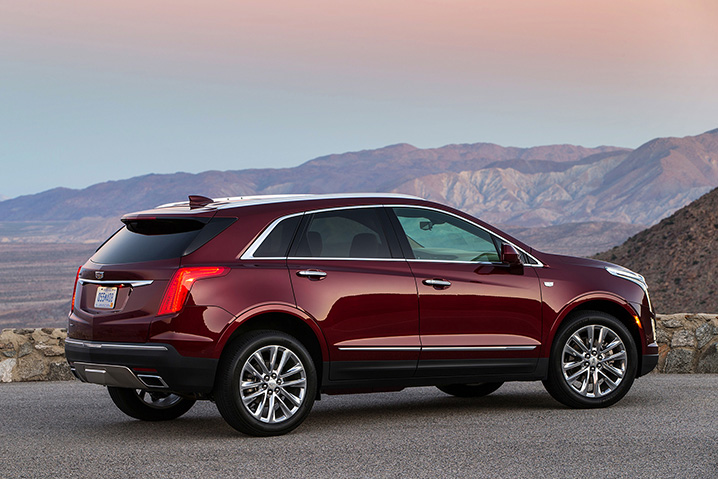 The XT5 picks up where the SRX left off, daring prudently where it counts.

That brings us to a discussion of how the XT5 fits in, within the increasingly competitive landscape of the luxury SUV market. In terms of driving dynamics and intended audience, it skews away from the likes of the Audi Q5, BMW X3, and Mercedes-Benz GLC, and shoots directly at the Lincoln MKX and Lexus RX 350. The XT5 offers an argument in favor of giving a second look to the MKX, which is hardly a sporty performer but a speedier and more confident one. In terms of content, from active cruise control and active safety kit, to luxury items like the camera-based rearview mirror, the XT5 is the better-equipped choice.

When we finally descended from Palomar Mountain, and took the highway back to ritzy Orange County, where SRXs roam the streets like a local, indigenous species, we were confident in our verdict. The XT5 picks up where the SRX left off, daring prudently where it counts. It is a fashionable, capable followup to the SRX, and in its native environment – parking lots of high-end stores and in highway traffic – it could be another winner. 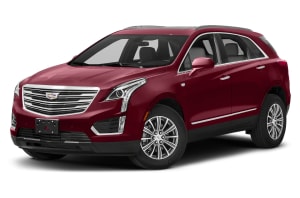