The Problem: The company might not have filled a driveshaft slip joint with grease, and the part can potentially fail over time. If this happens, the vehicles could lose power to the rear axle.

The Fix: BMW dealers will inspect the driveshaft and replace it as necessary.

More Information: BMW issued two other recalls for similar models this year. An airbag problem prompted a campaign for 2,067 examples of the 4 Series Convertible in March. A fuel pump issue in April also forced repairs to the 3 and 4 Series, in addition to the 2 Series.
Show full PR text
RECALL Subject : Driveshaft Slip-Joint may not have been Greased

CONSEQUENCE:
If the slip-joint fails, there would be a loss of power to the rear axle and therefore the vehicle would stop moving, increasing the risk of a crash.

REMEDY:
BMW will notify owners, and dealers will inspect the driveshaft, replacing it as necessary, free of charge. The recall is expected to begin January 8, 2016. Owners may contact BMW customer service at 1-800-525-7417. 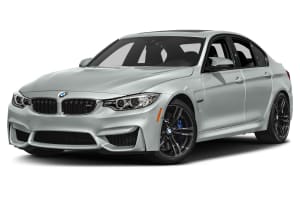