Not Yet A True S-Class SUV, But Still At The Top Of Its Segment View All Specs
I recently waxed poetic about the interior of the 2017 Mercedes-Benz E-Class. In short, it's a class above the rest, simply because of the craftsmanship lessons Mercedes learned from its flagship S-Class. The new GLS-Class SUV doesn't have an interior like this. Normally that wouldn't be a big deal – adding "S" to the "GL" name is a marketing move to better tie Merc's largest SUV to its S-Class sedan. But it's more than just a letter; "S" adds a whole lot of responsibility in the world of Mercedes-Benz.

Let me be clear: The GLS is a damn good product. It's supremely luxurious and immensely capable. An while it's not quite a luxury behemoth worthy of an S-Class name – that's probably in the works, by the way – it's still the best thing you can get this side of a Bentley Bentayga. And that's just fine with me.

What you're looking at here is essentially a midcycle refresh of the existing GL, with some heavy massaging done to the exterior styling, interior design, and some mechanicals. Outside, the front fascia has a more upright appearance, with a wider grille that pushes the redesigned headlights farther out to the sides. Around back, there's a new bumper and LED taillamps. Otherwise, it's business as usual, though I do like the Sport exterior pictured here, only available on the GLS550. It comes with larger front air intakes and a tweaked rear apron, not to mention 21-inch AMG wheels. Certain elements like the mirrors and lower lip are blacked out with the addition of the Night pack, also seen here. 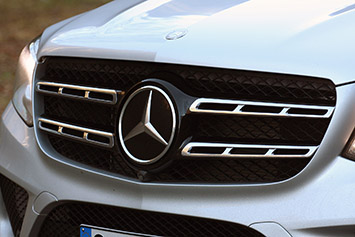 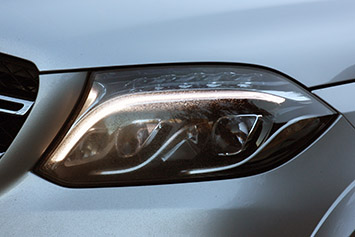 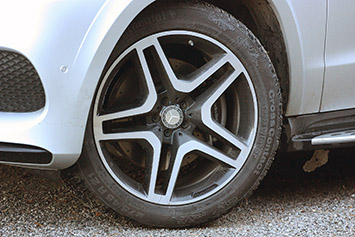 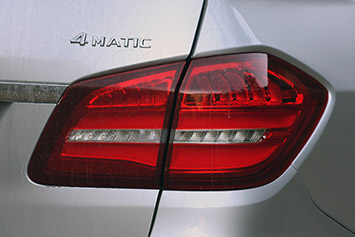 "S" adds a whole lot of responsibility in the world of Mercedes-Benz.

Because this isn't a clean-slate refresh, many of the SUV's interior bits carry over unchanged. No, it doesn't have the ultra-premium feel of an S-Class, but every surface is still wrapped in fine leather, the hard plastics genuinely feel premium, and on the go, road and wind noise are pretty much unnoticeable.

Older bits like the HVAC controls at the bottom of the center stack and the old-style phone keypad above give away the GLS' age, but there's still plenty to boast about inside. The eight-inch infotainment screen houses all the latest COMAND features, controlled by the touchpad on the center console or redundant rotary knob. Compared to what you find in the Cadillac Escalade or Land Rover Range Rover, COMAND easily wins in terms of ease of use and the overall level of functionality. There's still seating for seven, with a two-place third row that folds into the floor electronically via buttons in the cargo bay, and with everything folded flat, there's a massive 93.8 cubic feet of cargo room. The GLS is a big girl, after all. 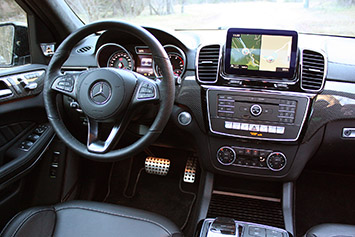 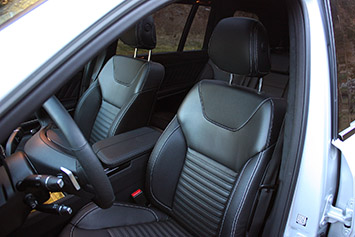 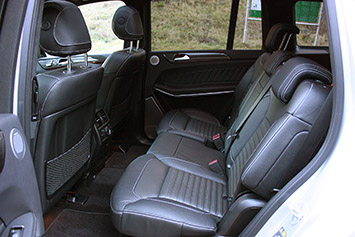 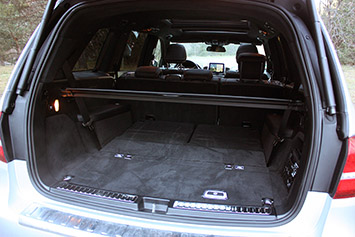 The GLS cruises with the sort of comfort and compliance you expect from a big Benz.

On the road, the GLS doesn't feel all that massive. Mercedes' Airmatic suspension is standard on all GLS models, and new for 2017 is Active Curve Control, with adaptive anti-roll bars at the front and rear that mitigate body roll during cornering. It won't carve canyons, of course, but on the winding roads in the mountains and valleys of Austria, the GLS confidently cruises with more poise than its predecessor. The steering's good, too, with a solid on-center feel and weight that builds progressively. Braking is a vague experience – you sort of dive into the pedal and then figure out how much more effort you need to give. But generally, the GLS cruises with the sort of comfort and compliance you expect from a big Benz. There's that "S" in action.

Power comes from a choice of four engines. On the base end, there's the GLS350d with its 3.0-liter turbodiesel V6, good for 255 horsepower and 457 pound-feet of torque. I love this engine, and it's my favorite in the GLS – the smooth torque rush blends nicely with the relaxed SUV demeanor, but it's got plenty of guts for climbing steep grades. The GLS450 now uses a twin-turbo gasoline V6, a version of the 3.0-liter unit found in the C450 AMG Sport, with 362 hp and 369 lb-ft of torque. It's fine; the majority of customers who buy the GLS will opt for this engine, and they'll be rewarded with a completely unremarkable, but perfectly pleasant experience. The GLS550 pictured here, however, uses Merc's twin-turbo 4.7-liter V8, with 449 hp and 516 lb-ft of torque. That's more than enough power for the GLS' intended purpose, but man, it's fun to pass slow-moving Austrians with the wealth of power available here. Of course, the truly speedy will want to climb up to the 577-hp, 561-lb-ft AMG GLS63 which – according to the previous model's specs, anyway – should be good for a sub-five-second 0-60 sprint. The Mercedes-AMG GLS63 will be tested at a later date, and I fully expect it to be hilarious, terrifying, and super cool. 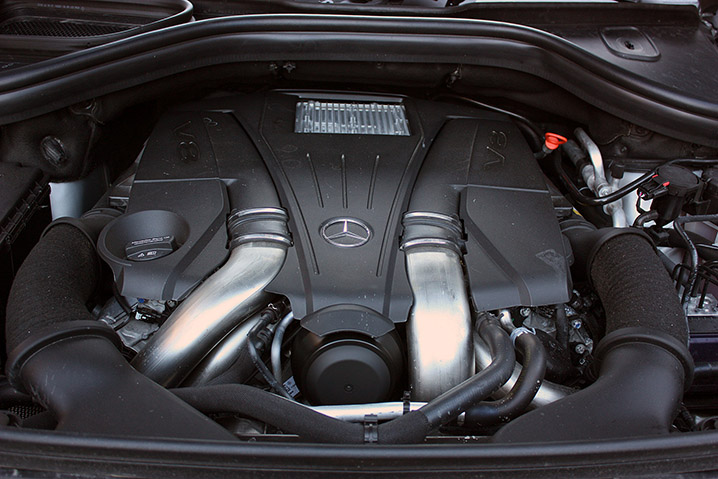 This transmission is so smooth and unobtrusive to the drive experience that you never really know it's there.

New for 2017, 350d, 450, and 550 models get a nine-speed automatic transmission – 9G-Tronic in Mercedes-ese. This transmission is so smooth and unobtrusive to the drive experience that you never really know it's there. I assume the nine-speed tranny is good for an improvement in overall fuel economy; official EPA ratings are not yet available. The GLS63 soldiers on with Mercedes' seven-speed AMG Speedshift Plus 7G-Tronic transmission. There might be a fuel economy bump with that model, but honestly, considering it's a 577-hp, three-row SUV, I don't really care.

Another fresh piece of tech: Dynamic Select. Mercedes provides this across pretty much all model ranges now, and in the GLS, offers up to six different drive modes. The big difference between each setting is that only Sport mode starts the GLS in first gear. Comfort, Slippery, and Off-Road default to second gear for smoother acceleration. There's an Individual mode on all models, where you can play with individual drive settings and choose your own adventure, and vehicles equipped with the Off Road Engineering pack get a final Off-Road+ selection. With that, the Airmatic suspension can deliver a ride height of 12.5 inches for a fording depth of up to 23.6 inches. That said, the small percentage of fullsize luxury SUV owners who actually need serious off-road capability will probably look to Land Rover's Range Rover instead of Mercedes' GLS. I know I would.


The GLS has more than enough luxury, tech, and comfort to keep it at the top of its group.

The biggest threat to the GLS is the Land Rover Range Rover, though in fullsize form, doesn't offer a third row of seats. You can spec the smaller Range Rover Sport to get that, but then you're in BMW X5 and Audi Q7 territory. For the GLS, it's got to do battle with the Cadillac Escalade, Infiniti QX80, Lexus LX 570, and Lincoln Navigator. Considering the class, then, while the GLS might not be a proper S-Class SUV, it's got more than enough luxury, tech, and comfort to keep it at the top of its group. 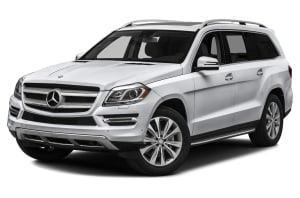