The problem with the door latches is that they may not have been properly heat-treated, which means that in the event of a crash, the door could swing open. All of the affected GranTurismos (both coupes and convertibles) are from the 2016 model year and were produced between June 24, 2015, and September 2, 2015.

While Maserati's sales figures (thanks largely to the introduction of newer models) continue to climb, the GranTurismo accounts for only a small portion of the company's overall production. Last year the company sold an all-time high of 36,500 units around the world, of which only 3,500 (or less than one tenth) were from the GranTurismo line - which remains the oldest in the Maserati lineup.

Since introducing the GranTurismo in 2007, the Modenese automaker has rolled out the Ghibli, replaced the Quattroporte, and is preparing to delve into the SUV market with the forthcoming Levante. A new two-door model is expected to arrive in the form of the Alfieri, which won't replace the GranTurismo, per se, but we wouldn't expect the GranTurismo to stick around for long after the Alfieri comes along.
Show full PR text
RECALL Subject : Passenger Side Door Latch Not Heat Treated
Report Receipt Date: NOV 10, 2015
NHTSA Campaign Number: 15V744000
Component(s): LATCHES/LOCKS/LINKAGES
Potential Number of Units Affected: 135
Manufacturer: Maserati North America, Inc.

CONSEQUENCE:
If the door latch was not heat treated, in the event of a crash, the door latch may fail allowing the door to open, increasing the risk of injury.

REMEDY:
Maserati will notify owners, and dealers will replace the passenger side door latch assembly, free of charge. The recall is expected to begin in November 2015. Owners may contact Maserati customer service at 1-201-816-2600. Maserati's number for this recall is 292. 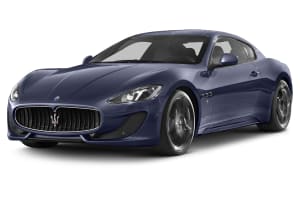