One Attorney Describes Fine As 'Pennies In A Fountain'

Pete Bigelow
Years after rescuing the company from bankruptcy, safety advocates feel the US federal government has once again bailed out General Motors. Several lashed out Thursday when the US Department of Justice closed a criminal investigation into the company's conduct without bringing individual charges against any GM officials. The company agreed to pay a $900 million fine for failing over the course of a decade to alert federal regulators to a safety defect responsible for killing at least 124 motorists and injuring hundreds more.

Two US Senators, a former head of the National Highway Traffic Safety Administration, safety advocates and attorneys who had followed the long-running investigation decried a punishment they felt was meek for a company that reported $156 billion in revenue last year.

"To have the single most egregious and successful cover-up in the history of this country result in such a gentle slap on the wrist through the payment of these pennies in a fountain does not bode well for tomorrow's victim of the next auto defect," said Bob Hilliard, a Texas attorney who has represented victims of the ignition-switch defect. "Without a change in the law, there simply will be no deterrent for car companies that decide to cut corners and kill customers."

Hilliard has some consolation. In a separate agreement Thursday, General Motors agreed to pay $575 million to settle a class-action suit he led, which represents 1,380 motorists who drove compact cars affected by the ignition switches, which could inadvertently slip from the "run" to "accessory" position, thereby turning off electronic systems like power steering and airbags.


"Hundreds of deaths resulted from GM's conduct, and yet they simply write a check and go home. This is a remarkably jaw-dropping and incredibly sad result." - Robert Hilliard

The defect's lethal consequences were first widely seen on American roadways just about the same time the American government launched its $49.3 billion bailout of the company in 2009. Documents would show the company knew about the ignition switches years earlier, withheld that knowledge from federal safety regulators and didn't recall millions of affected cars until February 2014. For months, GM acknowledged only 13 deaths linked to the defect.

Ralph Nader, the one-time presidential candidate and consumer advocate who made his career by detailing safety weaknesses in vehicles, particularly the Chevy Corvair back in 1965, said Thursday's agreement exposed the federal government as toothless.

"Letting off General Motors – this homicidal fugitive from justice – once again desecrates the memory of over 100 victims and counting of General Motors' criminality," he said. "The exoneration of all GM personnel gives new meaning to the surrender of federal law enforcement that remains impervious to the preventable hundreds of thousands of deaths and injuries resulting from documented corporate criminal negligence or outright criminality."

US attorney Preet Bharara, whose office in the Southern District of New York led the investigation, said Thursday he wouldn't rule out bringing charges against individuals at a later date, but acknowledged the complexities of the investigation made it a difficult prospect. He said that vagaries in the law made it difficult to bring charges. "We can only do what the law permits and allows," he told The Detroit News. "It's not as easy as it looks sometimes."

Pending legislation could give prosecutors the clarity they need for future investigations. The Motor Vehicle Safety Act of 2015, introduced in the US Senate in July, would make knowing and willful violations of vehicle safety rules a criminal offense. Two of the legislation's co-sponsors, Democratic senators Ed Markey (Mass.) and Richard Blumenthal (Conn.) termed Thursday's outcome "extremely disappointing," in part because the agreement did not compel General Motors to make an admission of criminal wrongdoing. 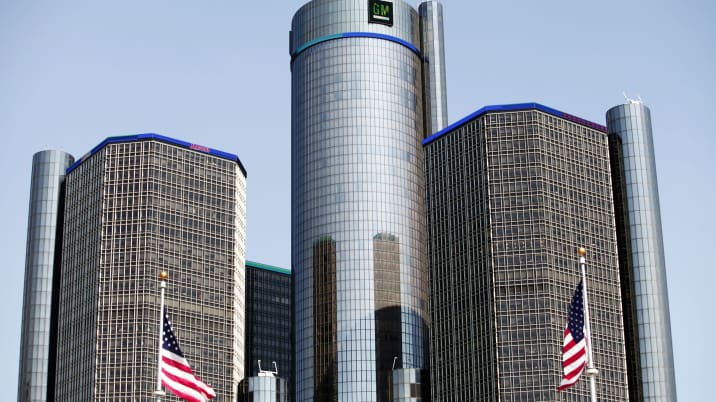 "The 124 families who lost loved ones deserved an explicit acknowledgement of criminal wrongdoing, and individual criminal accountability," the pair said in a joint statement. "GM knowingly concealed information that could have prevented these deaths, and it is shameful that they will not he held fully accountable for their wrongdoings. We cannot continue to allow large auto companies to get away with deadly, deceptive conduct."

General Motors CEO Mary Barra, who was hailed as the "Most Powerful Woman" on Fortune Magazine's list of female leaders last week for leading the company "out from under the shadow of its 2014 ignition-switch recall" held a town-hall meeting with employees, in which she said, "I have said many times how sorry I am for what happened. On behalf of all of us, I have apologized to the families who lost loved ones and to those who were injured. I do so again today."

Critics point out that General Motors' $900 million penalty is smaller than the $1.2 billion fine Toyota agreed to pay in 2014 for failing to recall defective cars that would unintentionally accelerate. That defect has been linked to at least five deaths, a small fraction of the 124 acknowledged by an administrator selected by General Motors to identify victims of the ignition-switch defect.

"Toyota paid more but was guilty of less," Hilliard said. "Hundreds of deaths resulted from GM's conduct, and yet they simply write a check and go home. This is a remarkably jaw-dropping and incredibly sad result."