Chris Bruce
Today, Saab survives in name only after a protracted series of bankruptcies and attempted comebacks with new owners. At the turn of the millennium, however, the brand was still able to make some great cars, though. MotorWeek is showing off one of its very best in this vintage review for the 1999 9-3 Viggen.

The jet-inspired Viggen was the pinnacle of everything Saab's engineers could do at the time. Starting with the standard 9-3, the suspension was hunkered down to improve handling and lower bodywork was added for better aerodynamics. Now that the exterior looked the part, the 2.3-liter turbocharged four-cylinder was tweaked to make 225 horsepower and 252 pound-feet of torque. While that output may not sound hugely impressive by modern standards, those were strong numbers in the day, and the following model year made even more power.

After some time behind the wheel of the VIggen, MotorWeek came away quite impressed with this Swede. While the Viggen might not have offered the full capability of high-performance, European contemporaries like the BMW M3, Saab really showed its strengths with this model. 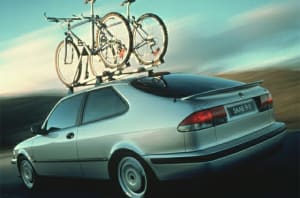