Porsche Boxster spied in the buff Porsche is preparing a significant update to its entry level Boxster convertible, and while visually this might appear to be a simple refresh, the changes are more than skin deep.

Following a number of rumors, Porsche will finally make the jump to turbocharged engines on a broad scale, and it starts with this new Boxster. According to our spies, it's the larger side intakes featured on this prototype that give away its smaller, force-induced flat-four engine. The dual exhaust pipes, meanwhile, say Boxster S to us, rather than just the basic model.

Beyond the mechanical changes, this marks the first time we've seen the new Boxster completely free of camouflage. We can see that Porsche's stylists – famous for revolutionary designs slowly tweaking the same style for decads on end – adjusted the look of the front and rear fascias. We like the more aggressively canted headlights, which get the same four-pointed LEDs as its big brother, the 911. The slimmer taillights are a minor improvement on the inoffensive lamps fitted to the current car, and serve to take some attention off the all-plastic exhaust surround, which is much more simply styled than the current car's.

It should also be noted that the aesthetics featured on the new Boxster are very, very likely to be transferred directly onto the new Cayman. You can check out our full gallery of shots of the all-new, totally undisguised Boxster in the gallery up top. Expect to see the new roadster around this time next year, with a debut at the 2016 Geneva Motor Show likely. 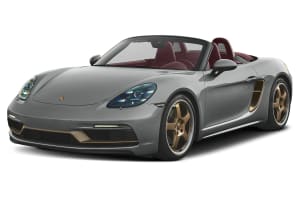 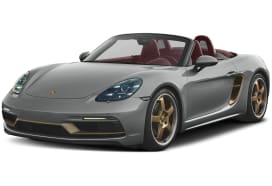 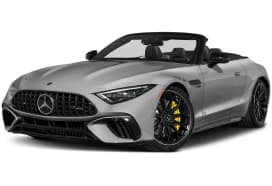