Will.i.am and Lexus make music on a runway with frickin' lasers

Chris Bruce
There's no doubt that an engine can make some fabulous sounds, but they don't technically fit the definition of music. In a spectacular recent stunt from Lexus, Will.i.am, and a huge team of technicians, a trio of NX CUVs actually became an instrument while driving down a runway to play the artist's song #thatPOWER. All that was necessary to get it done was the help of a whole lot of lasers and some very precise driving.

The team rigged up 350 audio-sensitive lasers and lights to make this stunt possible, and it essentially turned the runway into a real-world version of the Rock Band video game interface. The three NXs needed to drive not only in the right location but also at the right speed to keep the song's tempo going. While what you see here was reportedly shot in just one night, setting everything up took 65 people over seven days. The awesomely named light artists, Marshmallow Laser Feast, designed the actual layout.

The end result of all of the hard work definitely looks impressive in this video, but it also appears like this was a very difficult stunt to actually get right. A lot of the faces at the end of the clip were wearing a look of relief of finally doing things successfully.

Brussels 30th July 2015 - #NXontrack - Lexus Europe, today unveiled an innovative audio-visual film which sees global entrepreneur and musician, will.i.am challenged to create a remix of one of his most iconic tracks, #thatPOWER in a breath-taking music, art and technology spectacular. .

Played out on a disused runway lined with more than 350 projected mapped motion and audio sensitive lasers and lights, the front-man battles against speed and rhythm to conduct and navigate a trio of striking Lexus NXs', hitting the laser 'targets' at the correct tempo to synchronise with his smash hit.

The unprecedented live event, shot in one night last week, sees the musician's skills put to the test as he joins three stunt drivers including 2013 Blockbuster, Rush frontman, Niki Faulkner, to take on the colossal 'sound-road', race against rhythm and successfully complete the challenge in the limited hours of darkness available before the sun rises.

Speaking about the video, will.i.am said: "Working with the stunt guys to hit the laser targets in time with the music wasn't easy to get right but the result was awesome. The combination of technology, design and music in this project was out of this world."

A team of sixty-five technicians worked for over seven days to build the rigging for the lights and motion sensitive lasers, designed by world-renowned light artists, Marshmallow Laser Feast (MLF), who has previously worked with the likes of Coldplay and U2.

MLF Creative Director, Barnaby Steel said: "Together with Lexus, we've created a huge musical game with three stunt drivers as the players and will.i.am as the conductor. Music is brought to life when the cars hit beams of light that are motion sensitive at the correct time and rhythm. It's basically like a giant laser harp with cars instead of fingers. The challenge for will.i.am and the drivers was to navigate the light points on tempo. When they fell off beat and triggered notes off tempo, the system would have to restart."

Alain Uyttenhoven, Head of Lexus Europe, said: "We're projecting that the NX will represent one third of all Lexus sales across Europe this year, so it feels only right that we've created something as bold as this event with will.i.am – something that truly embodies our brand philosophy of Amazing in Motion!"

Launched in September 2014, the Lexus NX marks Lexus' entry into the mid-size premium SUV segment. Since its launch, the car has quickly become one of Lexus' fastest selling vehicles across Europe. 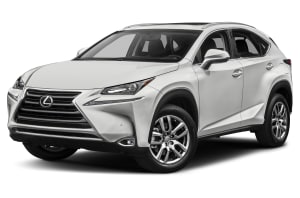