David Hobbs
"I have overcome greater things in my life than driving at night."

When considering Alex Zanardi's tumultuous life and racing career, the notion that he might be worried about racing for the first time at night seems patently absurd the moment I pose the question.

But as I've discovered previously, ask Zanardi a question and his reply - even a brief one - will offer analysis.

"I'm really looking forward to it," he says, before adding: "Also, it will be much cooler."

Zanardi is talking about the latest installment in his racing career - the 24 Hours of Spa - where he will race a BMW Z4 GT3 alongside fellow ex-Formula 1 driver Timo Glock and DTM driver Bruno Spengler. For the second year, Zanardi is running with ROAL Motorsport, and the team has the full weight of BMW behind it as it prepares to go up against 57 other cars on the historic Belgian circuit this weekend.

I first met Zanardi last year at Brands Hatch on a hot May afternoon after his one-hour Blancpain Sprint Series race. He was exhausted and downing can after can of cola but still happy to chat to fans as he cooled off. I ask why, if that was such a tough experience, he is prepared to do it for 24 hours.

"It's a good question, why would I?" he ponders aloud before quickly adding: "I am confident I am as well-equipped as I can be to face such an enormous commitment."

That confidence comes from three developments that have allowed him to be the first disabled driver to race the Spa 24H. 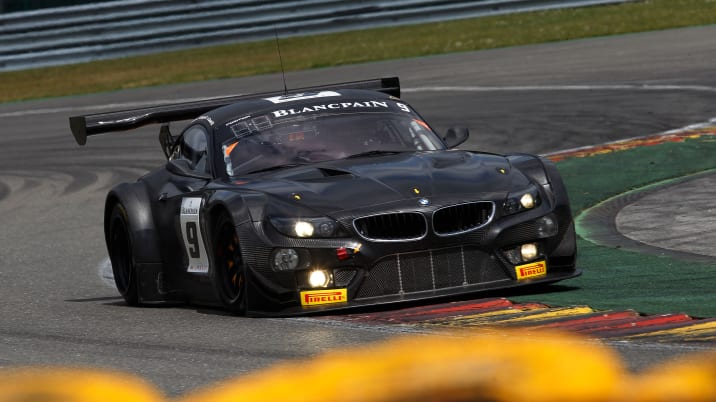 Firstly, his athleticism; since Zanardi lost both his legs in the horrific CART accident at the Lausitzring in 2001, he has drawn admiration for his subsequent achievements as a racing driver and paracyclist; the Italian won two golds and a silver at the 2012 London Paralympics in handcycling. The man is seriously fit.

The next major change is inside the Z4 cockpit, where he has worked with BMW engineers to adapt the braking system without hindering his able-bodied teammates; having two others sharing the car with him is a new challenge for both Zanardi and BMW. New controls, particularly the brake pedal, were designed with impressive results.

"[The engineers] made my life easier quite dramatically via ergonomics, pushing the brake pedal and the footrest where I put my prosthetic feet to the side of the space that was available.

"This makes everything better for me. The ratio of the brake pedal is changed. It sounds like a small detail but it was actually a big work to do because they had to drop the entire pedal box - redesigning everything basically - in order to gain a few degrees into my knee angle.

"This allows me to get more stroke and I can use that extra stroke to use a different ratio, which ultimately makes my pedal slightly softer and therefore I can apply more pressure without pressing as far as I used to."

This works perfectly at Spa - it's no coincidence this race was picked by Zanardi and BMW - where braking is lighter through the fast corners.

"You just have to be precise," Zanardi says. "Let the car go into the corner with a decent amount of speed and trust the aerodynamics of the car to do the job and carry you round."

Finally, Zanardi can look forward to a little luxury in the Z4 - air-conditioning - which he admits makes a "big difference" after last year's specially designed cooling suit he wore, and hasn't compromised the car in terms of weight or power.

"We lost a couple of horsepower but we've not noticed any difference in times whether the system is on or off," the double CART champion confirms.

Working with Glock and Spengler - "amazing drivers, really fast" - has been a learning curve since they joined forces, but it has also provided Zanardi with an unexpected boost. 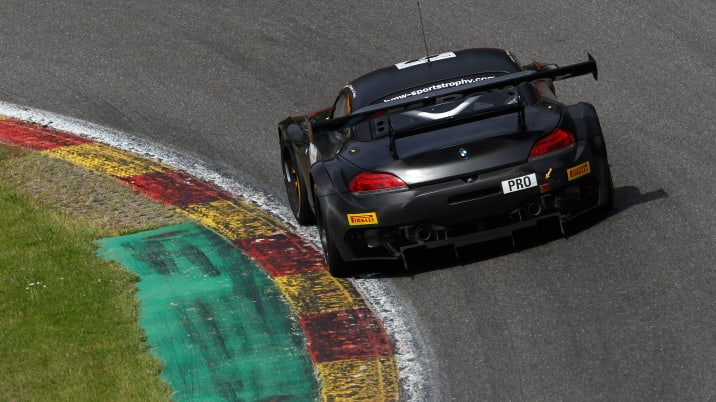 "The good thing for me, not so much over a single lap, but as far as pace and keeping a certain rhythm goes, is that I am not far away from them."

This would be important for any driver but even more so for Zanardi who often in the past would be congratulated even if he hadn't been competitive.

"Inevitably the mechanics, the engineers, everybody, would still come over and pat my back and say 'don't worry about it', like unconsciously you would assume that I was the problem because I have no legs.

"Maybe I was but maybe other times if we had played with springs and shock absorbers we could have gained half a second.

"But now if I am a second slower and Timo jumps in and is a second slower too, then the engineers come to me and say 'hey Alex, don't worry about it, we know what to do to the car to make it faster'. It's a very comfortable situation.

"Of course, I have no excuses now," Zanardi laughs.

The only area where time could be lost is in the pitstops when Zanardi swaps with either Spengler or Glock and the steering wheel is switched. It's the only part that needs changing and adds up to six seconds but even that hasn't made a noticeable difference. A first-rate stop at Spa with fuel and tires will be 50 seconds max, so with the team already hitting the 40-second bracket in testing, a competitive car, and three fast drivers, what can BMW hope to achieve?

"If we could clinch a top-five finish I would not be surprised," he says. "My teammates are top class drivers and individually have achieved such results, so we have the right ingredients to do it again.

And who would bet against another remarkable chapter in the remarkable life of Alex Zanardi?