View All Specs
Add a Review
The recipe for the 2011 Porsche Boxster Spyder cooked up a meal that everyone loved. Yes, even with the three-piece, Erector Set canvas top that took one journalist 30 minutes to lower the first time. Boiled down, the 2011 model was a Boxster S with 10 extra horsepower and 176 fewer pounds, graced with accelerated reflexes.

For the second coming of the Boxster Spyder, Porsche fortified the ingredients it used in the first. It starts with the Boxster GTS and adds the 3.8-liter flat-six from the 911 Carrera S, tuned to 375 horsepower and 301 pound-feet of torque. The Spyder subtracts around 72 pounds compared to the Boxster GTS, weighing in at 2,899 pounds. This, then, is both the most powerful and the lightest Boxster you can get. For you fact-checkers out there, the entry-level Boxster is listed at 2,888 pounds on the Porsche USA site, but a spokesman points out that, "the metric for determining weight has changed, which increased the amount of fluids necessary to perform weight testing." In other words, the base Boxster is unchanged, but the real-world curb weight is actually higher.

It's ridiculous to quibble over 11 pounds – or whatever the difference is – because the Boxster Spyder has 110 more horsepower and 96 more pound-feet than the base model. With a successful technique already established, we thought the latest Boxster Spyder would even more of a raucous and rowdy good time than its predecessor. But it's not. 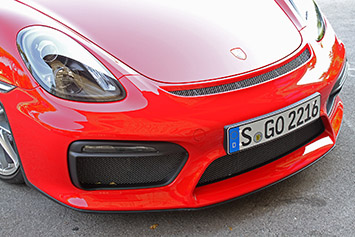 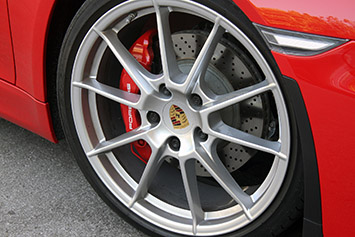 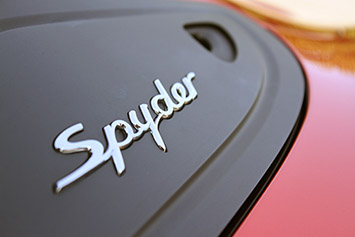 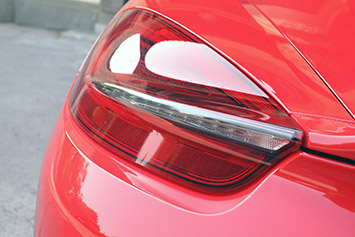 The standard Boxster Spyder doesn't come with manual A/C or a stereo, but both can be added for no additional cost.

The exterior, at least, exhibits the right kind of maturity. Front and rear fascias swiped from the Cayman GT4 add 10 millimeters in length compared to other Boxsters. Those pieces make the car lighter, along with items like the aluminum doors and decklid. The bulges behind the roll hoops, called streamliners, are the can't-miss-it references to Porsche's historic and legendary Spyders. In case admirers still don't get it, Spyder badges sit atop each rear quarter panel.

Inside, the leather, body-colored trim, and copious amount of Alcantara is like a track-day package arranged by Prada. The steering wheel is shared with the Cayman GT4. The lightweight sport seats that hug like a carbon fiber cradle in our test car aren't available in our market. Different sport seats are standard in the US, racier buckets are a $4,750 option. The sole transmission offered is a six-speed manual, fitted with a shorter lever and engineered for shorter shifts than everyday Boxsters. Our tester had automatic climate control and the $6,730 Burmester audio system, both of which are optional. The standard Boxster Spyder doesn't come with manual A/C or a stereo, but both can be added for no additional cost. 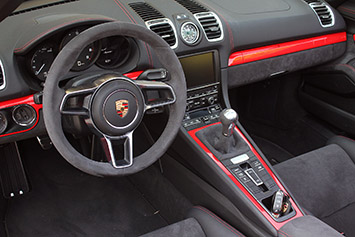 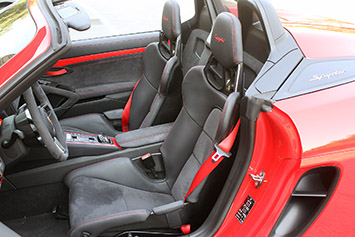 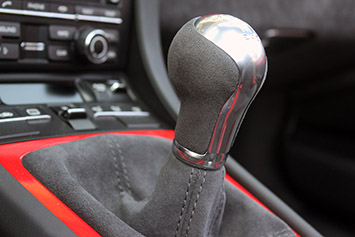 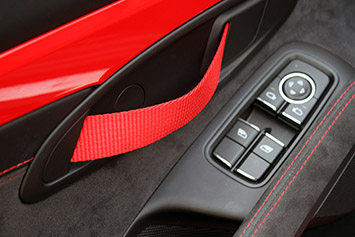 Many of the Boxster Spyder's reflexes are two ticks more relaxed than we expected.

The fabric top, semi-manual in operation, loses 24 pounds compared to the electronic units in every other Boxster. It is vastly easier to use than the build-it-yourself roof on the first Spyder, taking six steps to raise and to stow instead of 15. The only electrical leftover is latching to and unlatching from the header rail, done via buttons in the center console. One finicky step is placing the top's fins – the flying-buttress-like appendages that run from the upper piece to the rear– in the decklid when the top is up, or in a special slot in the top itself when putting it down. Unlike on the previous Spyder, you can drive at the full top speed of 180 miles per hour when the top is up. As the roof if fully sealed against the weather, it's approved for automated car washes.

Top-down is the only way to run up and down the Alpine passes of our drive route, the enhanced exhaust note in Sport Plus boomeranging off the sheer cliff faces. The suspension, adapted from the optional sport suspension from the Boxster GTS, gets an A-plus. It imparts firm sports-car sensation, yet holds the body steady even when the wheels are forced to shimmy over terrible roads. The torque vectoring rear differential combined with wide, 20-inch rear tires makes for magnetic grip. The brakes, taken from the 911 Carrera S, are outstanding even by Porsche braking standards.

We wish we could say the same about the Boxster Spyder's other reflexes, which are two ticks more relaxed than we expected. The variable steering rack is lifted from the Porsche 911 Turbo but requires more lock than we anticipated. The 3.8-liter flat-six has muscle, but you need to lay deep into the throttle to summon that 375 horsepower, and then wait until the revs reach 6,700 rpm – 1,100 rpm short of redline – to actually acquire it. Second gear is so long that we used it for low-rpm trawling through Tuscan villages and high-rpm ripping through Alpine switchbacks. 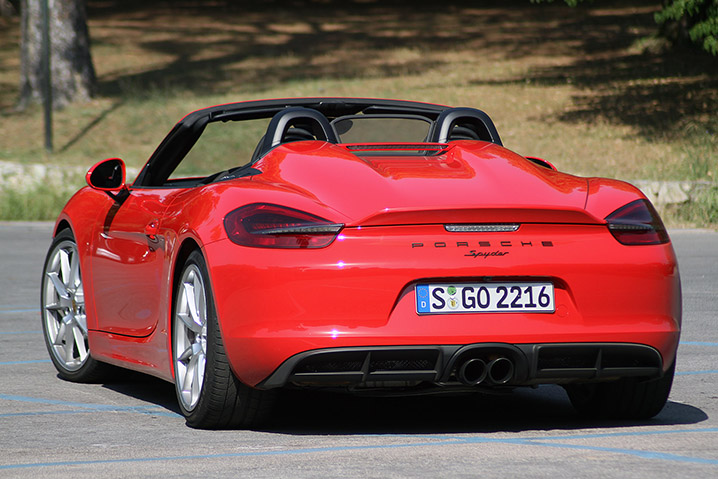 The new one grew up, and lost some personality at finishing school.

The Boxster Spyder begins to get lively in Sport Plus when driven above the 4,750-rpm torque peak. Before you cross that line the Boxster Spyder is a bittersweet medicine to enthusiasts: the mature sports car. It has the numbers, it looks great, and makes great sounds, but it lacks the keen edge. Take that top for instance: on the previous generation, the fins are integral pieces of the fabric hood; on this version, they're purely ornamental design elements. That sentiment carries through too much of the overall impression. The first Boxster Spyder was praised for its directness, animation, and visceral rewards. The new one grew up, and lost some personality at finishing school.

For all of the taunting and mud thrown at the traditional Boxster, it is a splendid sports car. The Boxster Spyder, with less weight and a lot more power and that resilient suspension, is an excellent sports car. But we already know Porsche makes excellent cars. Instead of using the 3.8-liter here, we wish Porsche had stuck to the old formula and taken 200 pounds out of the current Boxster S, then sharpened it. We suspect that would not only have been an excellent car, but a special one. 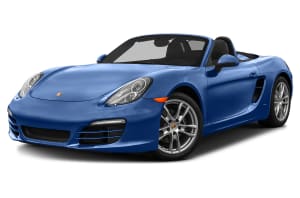