Noah Joseph
It's started. The Chinese cars are coming. Only they're not badged as Chinese cars – they're Volvos.

The Swedish automaker – owned by China's Geely – has long been planning on importing the long-wheelbase version of the S60 it produces in the People's Republic to the US, unveiling it in Detroit earlier this year as the S60 Inscription. And now that process has begun in earnest.

According to Automotive News, the first batch of S60Ls left the plant in Chengdu in southwestern China last week, bound for Shanghai, from which they'll be shipped across the Pacific to the United States, expected to arrive in dealerships in about two months.

Into its wheelbase stretched by 3.4 inches, the S60 Inscription packs more upscale trim and equipment than the standard S60, and comes powered by a 2.5-liter turbocharged inline-five with 240 horsepower, available in either front-drive or all-wheel drive. The Inscription model will serve as a third pillar in the range, alongside the performance-oriented S60 Polestar and the rugged S60 Cross Country.

Although the company also operates additional plants in China and Malaysia, the rest of the Volvos sold in America are built either in Sweden or Belgium. Volvo recently announced it will build its first US assembly facility in South Carolina. 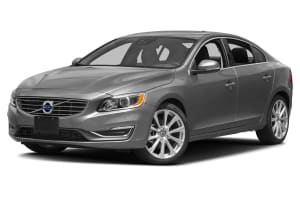