Volvo may be known more for producing safe, even luxurious cars, but it has been known to produce the odd hot hatch. The C30 T5 was no slouch with the turbo five from the old Focus ST, and the C30 Polestar Performance Concept was absolutely bonkers. And now Volvo and its performance partner have teamed up again to turn the V40 into something altogether more desirable.

Called the Carbon Edition, it upgrades on the top-of-the-line V40 R-Design with a number of enhancements from Polestar. Volvo's racing and tuning partner has worked to improve throttle response, engine performance, gearshift speed, gearshift precision and hold, and off-throttle response – particularly on automatic versions. As with the Drive-E enhancements announced recently, mid-range engine performance has been paid particular attention.

As the name suggests, the V40 Carbon also packs some choice woven trim, as well as 19-inch wheels, red seatbelts, and other upgrades. Buyers will be able to choose between the T5 engine with 253 horsepower and 295 pound-feet of torque or the D4 with 200 hp and 324 lb-ft.

Before you get too excited though, know that Volvo will only make 343 examples, available exclusively in Finland, Sweden, the Netherlands, France and Japan – but not in the United States where the V40 has never been offered altogether. Expect these and other enhancements, however, to make their way to other models in the Volvo range.

The first model to get the new Polestar Performance Optimisation is the limited edition Volvo V40 Carbon.

The engineers of Polestar have transfered the same development philosophy as when optimising race cars to the new optimisation for the V40 Carbon. The key areas of improvement are drivability and driving control, fully utilising the latest and most advanced ever drivetrain from Volvo.

The Polestar optimisation has been designed to provide the driver with faster and more exact responses to commands. This enables a clear and predictable behaviour of the car, something that is important for all forms of active driving, no matter on a racing circuit or regular roads.

A total of 343 V40 Carbon will be produced, available in Finland, France, Japan, the Netherlands and Sweden, with the T5 and D4 engine, producing 253 hp/400 Nm and 200 hp/440 Nm in peak power respectively with the Polestar optimisation*.

The increase in power and torque is concentrated to mid-range** performance, the key area of the engine for active driving, with a maximum increase of 25 hp/50 Nm for the T5 and 16 hp/40 Nm for the D4 in mid-range.

The first optimisations for other Volvo models with the new Drive-E engines will be released in the last week of June 2015, starting with the T6, T5, D5 and D4 engines, further information will be available here.

* = The Polestar Performance Optimisation is standard for the V40 Carbon in Sweden and optional on other markets.
** = The mid-range of the engine is defined between approximately 2000 to 4500 rpm for petrol engines and 1500 to 3500 rpm for diesel engines. 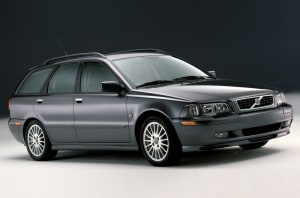