The cars of notorious dictators

Hitler, Mussolini And More All Had Their Favorites

Erin Marquis
It's good to be the king, at least until your people have had enough of you. Last week, we brought you famous presidential cars. This week, we're going to the opposite end of the political spectrum, looking at what history's mad men drove throughout their repressive and violent regimes.

These dictators were absolutely powerful, and absolutely corrupt. More nightmares for their people than rulers, their iron-fisted control gave them the ability to satisfy any wild desire with nearly limitless funds. While they all splurged on luxury goods, cars were a particular passion of many dictators. Cars make a powerful statement to the public about wealth, status and control. It's how you are presented at ground level to your adoring masses or mortal enemies. A custom luxury car with plenty of armor plating reinforced the specialness and "otherness" of the ruler to friend and foe alike.
Muammar Gaddafi, Libya, 1969 - 2011 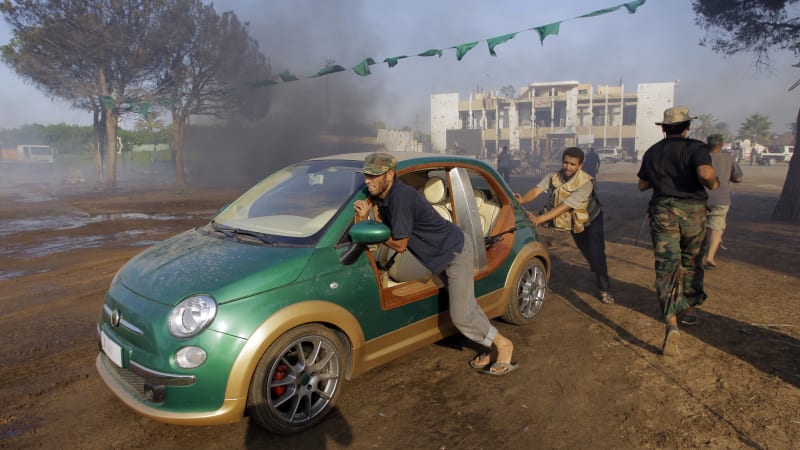 Lybia's President for Life Muammar Gaddafi fancied himself not just a car enthusiast, but a car designer for the masses as well.

He supposedly designed a car called the "Saroukh el-Jamahiriya" or Libyan Rocket. It had a 230-horsepower V6 and the nose and tail of a rocket. He was trying to produce a safer car. What makes it safe car? Tough to say. Not a lot was ever released it. Apparently the el-Jamahiriya did come with airbags and collapsible fenders in case of a collision. A spokesperson said "The invention of the safest car in the world is proof that the Libyan revolution is built on the happiness of man." We'll just have to take his word for it.

When he wasn't designing his own cars, Gaddafi was ordering up custom rides, large and small. Besides a heavily armored BMW 7 Series and a Mercedes S-Class stretch limo, Gaddafi had this custom Fiat built at a cost of $260,000. The gold in the trim is real gold (of course) and comes with some touches that are pure Gaddafi. For instance, the Fiat badge was replaced with an outline of the continent of Africa, with Libya cut out in green. Rebels seized the Fiat and Gaddafi's other trappings of power after putting an end to Gaddafi's 42 years in control.
Jean-Claude "Baby Doc" Duvalier, Haiti, 1971 - 1986 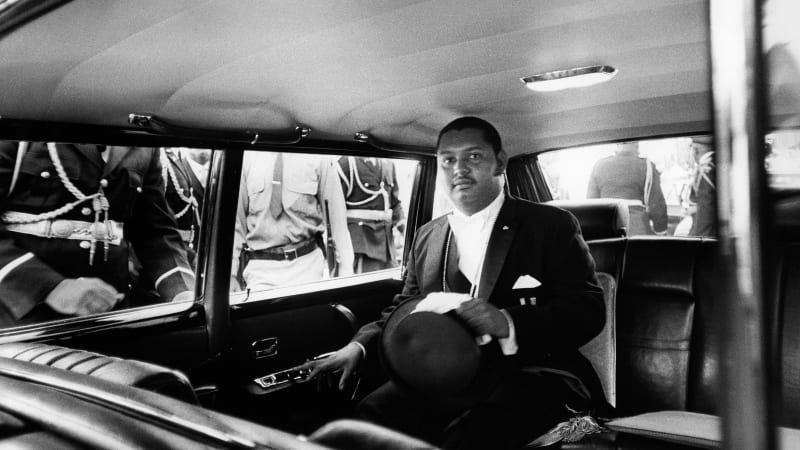 Jean-Claude "Baby Doc" Duvalier was the second-generation dictator of Hati from 1971 to 1986. He made life hell for his people for 15 long years, starting when his father died when he was just 19 years old. Imagine if Justin Beiber was given a tiny island nation to run. Baby Doc continued his father's use of voodoo and deadly force to keep the people in submission and his father's lavish spending. He opened up the country to foreign investment and aid, most of which, almost $500 million, went directly into Baby Doc's pockets. Like many dictators, he favored old Ferraris like the 356 GT 2+2. He also had a Mercedes S-Class, which he used while escaping his rioting population. In 1986, food riots drove the Duvalier family from power. They made off with millions of dollars to Paris. Baby Doc eventually returned to Haiti after the 2010 earthquake. He claimed to want to help rebuild his country, but he was actually broke, having squandered the vast fortune milked from the poor Haitian people. The government was too fragmented to bring Baby Doc to justice before his death in 2014.
Rafael Leonidas Trujillo Molina, Dominican Republic, 1930 - 1961​ 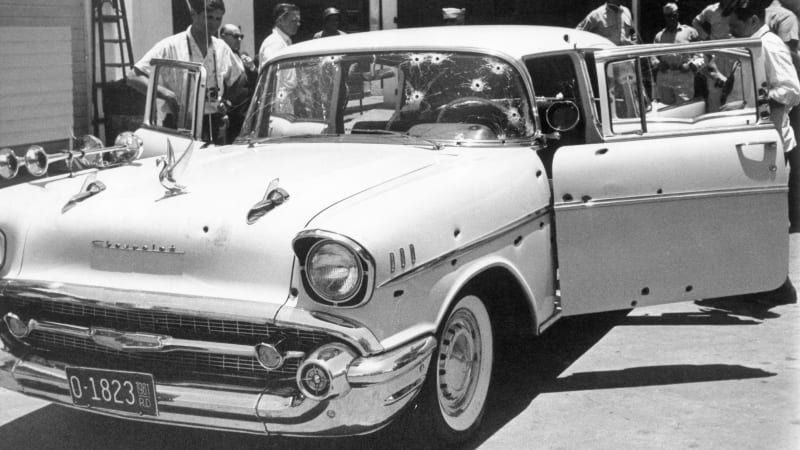 Rafael Trujillo ruled the Dominican Republic with an iron fist from 1930 until his assassination in 1961. He was a fan of motorsports and cars in general. His personal hit man introduced the dictator to Ferraris and they quickly became his favorite brand. His love of cars also took on a dark side during his brutal rule. Trujillo's paramilitary gang "Le 42" would drive through the streets of the capitol in a red Packard, dubbed by terrified citizens the "carro de le muerte".

It is fitting, then, that it was in a car that Trujillo met his end. On May 30, 1961 Trujillo's 1957 Chevrolet Bell Air was ambushed and military officers went all Bonnie and Clyde on the dictator. Trujillo's son Ramfis tried to keep control after his father's death, but a military uprising just five months later and the possibility of American intervention drove the Trujillo family into exile.
Kim Jong-Il, North Korea, 1994 - 2011 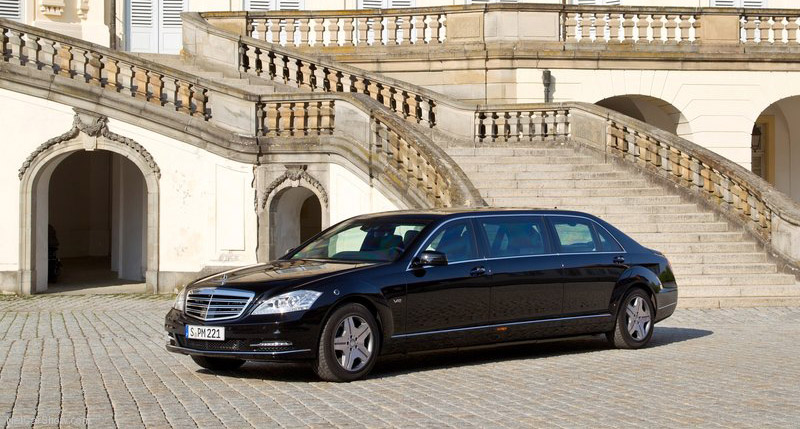 North Korea is called the hermit nation, but even hermits can get what they want when they're in charge. Despite a lack of photographic evidence, it was no secret Kim Jong-Il loved Mercedes. He reportedly spent $20 million out of an $80-million humanitarian relief fund on 20 Mercedes instead of food for starving North Koreans.

In 2009 Kim Jong-Il bought two Mercedes-Benz S600 Pullman Guard limos to replace his favorite Maybach. That year North Korea imported $3.1 million worth of European cars, most of which were handed out to friends, family and party faithful. When Kim Jong-Il died in 2011 of a heart attack, his son and successor, Kim Jong-Un, ramped up spending. Kim Jong-Un's spending on luxury goods has actually more than doubled from $300 million a year to $ 645 million, according to U.N. reports.
Saddam Hussein and Sons, Iraq, 1979 - 2003 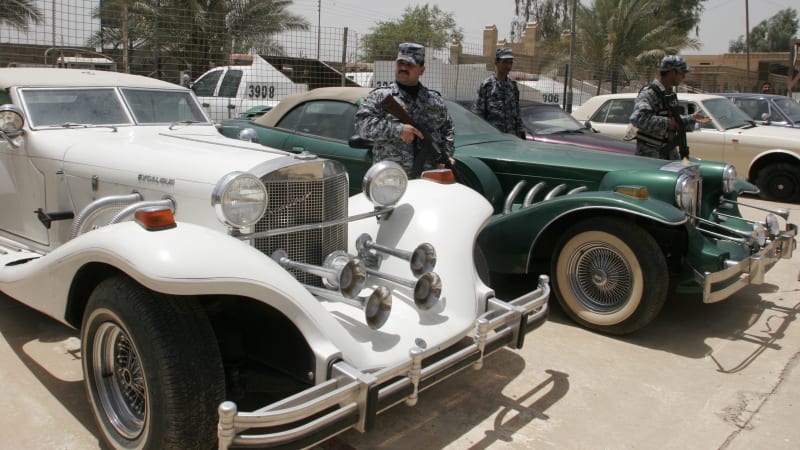 We could do a whole story on the ridiculous cars from the Hussein regime. Saddam Hussein and his sons Uday and Qusay had their father's taste for expensive luxury cars, as well as terrible reproductions and odd-looking customs. Like these, um, beauties that were found in an orchard in 2008. The bloody dictatorial family also had a fondness for customized Mercedes and rare classics. Among the haul found after American forces toppled the dictator was a pink Ferrari Testarossa, a Ferrari F40, a couple of Porsche 911s and the dictator's delight, a Mercedes S600 limo. Hussein's sons died in 2003 during the initial invasion of American forces. Hussein was executed in 2006.
Adolf Hitler, Germany, 1933 - 1945​ 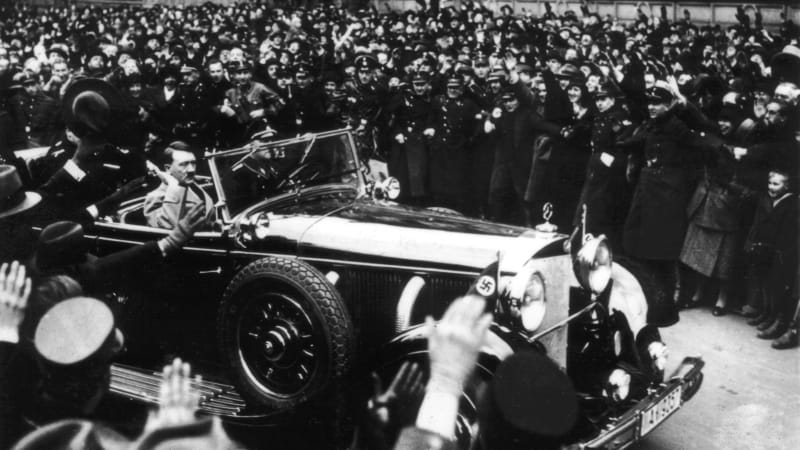 You know who else loved Mercedes-Benz? That's right. One of the most evil men of all time, Adolf Hitler. In fact, the Mercedes-Benz 770 was the favorite of several heads of state, including Emperor Hirohito, who led Japan for more than 70 years, including during World War II. Hitler also owned a 1942 Mercedes-Benz 320 Cabriolet D convertible, one of only eight made (all were constructed for Nazi party officials.)

Benz dreads the Hitler connection being raised, and who could blame it. A recent student's art project that shows a time-traveling Benz mowing down a young Hitler drew the company's ire, despite Mercedes being the hero of the fake commercial.

Volkswagen was helped off the ground in 1933 by Hitler, with the dream of producing a car the average German citizen could afford. Hitler's regime ended in 1945 when he committed suicide in a bunker outside of the Reich Chancellery in Berlin.
Mohammad Reza Shah "The Shah," Iran 1941 - 1979 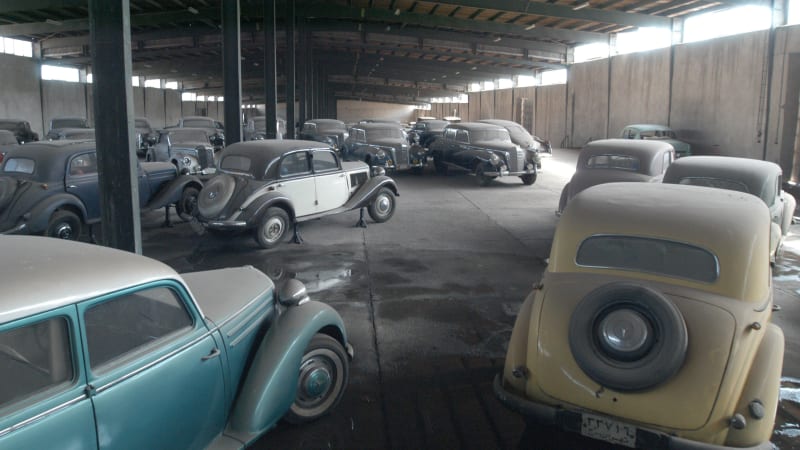 The Shah of Iran had such a huge car collection that there isn't enough space in this article to catalog them all. In fact, the National Car Museum of Iran in Tehran is made up of cars once owned by Iran's ruling elites, the majority of which were owned by the last Shah and his family. Many of these cars, confiscated by revolutionaries, are in storage as there is not enough room to display them all.

The Shah tended to favor Rolls-Royce and that perpetual dictatorial favorite, Mercedes. The National Museum has some remarkable items on display from the Shah's reign, including Queen Diba's 1976 Honda Gold Wing GL1000 and the MPV Tehran Type. Legend has it that the Tehran Type was co-designed by Mercedes-Benz, Porsche and Volkswagen especially for the last crown prince of Iran, and the Shah's eldest son, Reza Pahlavi.
Benito Mussolini, Italy, 1925 - 1943 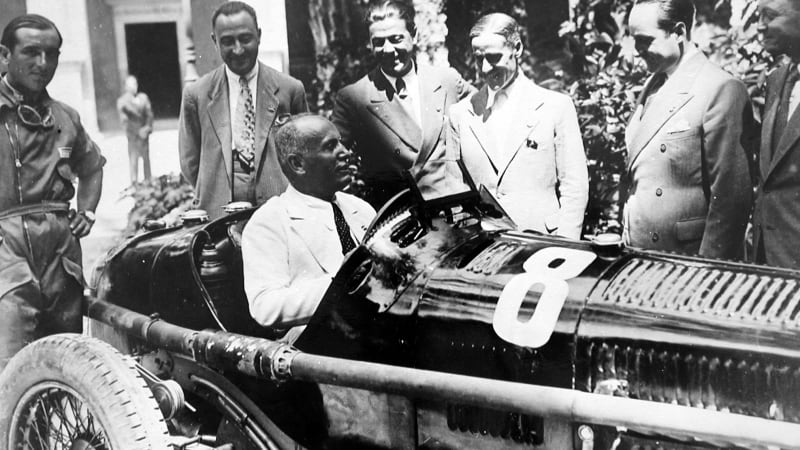 Who is that, sitting in a 1932 Alfa Romeo Monza surrounded by Alfa Romeo and his racing and engineering team? Why it is Il Duce!

Hitler was not the only Axis power to give a leg up to local auto manufacturers. In fact, Mussolini favored Romeos throughout his 18-year reign. So much so that many survived the war, and the cars occasionally still pop up. Last year a 1939 Alfa Mussolini gave to his mistress went up for auction in Paris. Il Duce also drove a Alfa Romeo 6C 2300 Pescara Spyder. Instead of a normal chauffeur, Mussolini hired Ercole Boratto, a former Alfa Romeo factory test driver. Mussolini was forced from power by opposing factions in the Italian government. Once Communist forces found him they assassinated Il Duce and strung up his body for any lingering fascist forces to see.