Mansory drenched the Lamborghini Huracan in carbon fiber and cranked the engine to more than 1,000 hp. The result? Something called the Torofeo, which was revealed at the Geneva Motor Show.

The name refers to toro, which is Spanish for bull, and the Super Trofeo Motorsports line. Mansory added new air intakes up front to improve cooling, widened the body, made the wheel arches more prominent and gave the supercar new mirrors. There's also a new rear spoiler and diffuser that enhance air flow. The tuner says the carbon-fiber pieces are even lighter than Lamborghini's stock parts. There are also enhanced daytime running lights as a passive safety feature.

Under the hood, the 5.2-liter V10 gets two turbochargers and is rebuilt with new pistons, camshafts, connecting rods, a new fuel system and a water-cooled intercooler. There's also an upgraded exhaust system. The enhancements lift the Huracan to a claimed-1,000 hp, up considerably from the usual 600-plus hp.

The cabin is upgraded with more leather, Alcantara-covered seats and a new steering wheel. It all rolls on forged alloy wheels that measure 20 inches in front and 21 in the rear.

Sound good? Mansory also brought plenty of other cars, including a slightly less powerful Lamborghini, to Geneva, as well.

A radical, new interpretation of the Lamborghini Huracán is the latest development from the premium manufacturer MANSORY. Referring back to the Spanish "Toro" meaning bull and the Super Trofeo Motorsports Range, MANSORY have christened the sports car TOROFEO. Radical changes have been made to the body, engine and interior, making the "little" Lambo a real MANSORY car.
And as you would expect from MANSORY, they didn't hold back in their use of carbon fibre. Where Lamborghini thought they had maximised the use of carbon fibre, MANSORY have added an extra touch based on their core competency. No other company in the market is as closely linked to the use of carbon fibre as MANSORY. These specialists manufacture and process this ultra-light, extremely strong material taken from the world of motorsport in their own in-house autoclaves, which means they don't have to rely on suppliers. This gives them complete freedom in the scope, fit and design of components.

The best proof of this can be seen in the completely newly designed carbon fibre body. There are new highlights both in terms of appearance and engineering. For example, the striking air intakes in the new front apron optimise the flow of fresh air to the cooler. Alongside the specially developed front lip, this leads to enhanced downforce for better road holding at the limits of performance. New, particularly the bright daytime running lights in a crystal design, which also deliver something extra in terms of passive safety.
From the side, the striking side skirts, the newly designed mirror housings and the enhanced wheel arches bear the unmistakable MANSORY hallmark. At the front, the body is 30 millimetres wider, and a proud 40 millimetres at the back. Function and appearance go hand in hand here too. Not only are the new carbon fibre components lighter than their standard equivalentsDazu erhält der TOROFEODO APERTOSerienSicherheit.erblickin Carbon getaucht., they also channel fresh air to both the engine under the new finned safety glass bonnet and the rear braking system. The vigorous rear spoiler and the diffuser built into the new rear apron are responsible for the perfect channelling of the flow of air under the car.

All of these technical enhancements were needed, as the TOROFEO significantly surpasses the performance results of the standard Huracán. In fact, MANSORY have rebuilt the 5.2 litre capacity V10 engine. Kourosh Mansory's team have installed pistons, connecting rods, bearings, camshafts, a water-cooled intercooler and an entire fuel system, and they have also built-in two bearing-mounted MANSORY turbochargers. This means the TOROFEO has a completely newly aligned exhaust system from the engine to the stainless steel tailpipes in the rear apron. The result of this extensive conversion process is an increase in performance which even demanding connoisseurs would not have expected: MANSORY have driven peak power up to an incredible 1.000 hp (919 kW) at 8.250 rpm (Series: 610 hp at 8.250 rpm). The engineering division have to limit maximum torque electronically at 1.000 Newton metres. The four wheel drive sports car takes a mere 2,7 seconds to race from 0 to 100 km/h and only stops accelerating beyond 340 km/h.

To transmit the power generated by the completely re-worked V10 cylinder to the road, MANSORY have placed their faith in forged alloy wheels size 9x20 and12.5x21 inch with tyres 245/30ZR20 at the front and 325/25ZR21 at the back.

It goes without saying that MANSORY have carried out the interior work in their own in-house saddlery. As with the aerodynamics components, the enhancements to performance and the wheels, MANSORY only thinks in superlatives when it comes to the interior refinements. The leather alone combines properties which normally demand compromise, as it is extremely durable, yet as supple as a leather glove, The leather and Alcantara covered seats and the dashboard harmonise wonderfully with the new sports airbag steering wheel, the aluminium foot pedals and the countless carbon fibre applications. 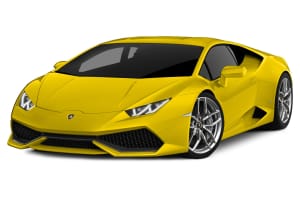