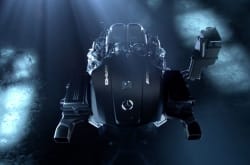 Mercedes-Benz can't seem to help itself from leaking out information about the upcoming AMG GT sports coupe, but this is one seriously big drop of news. We already know what its sounds like, but a new video reveals a ton of juicy technical details about its twin-turbocharged, 4.0-liter V8 called the M178, including its power and torque figures.

Mercedes claims that the M178 cranks out an impressive 503 horsepower and 479 pound-feet of torque. A narrator also explains in very carefully enunciated English some of its other attention-grabbing features, like a dry-sump lubrication system and turbos in the V between the cylinder banks. Compared to the original, standard SLS AMG that the AMG GT is replacing, the new engine is down 60 hp but has the same amount of torque. Keep in mind, the GT is meant to be a smaller vehicle than its predecessor, as well.

This same engine is also heavily rumored to show up under the hood of the next-generation C63 AMG to replace the current 6.2-liter V8. Assuming the C-Class has the same tune of the M178, it would have nearly as much power and more torque than the current C63 AMG Edition 507 model.

The AMG GT isn't scheduled to fully debut until sometime this fall, but it seems Mercedes isn't afraid to drop big details about it up until then. Scroll down to watch the video detailing AMG's latest engine.