Chris Bruce
Aston Martin markets itself as offering the classy alternative to hardcore sports cars. Its vehicles are certainly capable, but they are also sold as offering an extra dose of luxury to go along with their power. The company is leaning hard into that image in a new short film called The Art of Vanquish.

Over the grumble of the coupe's V12, the announcer reads a poem about the metaphor of life's journey, and it positions the Vanquish as a symbol of progress. The film is interspersed with shots of luxury goods like thickly upholstered leather chairs and products from sound system maker Bang & Olufsen, men's clothier Hackett London and Swiss watchmaker Jaeger Le Coultre. The production team True Motion Pictures created the short and has also done projects for Audi and Sony, among other companies.

Of course, the idea that Aston Martins and other luxury goods are a symbol of life's adventure is a little contrived. It's still just a car after all – albeit an absolutely gorgeous one. Still, the film is an opportunity for a closer look at the Vanquish, and its wonderful growl is featured throughout. Scroll down to watch the video and be swathed in its poetic concept of luxury.


Aston Martin, 'The Art of Vanquish' from True motion pictures on Vimeo. 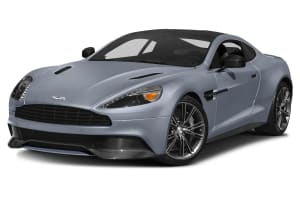