Florida man uses BMW to advertise for a wife

Brandon Turkus
Whether it's an owl trapped in a Ford or a stripper truck in Tampa, the Sunshine State that is Florida never ceases to amaze us. And this time it's given us what could very well be the most overt way a car has ever been used to pick up chicks.

The bizarre story involves a BMW 6 Series and a single man looking for love in all the right places, the wrong places and every highway in between. According to a report from ABC News (which you can view below), 38-year-old Russian immigrant Alexander Gorbunov posted a sign in the back window of his drop-top Bimmer that says "Looking For A Wife," accompanied by his phone number.

"I have received over 500 text messages, my cellphone has died!" the Gurbunov told ABC. "I've received 250 calls in one day so far, from France, from the Caribbean, from Jamaica, from Brazil, Switzerland, maybe Finland too." Gorbunov claims he screens out women he thinks might be too materialistic. "Sometimes uh, girls text me, 'Hi, nice car.' First, 'nice car.' I feel this lady not for me. First question about car, where you live? Ok, thank you. Bye bye."

What's remarkable about Gorbunov's tactics is that, according to Yahoo! News, it's worked before. He fitted a sign to the back of a Hummer H2 advertising on behalf of his uncle, which eventually found a match. He also tried a similar tactic when he lived in Russia, although the number of responses was considerably lower. 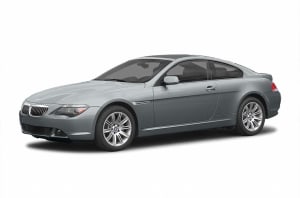