The 2015 Chevrolet Colorado will no doubt be one of the bigger debuts at this week's LA Auto Show, but the new midsize pickup won't be the only bit of news coming from the Bowtie brand. Chevrolet has just confirmed that two new Sonic models will hit the stage in LA – the RS Sedan and the production Dusk, the latter of which we first saw in concept form at the 2012 SEMA Show ( pictured below).

No specific details have been released about either model just yet, but we have a pretty good idea of what to expect. For starters, the RS Sedan should, quite simply, be a version of the RS hatchback that we've already driven, just in a more basic (and, if we're honest, less attractive) form. Expect the Sonic's 1.4-liter turbocharged four-cylinder engine to be found underhood, tuned to the same 138 horsepower and 148 pound-feet of torque as the hatch.

As for the Sonic Dusk, we already knew this one was coming, but at the LA show, Chevy will debut the production model, set to hit dealerships early next year. Assuming nothing has changed from the concept we saw last year, the Sonic Dusk will be painted in a new Ashen Grey color, with matte-finished trim on the grille, door handles and rear decklid. The Dusk should also roll on a set of large, unique alloy wheels, similar to those found on the Camaro Dusk that was introduced in 2009. Inside, expect a black and tan interior treatment with leather seats and suede accents throughout the cabin.

We'll have the official smattering of Sonic info later this week live from LA, so stay tuned. In the meantime, scroll down to read Chevy's press blast about all of its LA happenings.
Show full PR text
13 Chevrolets make first appearance at LA Auto Show

LOS ANGELES – Sixty percent of the Chevrolet vehicles on display at this year's LA Auto Show will be making their first appearance at the show, wrapping up one of the brand's most significant years with 13 new or significantly redesigned products launching in 2013 in the United States.

Chevrolet will unveil the all-new 2015 Colorado on November 20 at the show. The Colorado is engineered to be the most versatile and technologically advanced midsize pickup truck in the market.

In addition to the Colorado, Chevrolet plans to introduce two new sedans to the Sonic family, the Sonic RS Sedan and the Sonic Dusk. Both represent Chevrolet's commitment to bringing new, younger customers to the brand by offering vehicles with advanced technology and functionality at attractive prices.

"Chevrolet has one of the freshest portfolios in the industry which enhances our ability to attract new customers in our showrooms, particularly for our new products," said Chris Perry, vice president of Chevrolet Marketing. "This year we established a solid foundation for the brand and we will continue to build on that momentum into 2014."

In California, total Chevrolet retail sales in California have increased more than 21 percent year over year, led by vehicles such as the Cruze, Impala, Spark and Volt. 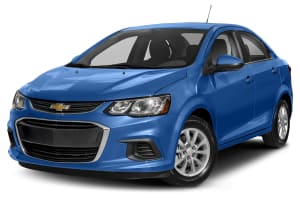