There's little question that Lexus has succeeded in challenging its German rivals in the luxury marketplace. And with the LFA, it has proven that Japan can build a world-class supercar. What's left blank is the space in between.

Toyota Motorsport GmbH came up with a compelling answer in the form of the Sports 650 prototype, a Lexus LS with a 5.0-liter twin-turbo V8 producing 641 horsepower and other go-fast components to challenge the likes of the Mercedes-Benz S63 AMG and Audi S8. Toyota boss Akio Toyoda was reportedly so impressed with the project that he initially ordered TMG to build ten examples – one for him and each of his nine best friends. But since the model on which the project was based has since been replaced, questions remain over the project's fate.

Georg Kacher – European correspondent for Automobile and Car magazines – recently drove the prototype and reports that "the project will now likely be transferred to the new model out in 2015." That could come down purely to speculation, but Kacher tends to get the inside line on industry news, so this particular bowl of gossip soup might not requite the usual grain of salt we otherwise might add. 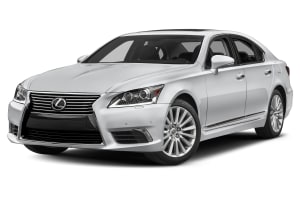