Danny King
This week, Mitsubishi began European sales of its delayed Outlander Plug-in Hybrid SUV, and the Japanese automaker says it has received advance orders for 10,000 units since it started taking them across the Pond late last year, according to Hybrid Cars. The company is starting European sales of the model in the Netherlands, heading next to the Nordic countries and will then work its way through the rest of the continent. Production of the European version began in August at the company's Okazaki factory in Japan.

Mitsubishi says the Outlander PHEV has an all-electric range of about 32 miles and a fuel economy is about 124 miles per gallon (using the more lenient European driving cycle). The model first went on sale in Japan earlier this year, but production was stopped in March after batteries were found to be short-circuiting because of a malfunction caused by a screening process that caused the batteries to melt. This process has since been discontinued. The Mitsubishi-GS Yuasa joint-venture Lithium Energy Japan was making the batteries.

Mitsubishi, which is making about 4,000 Outlander PHEVs a month and has no hybrids in the US, has estimated that US sales of the plug-in SUV will start next fall. The company's only electric-drive vehicle in the US is the low-production Mitsubishi i (known overseas as the i-MiEV). 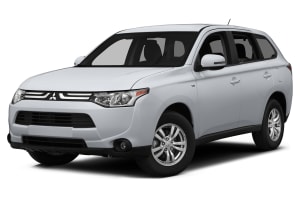