Danny King
D'oh! General Motors will discontinue the 2014 model-year Chevrolet Malibu Eco hybrid because of the improved fuel efficiency of the Chevy Malibu's new four-cylinder engine, Fox News says. The culprit, if you want to call it that, is the new stop-start system that shuts down the four-banger when the car is not moving. The result is that the base gas-powered Malibu gets 25 miles per gallon city and 36 mpg highway - the same fuel efficiency as the Malibu hybrid. Meanwhile, the four-cylinder version costs about $3,700 less than the hybrid and delivers more horsepower.

The good news is that the "Eco" name won't disappear (heck, it's part of GM's TV advertising campaign, so that can't be wasted). No, that suffix will now appropriately be added to the 2.5-liter gas-powered Malibu, though the mild-hybrid eAssist drivetrain found on the Malibu hybrid will remain on the Buick LaCrosse and Regal models, Fox News says, citing a Chevy spokesperson.

Malibu hybrid sales have started to lag in recent months. While sales were down just 5.4 percent through September, last month's sales plunged 48 percent compared to September 2012, to just 858 units. LaCrosse sales are also down substantially, though Regal sales are up a healthy 29 percent this year. 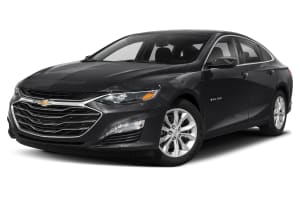