The debate about what direction to take perennially struggling Volvo has been raging for years. Should the Swedish marque go upscale and try to chase other European luxury brands, or should it stick to its safety-minded knitting? Should it adopt flashy new styling and a more overt performance bent, or keep it Scandinavian clean and responsible? Chinese parent brand Geely apparently has designs on making Volvo a full-fledged BMW rival – particularly in its homeland – including pushing for a range-topping 7 Series competitor. However, Volvo execs have been repeatedly pushing back on the idea. In fact, it's understood that this philosophical crisis contributed mightily to the high-profile departure of Stefan Jacoby, the company's CEO until the middle of 2012 (Jacoby has since rebounded to head international operations for General Motors).

There doesn't seem like any middle path in this debate, but that apparently isn't going to stop Volvo from trying. According to a sprawling Reuters report, Volvo will placate Geely chairman Li Shufu with a stretched and lux'd up version of the next S80. Yet Li still isn't completely satisfied, and he's said to be pushing for "a plusher and bigger model he calls the S100" to rival cars like the Audi A8. For the moment, it is not clear if the larger S80-based model will be a global offering, or just another one of China's many home-market, long-wheelbase specials.

The question of future Volvo styling is up for debate as well. According to Reuters, "Insiders say Li is a big fan of the new styling that design chief Thomas Ingenlath has brought to Volvo" (The latest example, the Concept Coupe from this week's Frankfurt Motor Show, is shown above.) Yet there are those who worry whether the company's new styling strategy is showy enough to appeal to China's wealthy. Chairman Li would still like to see a range-topping sedan for "show-off people," but Volvo's management doesn't want to go down that road. Clearly, this won't be the last we hear about the company's existential boardroom battles. 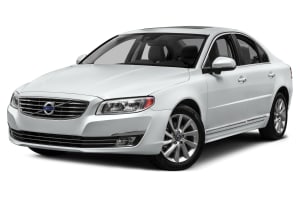