Lauren DeAngelis Puckett
Fans of Top Gear host Jeremy Clarkson might want to make plans to be in the UK next weekend. On August 24, Anglia Car Auctions in King's Lynn is auctioning off Clarkson's black 1999 Jaguar XJR as part of its classic sale. According to the auction house, the Jag was "originally the daily drive" of Clarkson and has had one registered owner since.

This isn't the first time Clarkson has crossed paths with Anglia Car Auctions. Back in 2009, he and fellow Top Gear stars James May and Richard Hammond made an appearance at another vintage auction to buy vehicles for a future segment of the show. 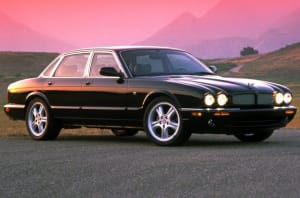