View All Specs
There are two things that the Mercedes-Benz SLS AMG hasn't been lacking in its short time in existence: more power and more letters in its name. But for 2013, Mercedes gave its AMG supercar more of both courtesy of the 583-horsepower SLS AMG GT, and while we've already covered the Coupe, Electric Drive and the 2014 Black Series versions this year, I recently got to spend the better part of a week driving the droptop Roadster model.

I've driven the SLS – both Gullwinged and roofless – numerous times in the past, and I'm happy to report that this car never feels old. Despite losing its signature roof-hinged doors, the SLS Roadster still makes quite an entrance wherever it goes, and doing so with the top down makes driving the car even more enjoyable. 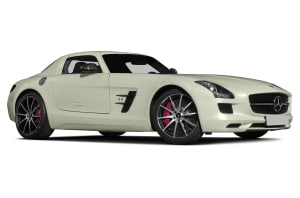