According to an Automotive News report, Chrysler Group is saying adios to Toluca, Mexico, and moving production of its next-generation Dodge Journey to Detroit, Michigan, when the model is replaced in 2016. The change of venue, discovered through sources at suppliers, would mean the mid-size crossover would be built alongside the next-generation Chrysler 200 sedan, due in 2014, at the automaker's Sterling Heights Assembly Plant. It would also leave the Toluca plant without a product after 2016.

Chrysler has been assembling its Journey in Mexico to facilitate exporting to Europe and South America (where it's rebadged as the Fiat Freemont). However, shifting production to the States would allow for higher sticker prices in those markets, according to current trade agreements. In addition, the move would consolidate the automaker's CUSW-platform vehicles (e.g. Dodge Journey, Chrysler 200, Dodge Dart, Jeep Cherokee) to three assembly plants, all geographically close, easing supply chains and lowering costs. Chrysler has not commented on the report. 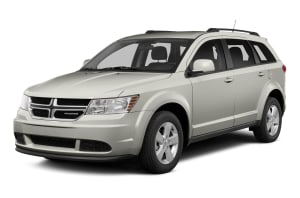