Jeremy Korzeniewski
In one of the most interesting roundtable discussions we've seen in quite some time, the boys from Motor Trend, along with pro racing driver Randy Pobst, sat down with SRT head honcho Ralph Gilles to discuss the 2014 Viper. And the Chevrolet Corvette ZR1, naturally. As you may remember, Motor Trend has filmed two videos pitting the latest Viper from SRT against the standard-bearing ZR1, with the Viper losing the first battle but barely eking out a victory with the upgraded TA model in the second.

A few interesting tidbits sneak out regarding the Viper, such as the fact that an ACR model isn't ready "yet," as well as the story of how the TA model came into existence after the first test by Motor Trend. Apparently, that test also resulted in a slight softening of the regular Viper's suspension for production. Interestingly, Gilles doesn't seem ready to admit defeat even in that first testing session, saying that the Viper used by MT was a pre-production model and that it had been out of alignment – that said, he does offer up an apology of sorts for "throwing gas on the fire" on social networks after the video hit the web.

Moving away from the Viper toward the end of the discussion, Gilles touches on the new Camaro Z28 and mentions that "the Challenger is under the knife as we speak... and we're going to come with an answer to [the Z28] and an answer for our friends at Ford." That sounds mighty intriguing... though Gilles also admits that a Cuda isn't coming "anytime soon," but that it is "a couple years out" on a different platform than the Challenger. Fortunately, it sounds like the next-generation of the Challenger SRT will make an appearance in New York in 2014.

There are plenty more interesting tidbits in the video, so we suggest you take about 20 minutes of at the end of your day to watch it yourself. Scroll down below to watch it, along with the two MT videos comparing the Viper and ZR1 at Laguna Seca. 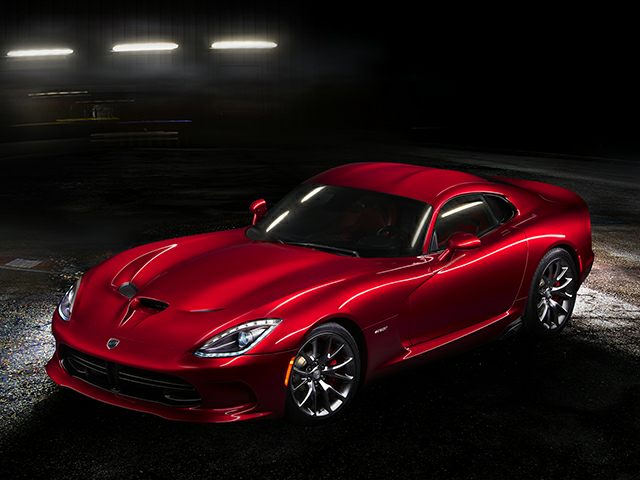